At the end of any year, there’s always reflection about whether it was a good one or not. While one might focus on those we lost, various scandals, and other setbacks they’ve endured, The Walt Disney Company is, at its core, about bringing joy to the world and making memories. With that in mind, we’ve compiled our list of the Top 10 greatest Disney moments of 2018.

While most Disney fans don’t get the chance to appreciate the company’s innovations until they’re employed in the Parks, sometimes it’s interesting to see what they’re working on well in advance. Case in point: this Stuntronics clip that shows an autonomous robot flinging itself through the air. This particular demonstration actually seemed to gain steam as time went on, with the video resurfacing every few weeks since it was released. Watching and imagining the possibilities, it’s easy to see why so it drew so much interest.

If the Struntronics clip turned heads, a sneak peek at the Enchanted Tale of Beauty and the Beast released earlier this month incited uncontrollable fits of envy among domestic Disney fans. As part of the video showcasing what’s in the works for the Tokyo Disneyland attraction, a stunning Belle Audio-Animatronic is shown. Naturally, this sight was quickly .gif’d, shared on social media, and a firestorm was set off — likely inspiring many trips across the Pacific come 2020.

From Tokyo to Paris, this year brought the inaugural FanDaze event to Walt Disney Studios Park. As part of the festivities, attendees of this hard-ticket event could take photos with dozens of rare characters, purchase exclusive merchandise, and enjoy specialty entertainment. Of those offerings, the stage show Max Live proved to be the headliner of the evening, combining music, character, pyrotechnics, and more into one impressive spectacle. If you missed it, be sure to watch our highlights video above.

Speaking of rare characters, it seems unlikely that anyone could have predicted that Humphrey the Bear would be featured on anything joining the Disney Parks in 2018. Yet, that’s exactly what happened when full body dryers popped up in Disney California Adventure bearing artwork of the, well, bear. Alas, this entry is not without controversy as some found the body dryers tacky. Additionally, it seems that the depiction of Humphrey may have been accidentally “inspired” by fan art (oops). In any case, we’re counting this one as a win overall.

The Tropical Hideaway Brings SEA and Rosita to Disneyland

Normally the addition of a quick-service restaurant wouldn’t likely make our “best of” list. However, Disneyland’s recently-open Tropical Hideaway is much more than that. Sure, it does have some tasty treats — including additional Dole Whip options — but the real star is the area itself. From bringing the famed Rosita to the park to furthering the Society of Explorers and Adventurers (SEA) storyline, this spot certainly understands fan service. Moreover, it apparently includes some Easter eggs hinting at future attractions, only increasing interest in this Adventureland destination.

This summer, Jennifer Lee and Pete Docter were named the Chief Creative Officers of Walt Disney Animation Studios and Pixar respectively. The news was notable for a few reasons. First, it resolved a rough patch for the studios following the less-than-honorable departure of John Lasseter. Secondly, the general consensus seemed to suggest that Lee and Docter were the perfect people for their positions. Obviously, we won’t see the influence of their promotions for some time to come but here’s to a new era in the history of both animation powerhouses.

When Christopher Robin hit theatres this summer, it wasn’t quite a runaway hit. Doing respectable businesses at the box office and maintaining an overall “Fresh” rating from critics, the movie was not without its touching moments even if the overall product was more a mixed bag. Adding to the nostalgia found throughout was a mid-credits scene that not only included a tune penned by Richard Sherman but also featured the man himself. So even if the movie didn’t leave you wanting more, it at least had you tapping your toes.

In case you didn’t know that this year marked Mickey Mouse’s 90th birthday, Disney spent the past several months making sure you knew it. This celebratory campaign included some winners (the Mickey: The True Original art exhibit in New York) and losers (the ABC special), but one of the best moments came the week of the big day itself. Capping off a whirlwind tour of the 12 Disney Parks that GMA’s Ginger Zee and fan Patrice Jenkins embarked on, the duo were joined by Mickey Mouse at Magic Kingdom on a morning in November. Soon after, 90 characters hit the castle stage to celebrate the Mouse in charge. Even better, our own Jeremiah Good got the chance to see this display in person — a great moment, for sure.

When Comcast officially placed an unsolicited bid for the same 21st Century Fox assets that Disney had agreed to purchase, Marvel fans could start to see the X-Men and Fantastic Four slipping away. Luckily, Disney soon topped Comcast to once again to gain pole position. Still, many assumed Comcast would fire back. In fact, some on our team members got up early each morning just in case new broke. In the end, Comcast bowed out from the Fox fight, instead turning to Sky (which they later won). That may be a bummer from a business perspective, but there’s no doubt Disney won the one that really mattered. 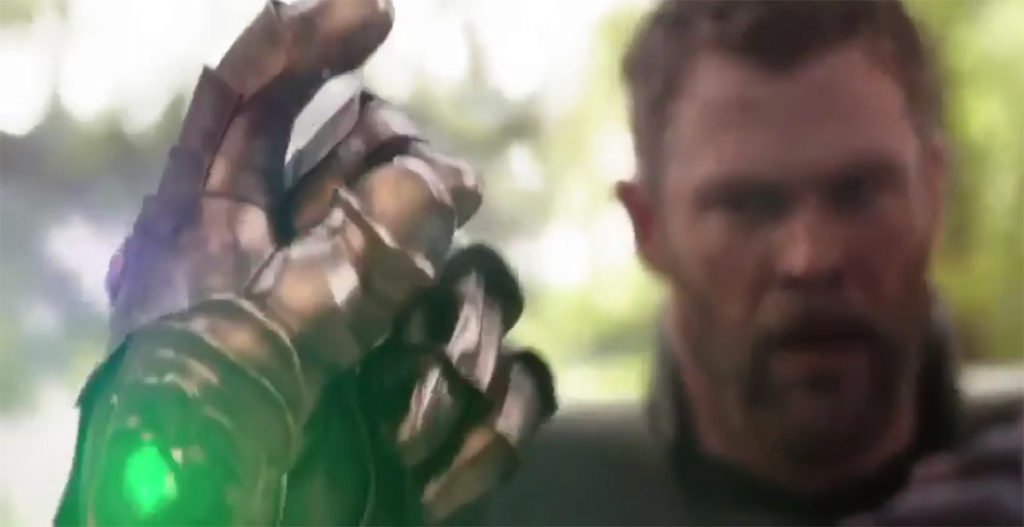 “What did you do?!” That’s what the God of Thunder shouts right after Thanos put the thumb and middle finger of his gauntlet together, eliminating half of all life in the process. Even if fans knew that Avengers: Infinity War probably wouldn’t have the happiest of endings, few could have predicted just how emotional and shocking this conclusion was. Once the deep depression wore off a bit, “the snap” became an Internet sensation, inspiring all of the memes. Sure, announced sequels would suggest that those we saw turn to dust aren’t gone for good, but no one can deny how impactful this sure-to-be-iconic film moment was.