Toy Fair 2019 has come and gone in New York City, but we’re still processing all the amazing toys and games we saw previewed that are coming out throughout the next year. One of the coolest booths we had the pleasure of dropping by was assembled (no pun intended) by Ravensburger, the German company that has cornered (ditto) the European market on jigsaw puzzles.

In addition to its main line, Ravensburger’s sub-brands include BRIO, Wonder Forge, and ThinkFun. The company– which is celebrating its 135th anniversary this year– has more than 160 new puzzles, games, and toys planned for 2019, and a not-insignificant amount of that product is licensed to Disney properties. The biggest and most amazing of those products is the whopping 40,320 piece “Making Mickey’s Magic” puzzle celebrating 90 years of the world’s most famous mouse, which takes up 132 square feet of space when completed and retails for $600.

Other puzzles available from Ravensburger include those inspired by Star Wars, Pixar Animation Studios, Ralph Breaks the Internet, the company’s own Disney Villainous game, Tangled, The Little Mermaid, and other Disney properties.

Ravensburger is calling Wicked to the Core a stand-alone franchise game rather than an expansion, however, as it can be played either on its own or with the original Disney Villainous: The Worst Takes All set.

Getting a demo of @Ravensburger’s #Villainous, which won Game of the Year last night at #ToyFair2019 and has a new Wicked to the Core expansion / stand-alone card game out March 3. pic.twitter.com/D7LvluDVWR

Disney Villainous: Wicked to the Core introduces three new villains: Hades from Hercules, Dr. Facilier from The Princess and the Frog, and the Evil Queen from Snow White. New villain decks include custom illustrated cards that tie in with each villain’s storyline and the game includes three new jewel-like oversize movers. Wicked to the Core has a suggested retail price of $24.99 and will become available on March 3. 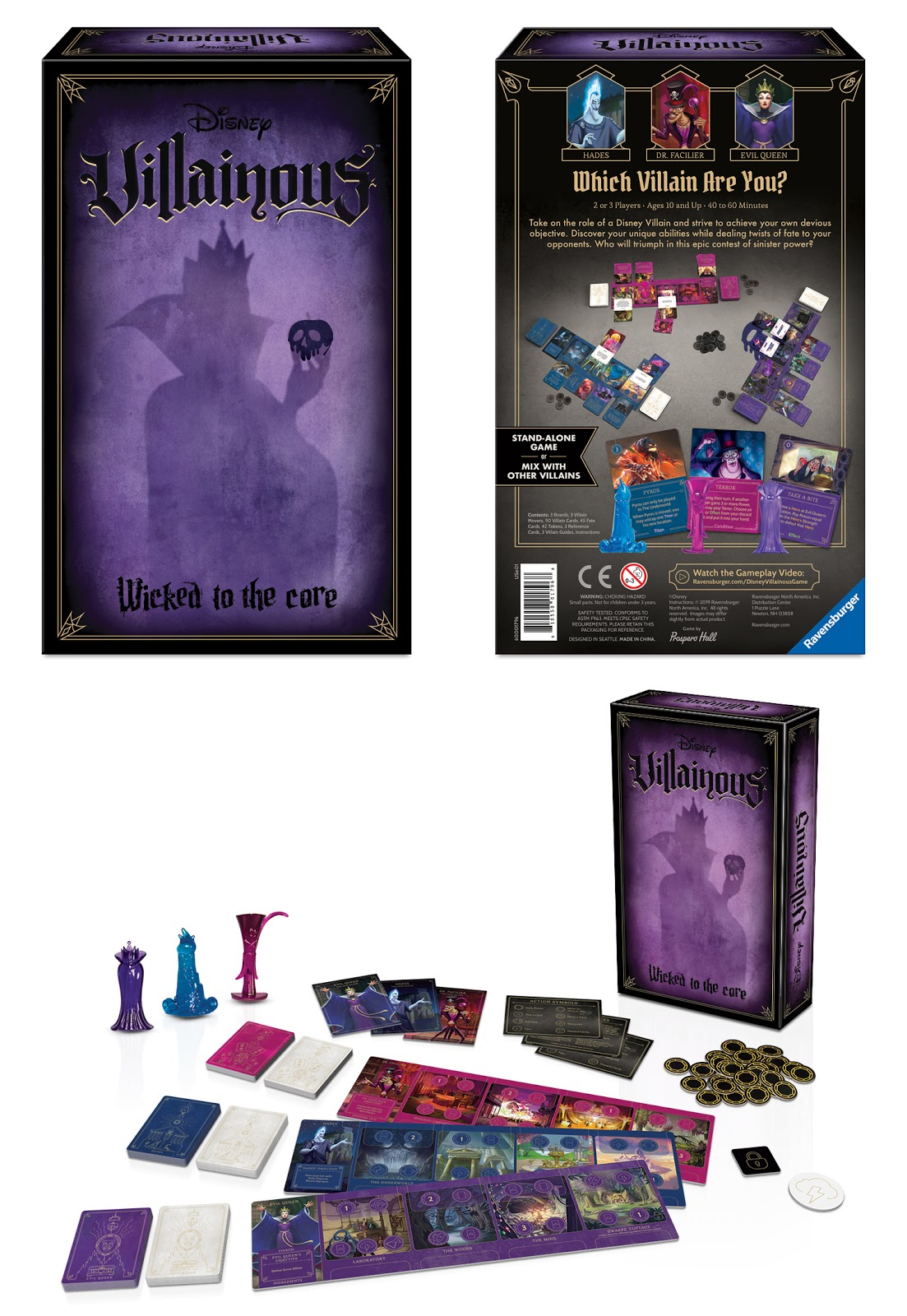 From Ravensburger’s Wonder Forge brand comes the fun Snuggle Time bedtime game starring Mickey Mouse and Friends and intended for ages 3+. This “Cuddly Game of Cooperation” is perfect for any quiet time and lets young ones help Mickey, Minnie, Pluto, and more get farm animals across the soft game board and into the barn before the sun goes down. Snuggle Time retails for $19.99 and will be available in August.

We also spotted a Disney Eye Found It! Hidden Picture Game in Ravensburger’s Toy Fair booth. Kids can discover a thousand treasures across this giant six-foot board intended for ages 1-6. How many can you find?

But my personal favorite item previewed by Ravensburger during this past weekend’s event was a board game based on my favorite movie of all time: Jaws. Touted as “A Game of Strategy and Suspense,” Jaws pits one player as the shark against other players as the crew of Captain Quint’s boat the Orca. This game also retails for $30 and will be available in late June. 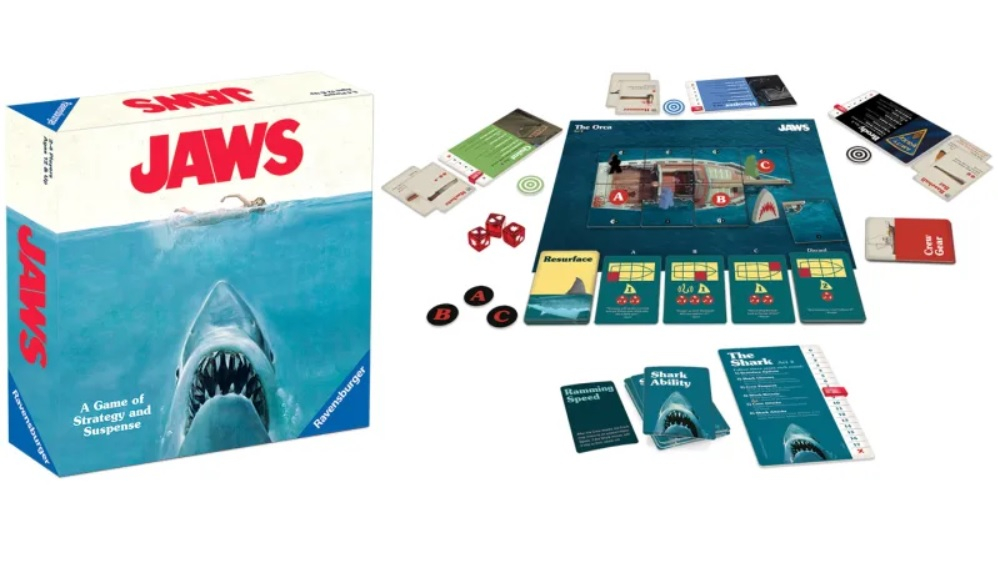 For more information about Ravensburger’s upcoming toys, games, and puzzles, be sure to visit the company’s official website. And for more news from around Toy Fair 2019, check out the rest of our coverage right here at Laughing Place!