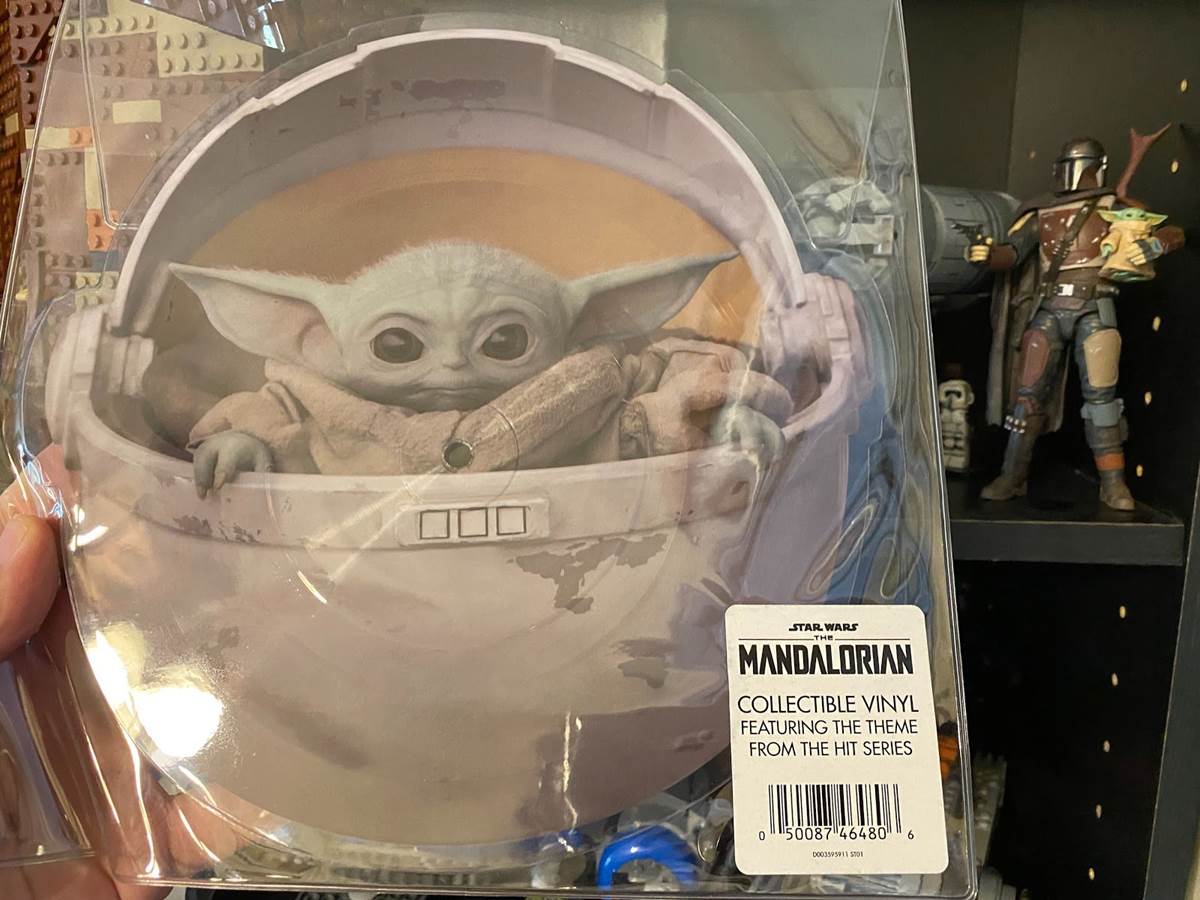 A full five months ago, on May the 4th (AKA Star Wars Day), Disney Music Emporium announced that the now Emmy-winning composer Ludwig Göransson’s already-iconic theme from the live-action Disney+ Star Wars series The Mandalorian would be making its way to vinyl via a new die-cut The Child (“affectionately known as Baby Yoda”) vinyl picture disc.

Naturally we here at Laughing Place pre-ordered the disc immediately, though we knew it might take a while to arrive as no release date had been revealed at that point. Clock-wipe to yesterday, when The Mandalorian picture disc was delivered to my front door. Upon opening the package, I was struck by how cool the disc itself looks– The Child is indeed very cute (as always) seated upright in his floating pram, and the disc is perfectly, smoothly die-cut around the edges of the pod itself. The design of the back side of the disc (both sides contain the same single track of music, by the way) is a little more sparse, but contains much of the necessary information one would want from the release, since the small sticker on the sleeve it comes in only indicates The Mandalorian title and a brief description of the disc’s contents. Here we get a larger logo, credits for Göransson, BMI publisher Utapau Music (itself a somewhat obscure Star Wars reference), album designer Steve Sterling (art director at Disney Records), the usual legal and copyright markings, and instructions to play the disc at 33 ⅓ RPM.

#BabyYoda is using his Force powers to make the music sound a little warped. #TheMandalorian pic.twitter.com/zoWn8zfm02

From a purely visual aesthetic standpoint, the disc looks great, and I was very excited to drop the needle on my Star Wars 40th Anniversary Crosley record player to hear Göransson’s The Mandalorian score (or one track of it, anyway) in its full stereo glory. Unfortunately, what I discovered pretty much right away is that the sound reproduced by this vinyl release is imperfect at best, and out-and-out warped at worst, as you can hear in the embedded Twitter video above. I’m not sure if this is a defect in the copy I received, an unfortunate side-effect of pressing a picture disc like this, or damage done to the disc in the heat or pressure of transit on its way to me– though the vinyl doesn’t look like it has anything wrong with it, to my admittedly untrained eye. 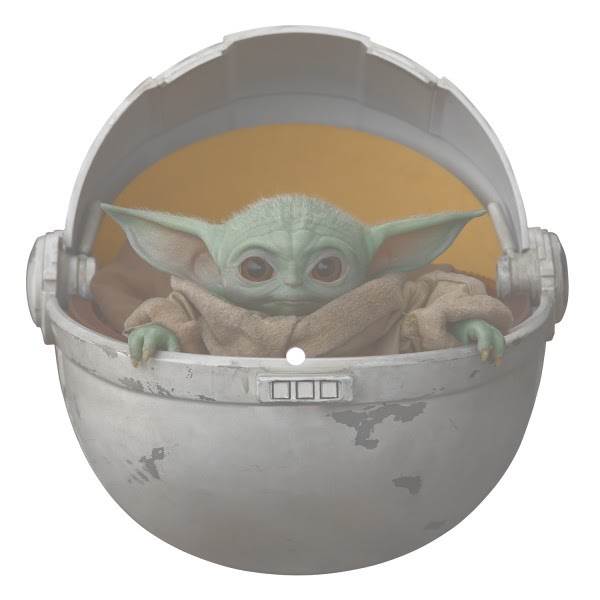 Honestly, if I hadn’t already pre-ordered the much more extensive and hopefully much better-sounding The Mandalorian season one soundtrack boxed set from Mondo, I would be seeking an exchange on this disc from Disney Music Emporium. As it stands, The Child die-cut vinyl will be a nice-to-look-at keepsake that I can’t imagine I will actually play very often. While the less-decorative Side B sounds a little bit better than Side A as far as distortion goes, it still doesn’t meet the standards  of quality I would expect from Disney Records or Lucasfilm. 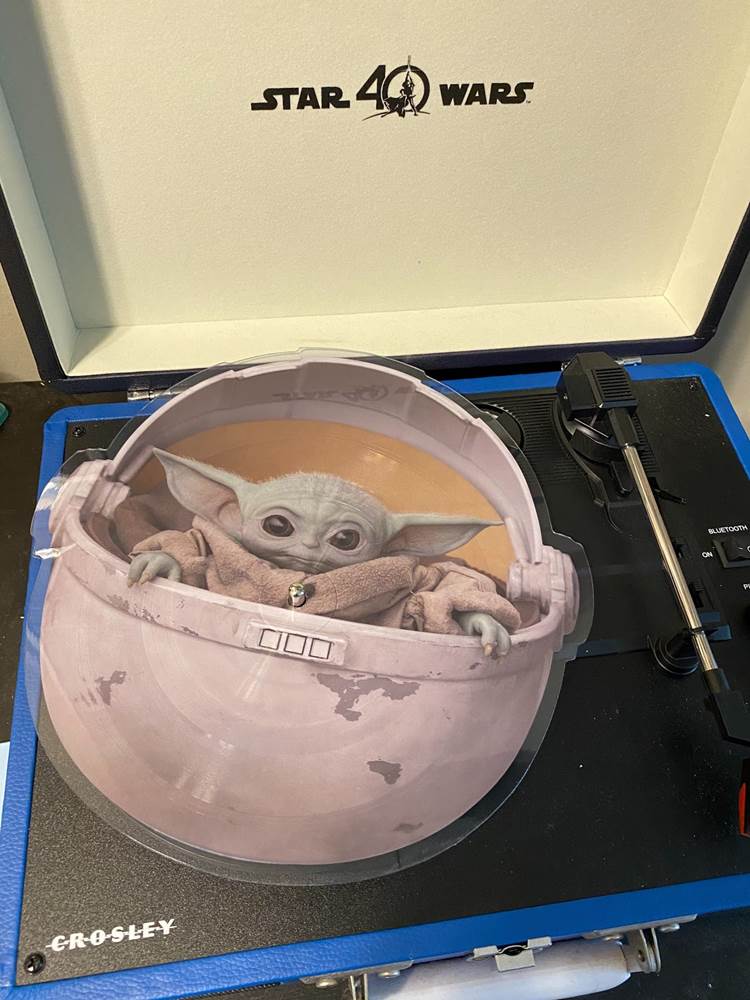 The Mandalorian The Child die-cut vinyl is available now for $24.98 from Disney Music Emporium.