Guests had a wickedly fun time at Disneyland After Dark: Villains Nite, a sold-out after-hours event inside Disney California Adventure Park. Among the many highlights were several event-exclusive entertainment offerings, headlined by a musical review called the “Bald Mountain Night Club,” performed three times during the night. The show is hosted by Dr. Terminus from Pete's Dragon, accompanied by a full jazz band and dancers. Guests of honor during the show are the Queen of Hearts from Alice in Wonderland, the Evil Queen from Snow White and the Seven Dwarfs, and Mother Gothel from Tangled. You can enjoy the full show, captured from the front row, right here.

Musical numbers in the show include:

Over on the Hollywood Backlot Stage, Guests could drop into The Underworld Dance Party, hosted by Hades and his henchmen Pain and Panic from Hercules. I think we can all agree that Hades’ underworld is the perfect place to dance your life away.

Maybe dancing’s not your thing and if so, you can also sing your voice over to Ursula at the Seaside Sing-Along in Pacific Wharf. Now… SING!

Disneyland After Dark: Villains Nite will run again on March 10th and while tickets are sold out, we hope Disneyland announces more encore events like this in the future. Looking for more information from the event? Check out the event park map, see all of the characters that were available for a meet and greet, peruse the menu of event-exclusive sweets and treats, and check out some of the fun photo ops. 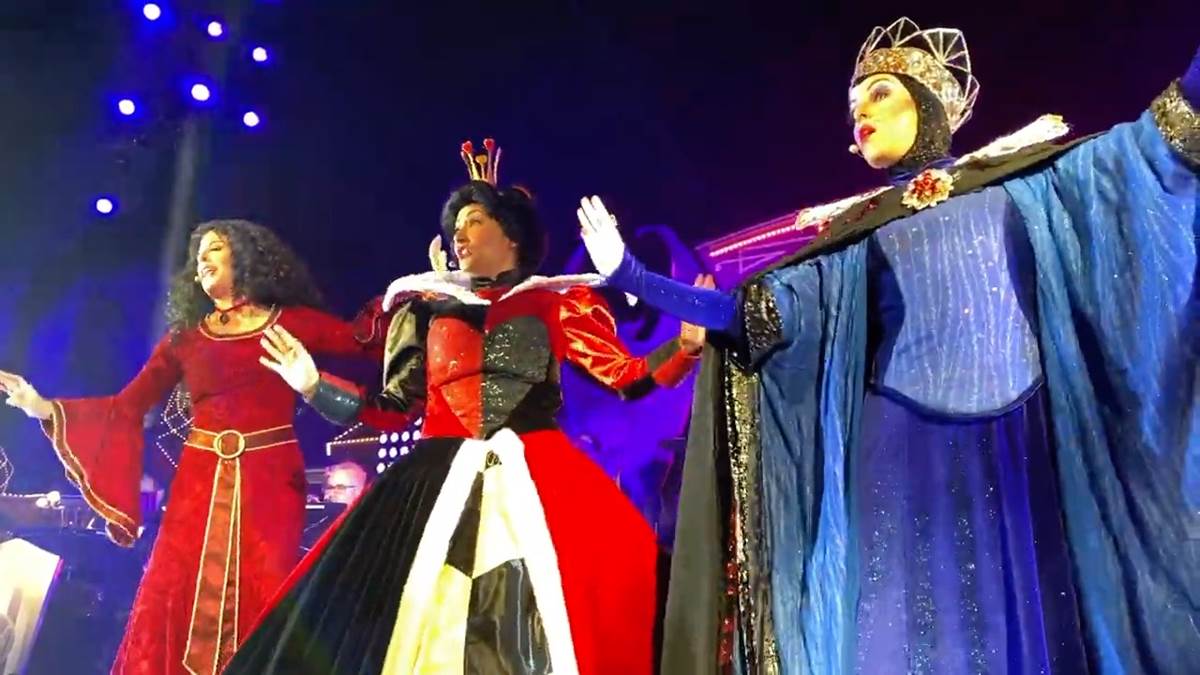