Welcome to Disney Extinct Attractions. My name is Cole, and I’ll be your guide on today’s journey into some of the ways that Disney Channel has made its way into the Disney Parks.

This past week, Disney announced that the next D23 Expo will take place in the Anaheim Convention Center from August 23rd-25th, 2019. I have been to the last couple of expos, and both have been amazing times that every Disneyphile should experience at least once in their life.

The D23 Expo always features exciting news and announcements regarding everything from the Disney Parks to Disney Channel. Every part of the Disney Company gets to be a part of the fun, and the entire experience is really just a huge celebration of this awesome company.

Speaking of synergy, one area of the company that is particularly adept at bringing in other areas of the company is the Disney Parks branch. Today, nearly every new attraction ties into one of Disney’s franchises, especially the larger brands like Lucasfilm, Pixar and Marvel. But one area that has been generally overlooked in the parks is Disney Channel, especially recently, but that wasn’t always the case.

In 2006, Disney Channel had its biggest hit ever on its hands with the success of the Disney Channel Original Movie (DCOM), High School Musical. The movie was such a success that it spawned a sequel that went on to become the highest-rated basic cable telecast ever at the time of its release. To best capitalize on the third film, Disney decided to release it theatrically, with the film grossing over twenty times its budget, so it’s safe to say that Disney had a bonafide hit.

Generally, Disney Channel related attractions are a rarity in the parks because the shows and movies they are based on fall in and out of fashion very quickly; hence, the continually updated Disney Junior Dance Party. But Disney decided to give High School Musical a try because it wasn’t going anywhere fast. 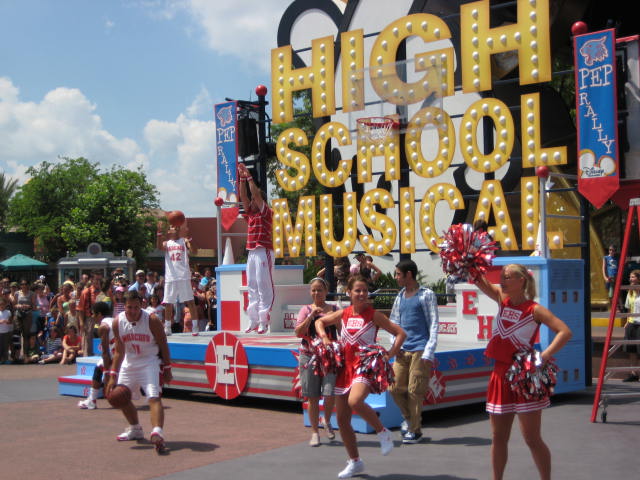 So in October 2006, the High School Musical Pep Rally officially made its way into both Disney California Adventure and the Magic Kingdom. Both shows were nearly identical, involving a moving stage with a bunch of singers and dancers that would perform songs from the film.

In Disney California Adventure, the show had show stops in Paradise Pier and Sunshine Plaza (Buena Vista Street today). This way, the show could reach more guests and at points, basically take over the entire park.

Over in Florida, the Pep Rally actually began in Tomorrowland, which was an interesting choice to say the least. Eventually, the powers that be realized that maybe that wasn’t the perfect place to hold the show, so it moved over to Disney’s Hollywood Studios, a perfect new home. Eventually, the original show began to feel outdated because High School Musical 2 was released, so the attraction was given a facelift, becoming High School Musical 2: School’s Out. I really like that the show was just simple enough to be easily updatable because it kept it fresh for guests, while also ensuring that the most recent film was getting plenty of promotion.

Now in terms of what I thought about the attraction, I found it to be a very normal attraction. It is pretty much exactly what you would expect an attraction based on High School Musical to be like. Personally, I’ve never seen High School Musical 3, so I liked the versions based on the first couple films more than the third one. I actually remember seeing these shows around California Adventure when I was younger, so watching them helped me go on a little trip down memory lane. Overall, the shows were simple, but cost-effective and a perfect representation of High School Musical in the parks.

The HSM craze couldn’t last forever, however, so the show closed on October 2nd, 2010 in Hollywood Studios and October 17th, 2010 in California Adventure. 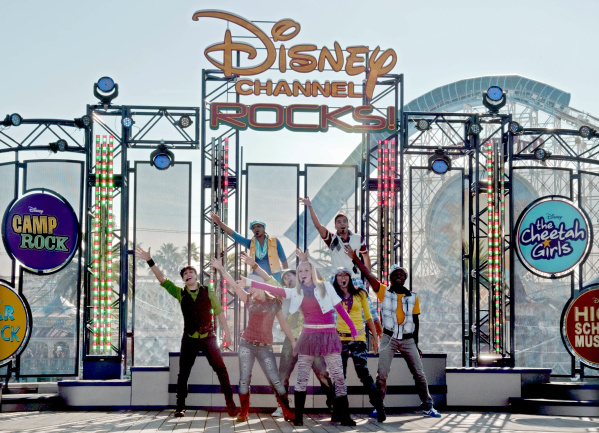 Disney Channel Rocks! wasn’t very different from the High School Musical shows, but I liked it a bit more because it felt more lively to me. That was probably just because of the performers on that given day, but I still liked the vibe more.

I also that it was a more interesting idea to involve a lot of Disney Channel Original Movies and meld their songs into one cohesive show. With songs from High School Musical, Jump In!, Camp Rock, The Cheetah Girls, and Starstruck, there was a little something for everyone. (Well, everyone who likes DCOMs.) None of the songs felt out of place either, with each one blending nicely with the others. 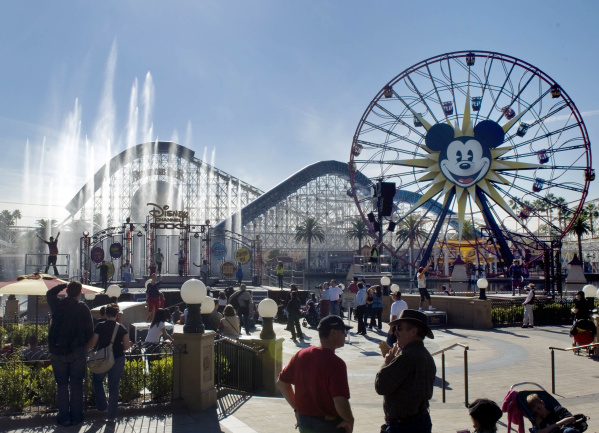 Also, the coolest addition with the attraction was that in California Adventure, the water fountains from World of Color were used in the background to add a little more flair to the production.

But alas, a show about Disney Channel was never bound to last forever at the Disney Parks, with both attractions closing unceremoniously, California Adventure’s on January 22, 2012 and Hollywood Studios’s on April 6, 2013. The attraction doesn’t really have a replacement in California Adventure today, but in Hollywood Studios, Star Wars: A Galaxy Far, Far Away has taken over.

Both of the attractions discussed today did a great job fulfilling their purpose of furthering the Disney Channel brand by adding it to the Disney Parks. Neither was particularly amazing, but neither was really meant to be, either. With that said, let’s take a at the future and what we’ll be discussing next week.