Welcome to Disney Extinct Attractions. My name is Cole, and I’ll be your guide on today’s trip to a future that actually happened in our past.

This week, it was announced that Jennifer Lee (Frozen) and Pete Docter (Monsters, Inc., Inside Out) will be taking on the roles of Chief Creative Officer at Walt Disney Animation and Pixar, respectively. These appointments come in the wake of John Lasseter’s departure from the company. Both of these individuals have done an amazing job emerging as leaders within their respective studios, and I am super excited to see the work that they will accomplish in these roles. It is particularly exciting to see Lee stepping into this role because there are few female creative heads across animation or live-action film studios.

Lee was also one of the writers of Wreck-It-Ralph, long-rumored to be making its way into the Magic Kingdom as a part of Tomorrowland. As of now, we have seen nothing to suggest that this will actually occur, but it does bring us to the beginning of our discussion today, Tomorrowland. 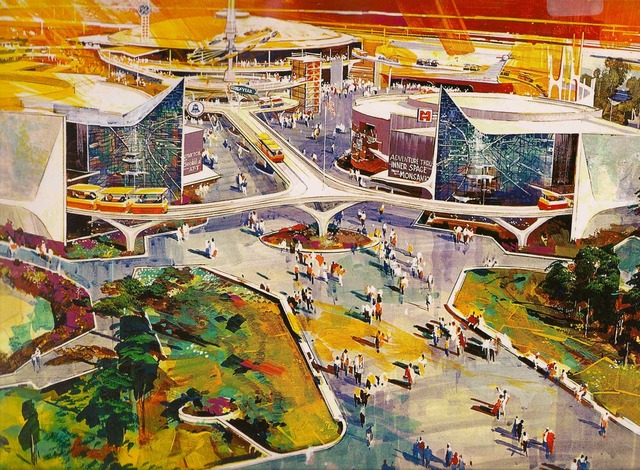 One problem that every Magic Kingdom style park has had to deal with over the years is Tomorrowland. By creating a land that is set in the future, it is nearly impossible to keep up with the times because attractions like Rocket to the Moon quickly become outdated when humans actually, you know, make it to the moon. For years, Tomorrowland was home to these older attractions, and no matter what Disney would do, they would quickly become grow stale, making it time to move on. 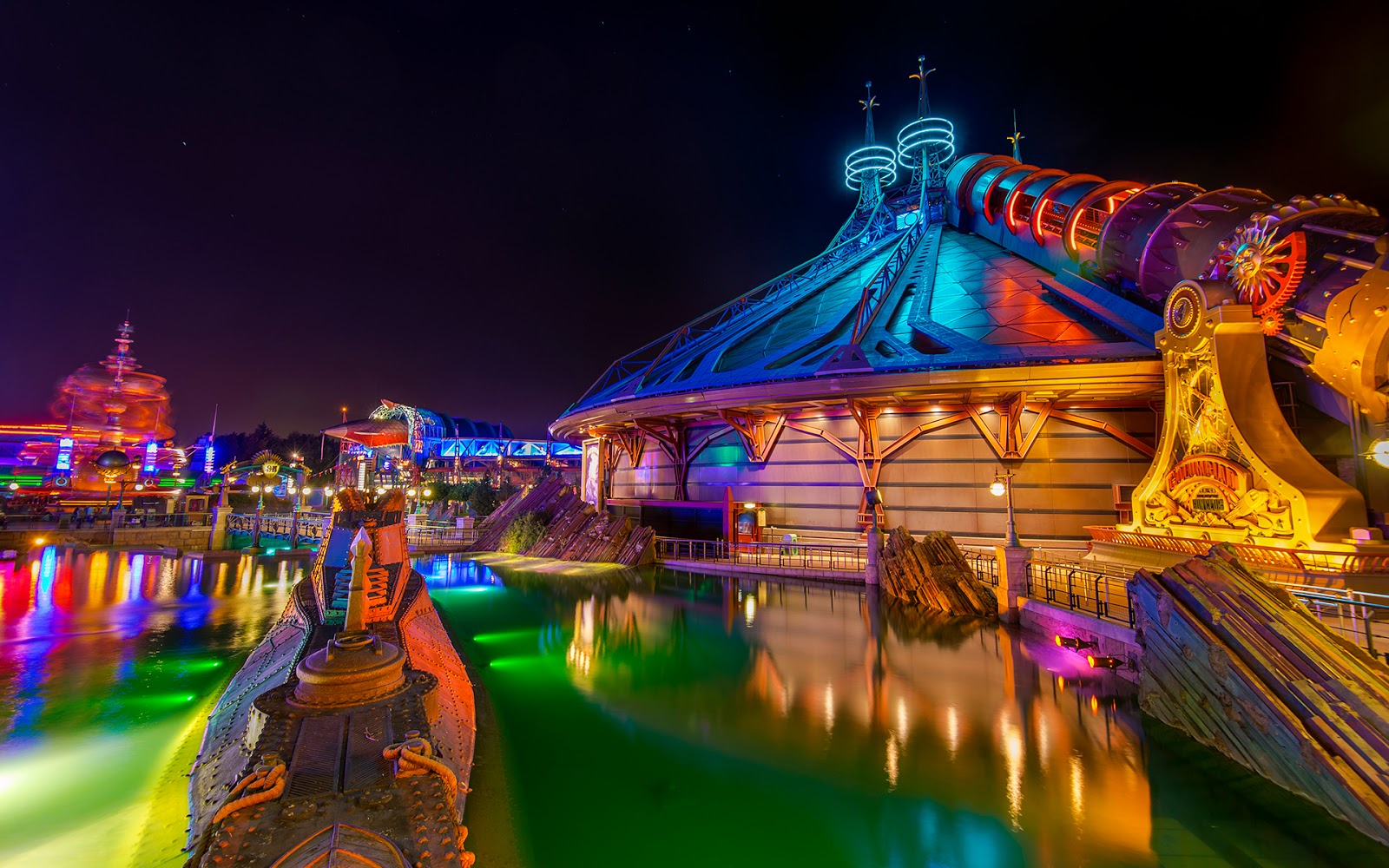 With these problems plaguing Disneyland, Magic Kingdom and Tokyo Disneyland, Tony Baxter and his team of Imagineers decided to change things around to create a more timeless Tomorrowland experience for Disneyland Paris, dubbed Discoveryland. Inspired by Jules Verne and H.G. Wells’ vision for the future: namely, a steampunk-esque future filled with copper and teals and crazy looking contraptions. Discoveryland has remained an essential part of Disneyland Paris for over 25 years now, with the land not changing drastically over the years, so Baxter and his team clearly succeeded. With this victory on their minds, Baxter and company decided to move their ideas stateside to help fix the troublesome Tomorrowlands, with planning beginning around 1993.

Dubbed Tomorrowland 2055, Tomorrowland was going to transform into an intergalactic alien spaceport. I really loved this idea because it would help the area become less focused on time and more on different types of technology and a future where we could get along with aliens swimmingly.

Within Tomorrowland 2055, there were plans to include The Timekeeper and the ExtraTERRORestrial Alien Encounter, both of which you can learn more about in previous articles I have written.

Meanwhile, America Sings had left Disneyland in 1988, and the Carousel Theater was left devoid of an attraction for years, with office space utilizing the space. The Imagineers were obviously eager to finally populate this area of the park that took up a lot of real estate.

Plectu’s Fantastic Intergalactic Revue was the appointed successor to America Sings, and it would have followed the same general pattern as its predecessor. Guests would have sat in the theater-in-the-round with moving seats watching a show led by P.T. Quantum. Guests would have been able to see different variety acts from all kinds of aliens, further emphasizing the spaceport idea.

But my favorite part of Tomorrowland 2055 was the subtler move of adding crystals and rocks emerging from the ground that would light up at night. We still ended up getting these rocks at the entrance to Tomorrowland, and while they do feel a little out of place, the rocks are one of my favorite aesthetic pieces of the entire park. These rocks and crystals were set to serve as beacons for aliens who wanted to return here in the future.

Finally, there were plans to add a second floor to Tomorrowland, filled with shops and restaurants. The whole land would have felt much more dynamic with a second floor, something that we haven’t really in theme park lands before. 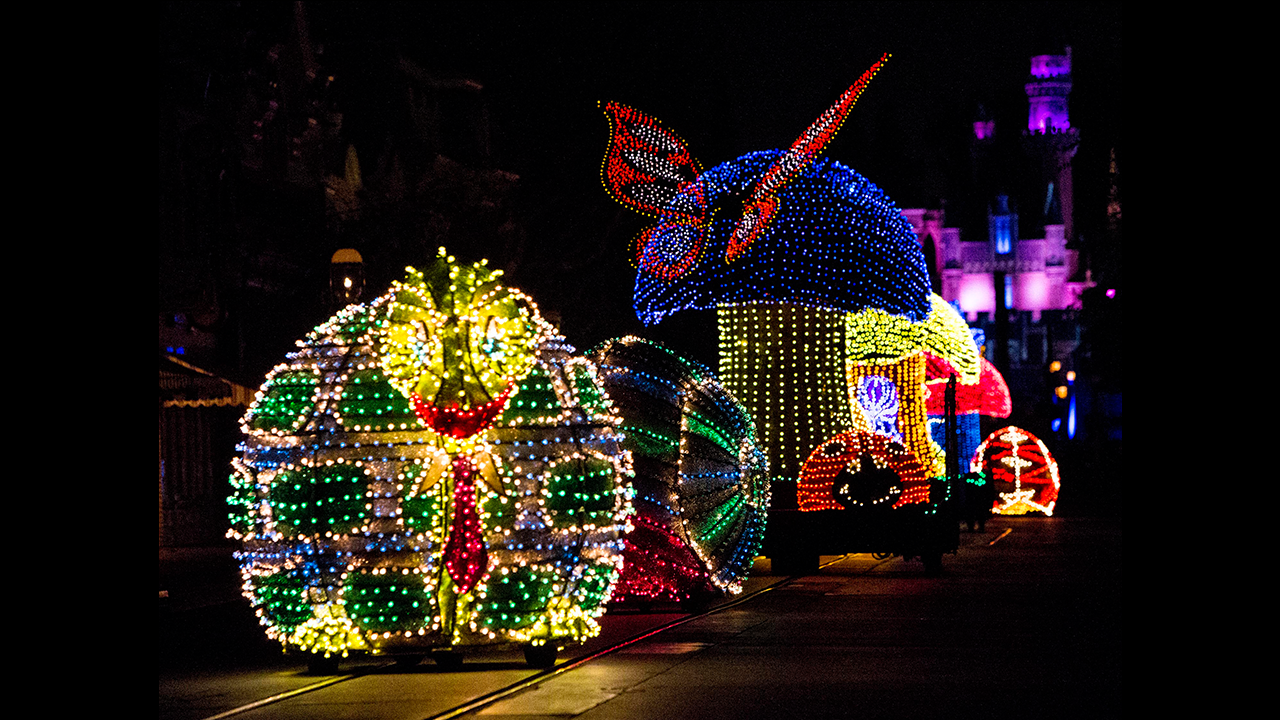 At this point in time, the Main Street Electrical Parade‘s time in the park was coming to a close at Disneyland, so a new parade called Lightkeepers would serve as its replacement as well as a tie-in to Tomorrowland 2055.

Anyone who knows me knows that I love nighttime parades. They are such a special experience that is so difficult to replicate, so this parade particularly interested me. Lightkeepers would have featured aliens throughout the parks, all with special bioluminescence to help them stand out along the parade route. Unfortunately, there isn’t much more to it than that, but they were apparently pretty deep into planning this parade before the cancellation of Tomorrowland 2055. What led to the demise of Tomorrowland 2055 you may ask? Well, this being the 1990s, the Disneyland Paris effect hit again because Michael Eisner simply bet too big on the resort’s success. So many amazing attractions, lands and theme parks were cancelled due to the Disneyland Paris failure, which is such a shame because the ideas were really flowing at the time.

Over in the Magic Kingdom, some of the elements actually did manage to emerge like The Timekeeper and the ExtraTERRORestrial Alien Encounter. While neither is still around, they did help add to the overall aesthetic changes that hit Tomorrowland in the middle of the 90s. Today, you can still see the attempts made nearly 20 years ago, but Tomorrowland remains a discombobulated grouping of attractions that don’t evoke those feelings of the future that one would hope to see. 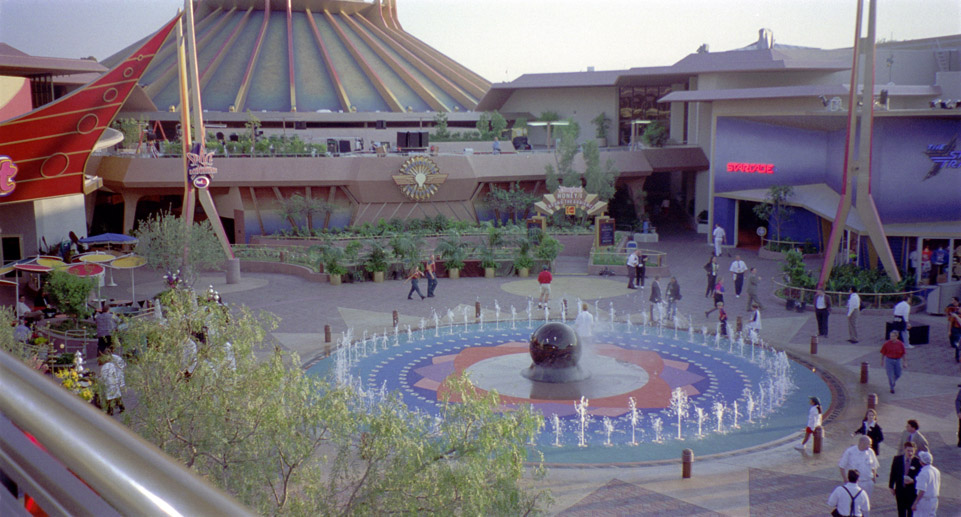 In Disneyland, things were even worse with an attempt made to “update” Tomorrowland by making it more like Discoveryland, but really all that we got were bad paint jobs, Pizza Port and one of the worst attractions Disneyland ever created: the Rocket Rods. Tomorrowland 1998, as it has come to be known, was nothing but a failure with nearly all of the changes, especially color-wise, reversed within 10 years. (I’m also pretty sure the cancellation of Lightkeepers led to the rushed Light Magic, which was a failure to say the least.)

Overall, while it’s sad that we never got a chance to visit Tomorrowland 2055, I’m glad that we still got a chance to see some of the elements emerge in the Magic Kingdom. Hopefully, Imagineering will finally be able to figure out one day and create the Tomorrowland that truly blows everyone away. But until then, let’s look at what is coming next week.