Along with the debut of Magic Kingdom’s new nighttime spectacular “Disney Enchantment” this evening, we also had the opportunity to see Cinderella Castle’s “Beacons of Magic” look. 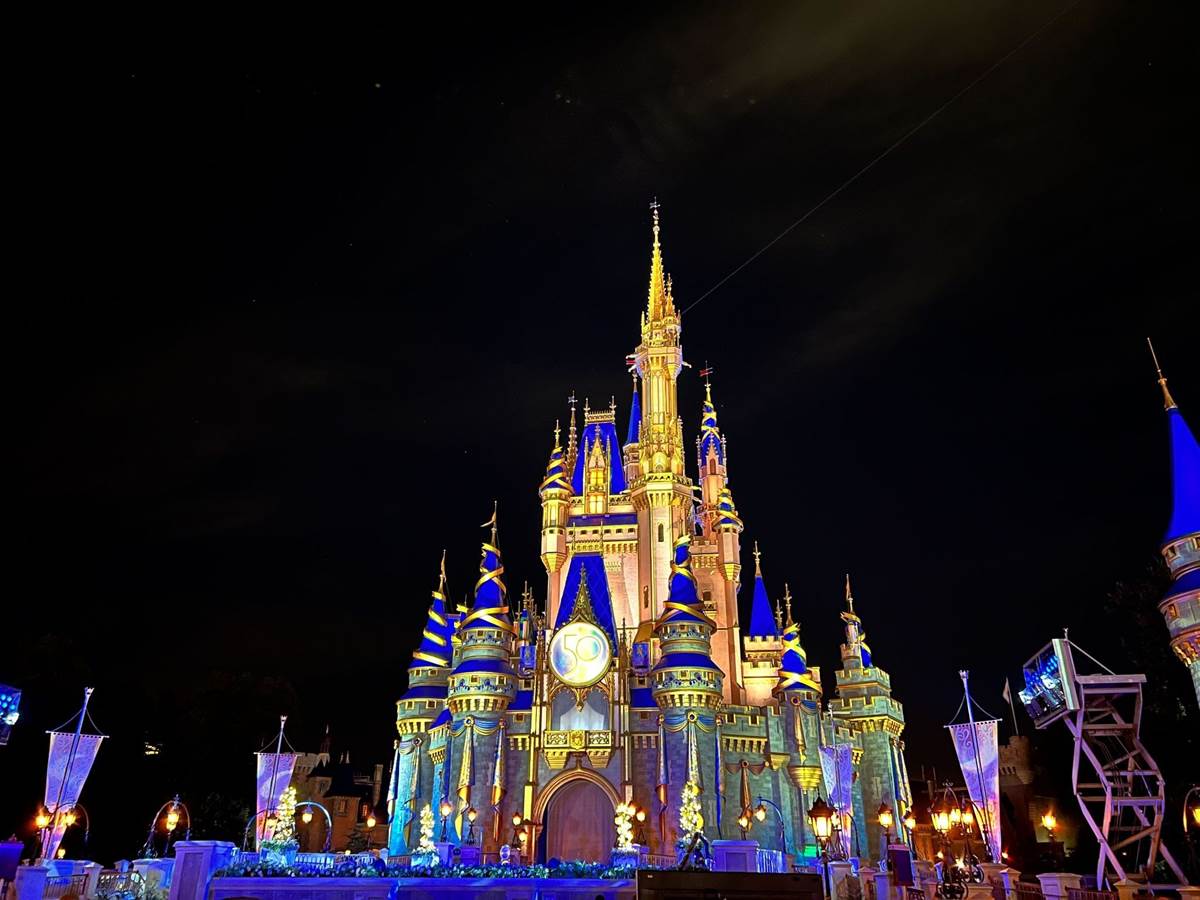