Disney KiteTails debuted at Disney’s Animal Kingdom on October 1 as part of the 50th anniversary celebration of the Walt Disney World Resort. Perhaps already the most infamous part of the show is the dive/flop that the giant kites take into the Discovery River Theater. Addressing this, Disney has added a message to the pre-show announcement. 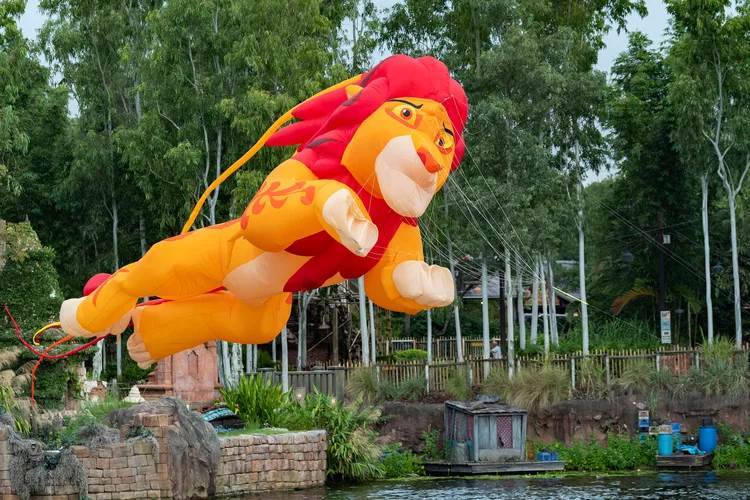 “As you all know, what goes up must come down. So you will see the magic in plain sight, both in the water and the designated landing zone in the adjacent seating area. If they take a tumble, don’t worry. That’s all part of the fun.”

Disney KiteTails has added an announcement reminding guest “what goes up, must come down” assuring guests nothing is wrong when they land. #kitetails pic.twitter.com/HvI5unYil9