“Alligator Loki” launches exclusively on Marvel Unlimited today in the Infinity Comics format. In the first issue, “Family Bonding,” Alligator Loki and Thor get to know one another at an Asgardian amusement park. 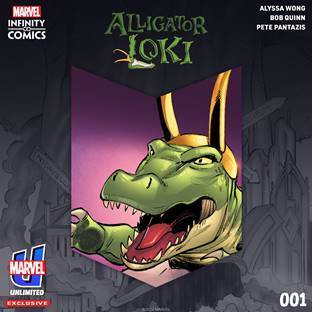