Across the park in Star Wars: Galaxy’s Edge, one can find and pilot the largest hunk of junk in the galaxy at Millennium Falcon: Smuggler’s Run. However, in Disneyland’s Tomorrowland, guests can now take home a smaller version of the same ship (though this one made the Kernel Run in less than 12 Pop-Secrets) through a new premium popcorn bucket that was spotted earlier today. 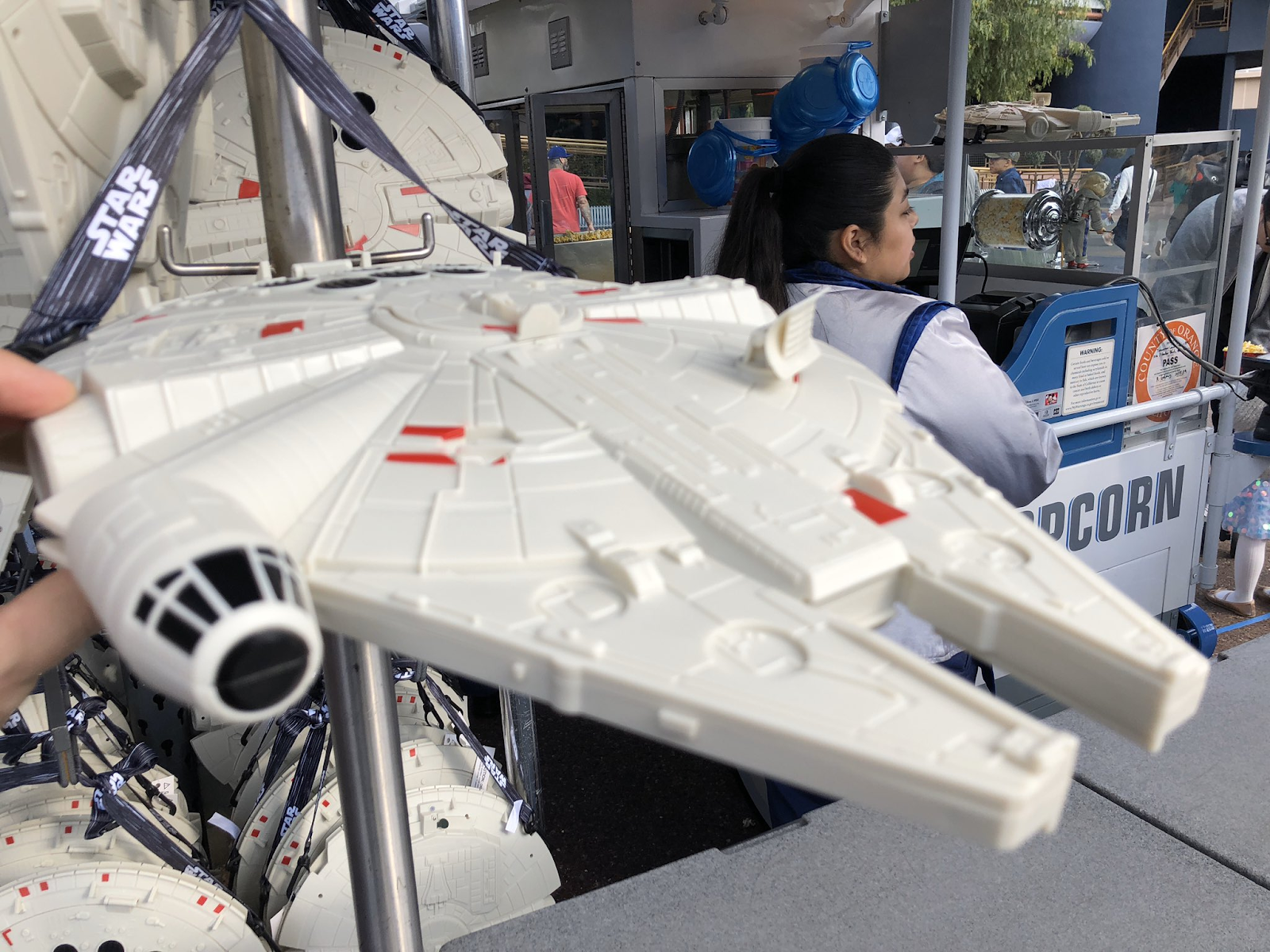 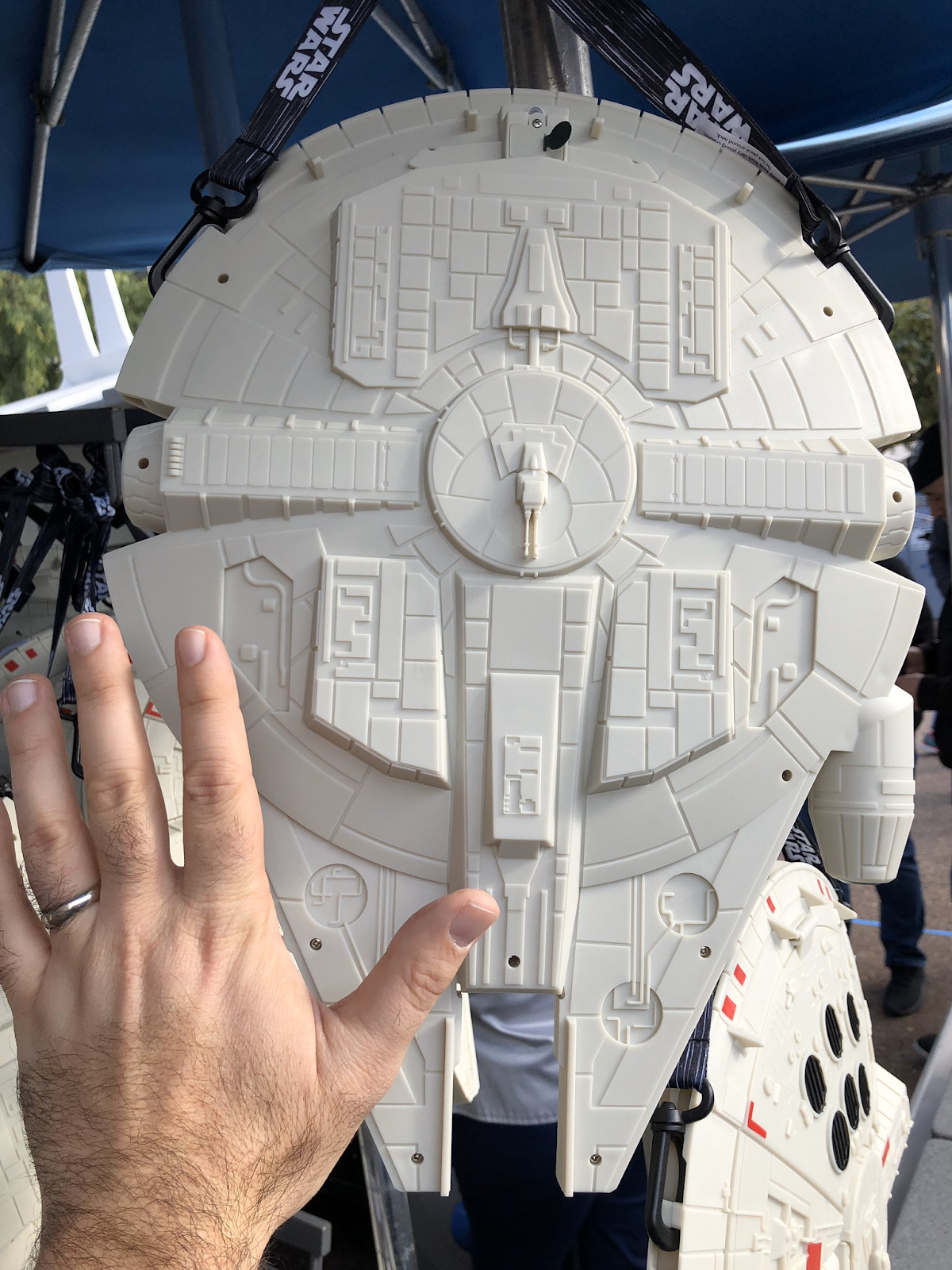 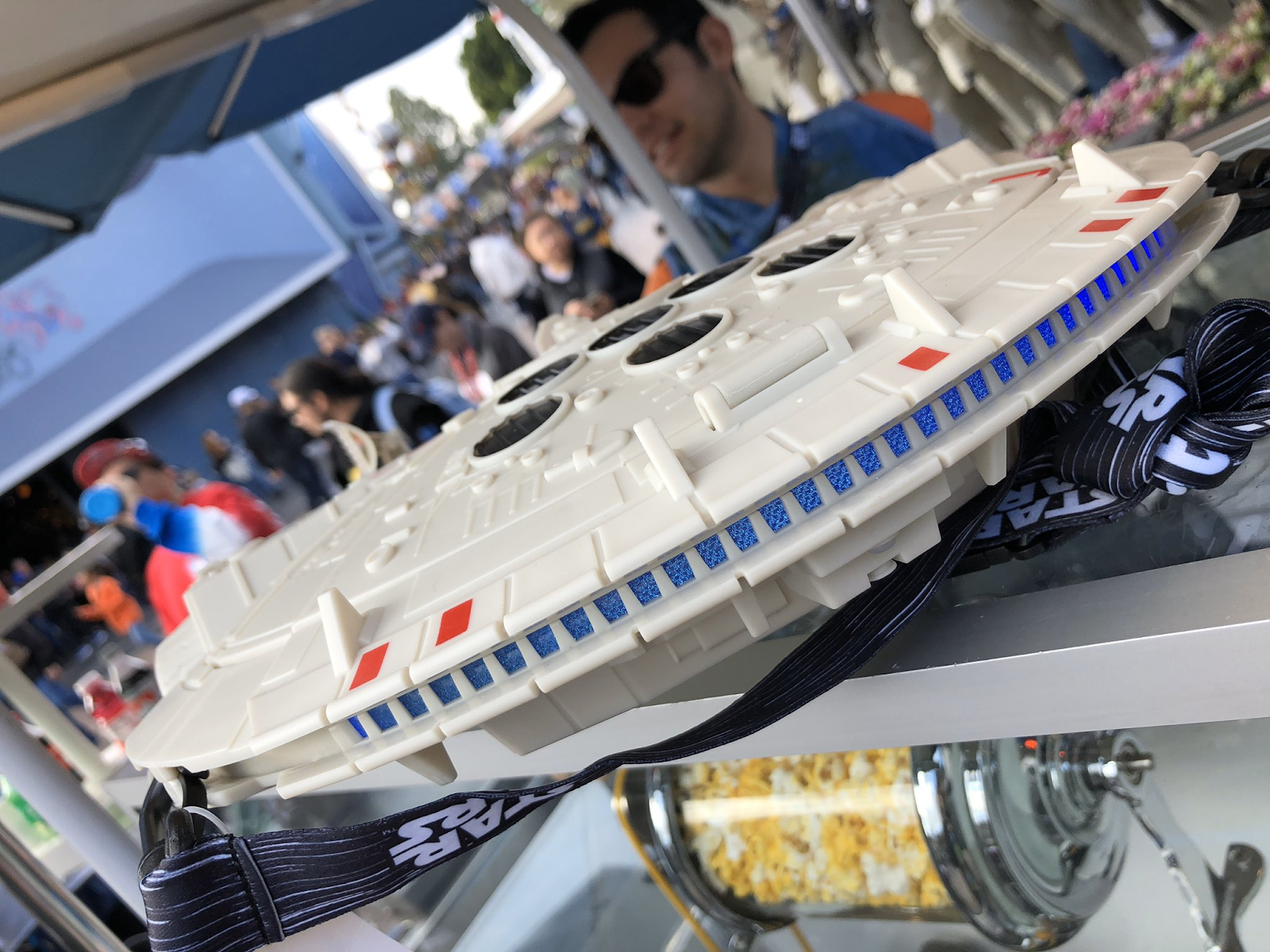