When we post construction updates, we’re typically able to offer a look at how much work has taken place since the last time we shared images. Today, however, we have something a little different. Back in June, we shared photos of the construction site for Reflections – A Disney Lakeside Lodge, which was to be built on the former home of River Country between Disney’s Fort Wilderness Resort & Campground and Disney’s Wilderness Lodge. When we last visited, it looked a little something like this (click here to see the full story from June). 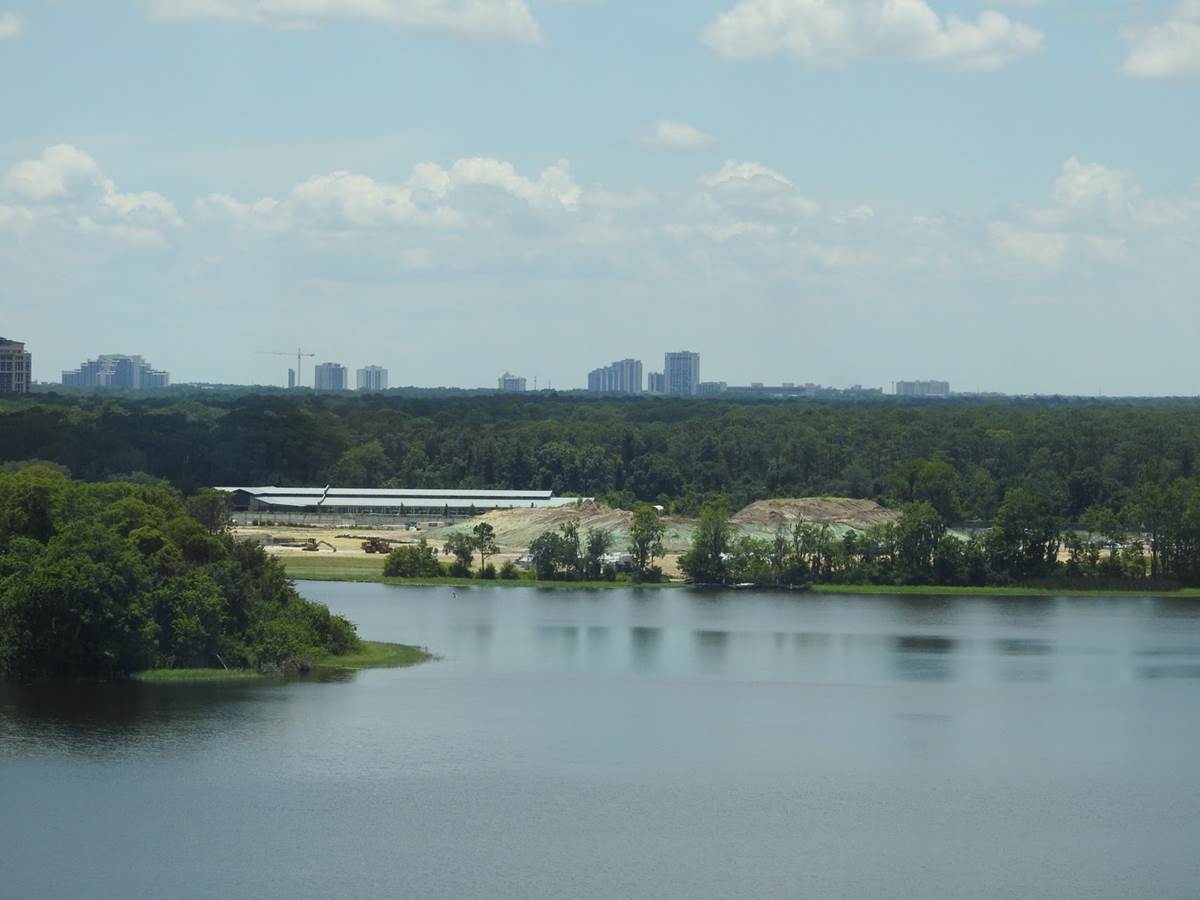 In the above photo, you can see that dirt had been moved around on the former River Country site next to the new Tri-Circle D Ranch, the long building to the left. The above photo was taken from Disney’s Contemporary Resort. Below is a photo of the same area taken from a boat on Bay Lake. You can see the stables through the trees and the mound of dirt looking about the same as it did in June, just with grass growing rather than the previously visible grass seed bed. The gray spots through the trees in the above photos are concrete drainage pipes waiting to be installed. In photos today, taken by Orlando correspondent Jeremiah Good, they are still sitting in the same spot awaiting installation. The construction entrance near the Tri-Circle D Ranch is still there, but no activity appears to be happening on the site and if anything, construction equipment has been removed rather than added 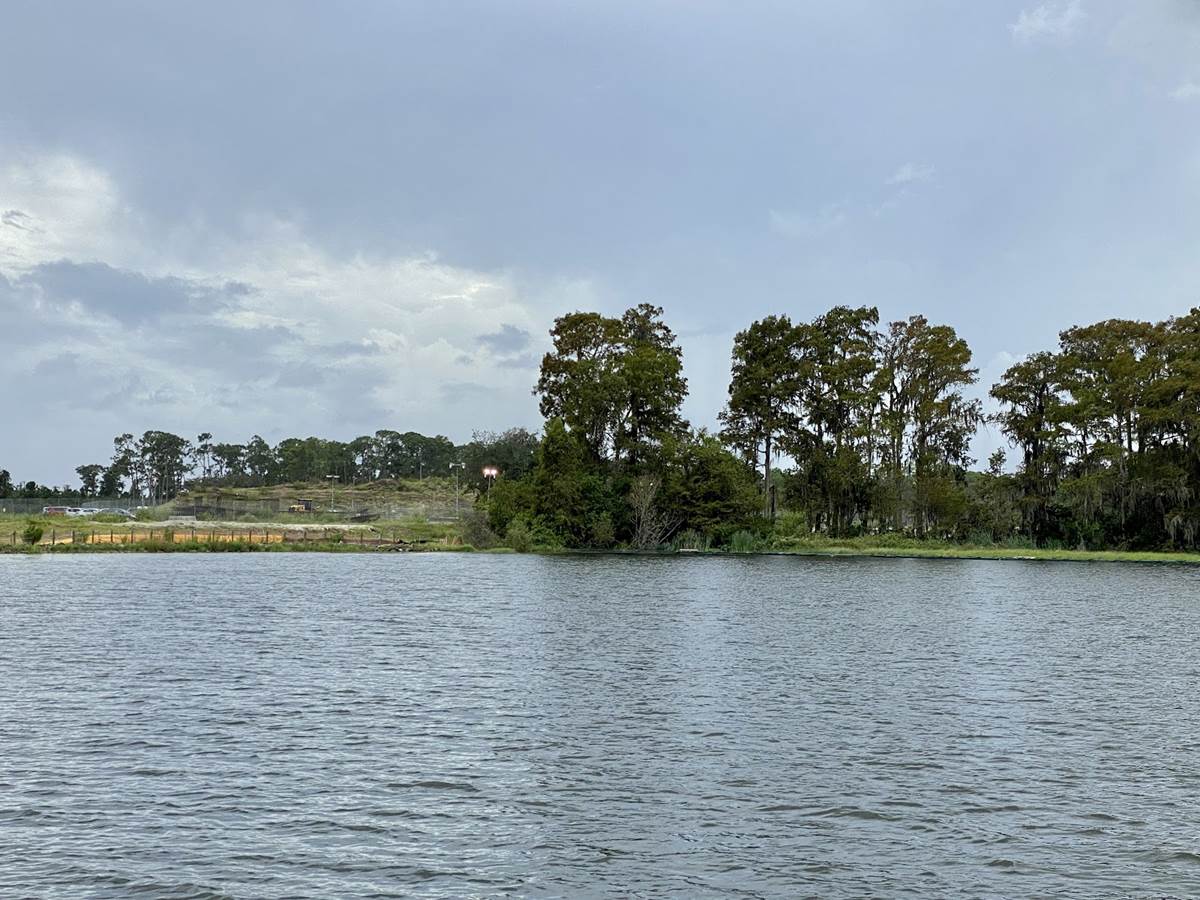 Are plans for Reflections – A Disney Lakeside Lodge on hold or canceled? Disney hasn’t made any announcements about it, but did pause development in July on several projects, including two at EPCOT. Reflections isn’t the only resort on Disney property under construction either, with The Walt Disney World Swan Reserve nearing completion and Star Wars: Galactic Starcruiser still scheduled to open in 2021, with reservations expected to be released by the end of the year. All of this work is wrapping up at a time when some Walt Disney World Resorts remain closed due to reduced theme park capacity, including Disney’s Polynesian Village Resort, which is undergoing a renovation in preparation for Walt Disney World’s 50th Anniversary. Time will tell what happens with Reflections, but for now, this part of Bay Lake simply twinkles with mirror images of blue skies and nighttime stars.