For the first time ever in its 17 year existence, Disney California Adventure added body dryers near Grizzly River Run. Finally, guests can dry off after getting soaked on the river rapids. The large machines have room for a maximum of 5 people at one time and cost $5 for each 3 1/2 minutes. But the dryers themselves aren’t exactly what’s special, it’s the character Disney’s picked as the dryer icon. Many fans remember Humphrey the Bear from the classic shorts that were replayed on Disney Channel. Yep the “bump, bump” forest creature who pitched in to help pick up litter.

In a wild twist, after we ran this story, it came to our attention that artist Eligecos tweeted that the depiction of Humphrey used on the dryer bears a strong resemblance to fan art they had created last year.

Rosita the Cockatoo has Been Found 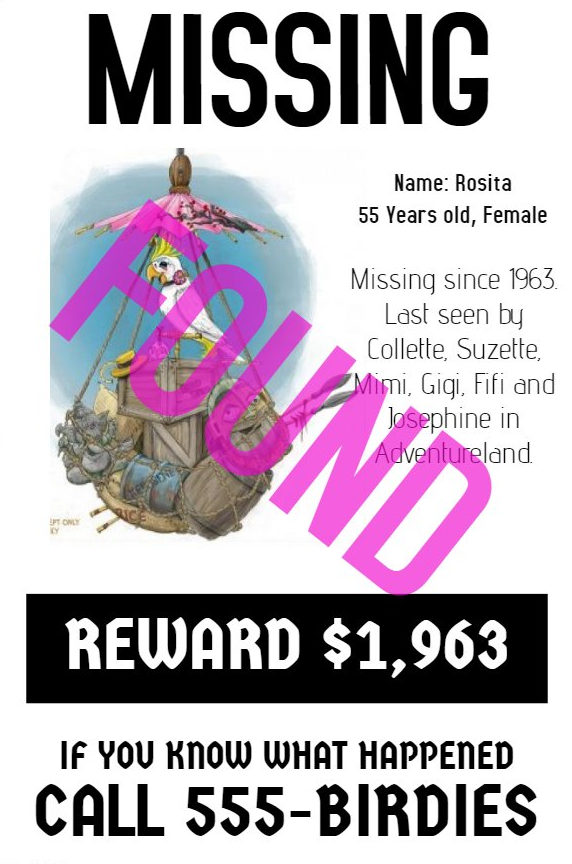 The Enchanted Tiki Room has entertained guests for decades with its lively crooning birds and flowers. The show features a variety of feathered friends including a chorus of cockatoos who we learn is missing one of its leading ladies, Rosita. Well, after more than 50 years, the folks at Disneyland have found her! Rosita will make her official debut, not in the Tiki Room, but The Tropical Hideaway. The redesigned fast casual restaurant is set to open later this year and Rosita will be on the river’s edge at the loading dock waiting for her boat to arrive. While she’s there, guests will be able to interact with her and it’s reported that she has plenty of quips and jokes at the ready. 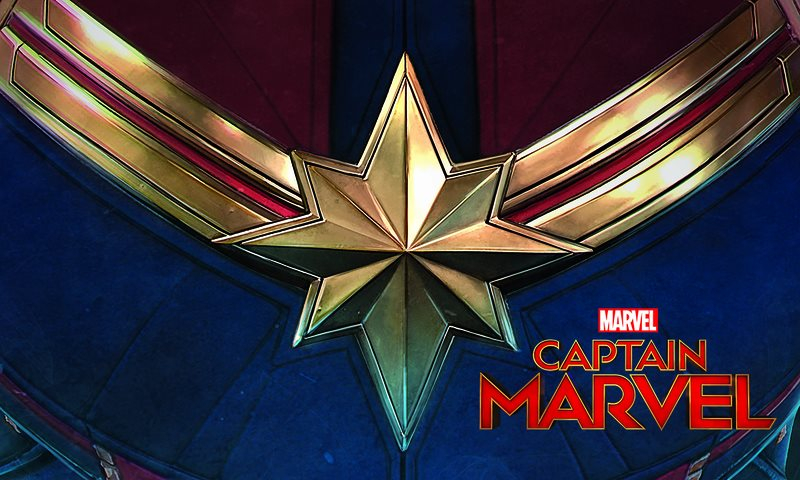 Disney guests sailing on select Disney cruises will be among the first to meet Captain Marvel aka Carol Danvers. The heroine will make her debut in 2019 on Disney Cruise Line as part of the Marvel Day at Sea sailings alongside the Avengers. Additionally, she’ll be visiting Disneyland Paris during the Marvel Season of Super Heroes at the Walt Disney Studios Park from March 23rd to June 16th, 2019.

The lovable lamp has finally made his debut at Disney California Adventure. Perched atop Pixar Pier’s sign, Luxo Jr. greets guests with his animated gestures and working light bulb. Luxo Jr. has been part of the Pier’s entire redesign which still has a few stages to go before its completion. The little lamp debuted in 1986 alongside his father, Luxo Sr., in Pixar’s first ever computer animated short, Luxo Jr. He’s been an icon/mascot for Pixar Animation Studios ever since.

In other Marvel news, Captain America’s buddies, Sam Wilson (Falcon) and Bucky Barnes (Winter Soldier) could be getting their own series on Disney’s streaming service. Just a few weeks ago, Deadline reported on Marvel shows being considered for development featuring characters from the Marvel Cinematic Universe who haven’t, and most likely won’t, have a standalone film but still have plenty of stories to tell. If reports are accurate, Scarlet Witch and Loki could also be in the running for individual series. Disney’s streaming service is set to launch in 2019 and will feature the vast Disney catalogue of films and television programing along with original movies and shows.

A History of Mickey and Minnie Mouse told through DUPLO. The kid-friendly building blocks and minifigures explored some of the biggest milestones in Mickey and Minnie’s nine decade history.

Laughing Place Halloween Live Blog 2018. We celebrated the holiday with a Halloween live blog covering our own fun posts, creative costumes, celebrity tweets and everything in between.

Whirlpool Named Official Kitchen and Laundry Appliance of Disney Resorts. A new partnership between Disney and Whirlpool Corporation was announced this week. Select villas at Disney Resorts will be outfitted with Whirlpool appliances ranging from washers and dryers, to ovens and more.

Bob Iger Says ESPN “brand will stand the test of time.” The Disney CEO spoke at the ESPN Employee Town Hall this week sharing his encouraging opinions on the directing on which the company is heading.

Nutcracker and the Four Realms movie review. Mike shares his opinion of the new holiday film saying it “can’t figure out what it wants to be.”

Want more? Be sure to check out our new mid-week video series covering all the exciting happenings around the Disney world.