It’s been a while since we’ve checked in on the construction progress for TRON Lightcycle Run at the Magic Kingdom, so let’s see how the project is coming along as of today. Things don’t look to have changed all that drastically on the exterior since our last update in August. 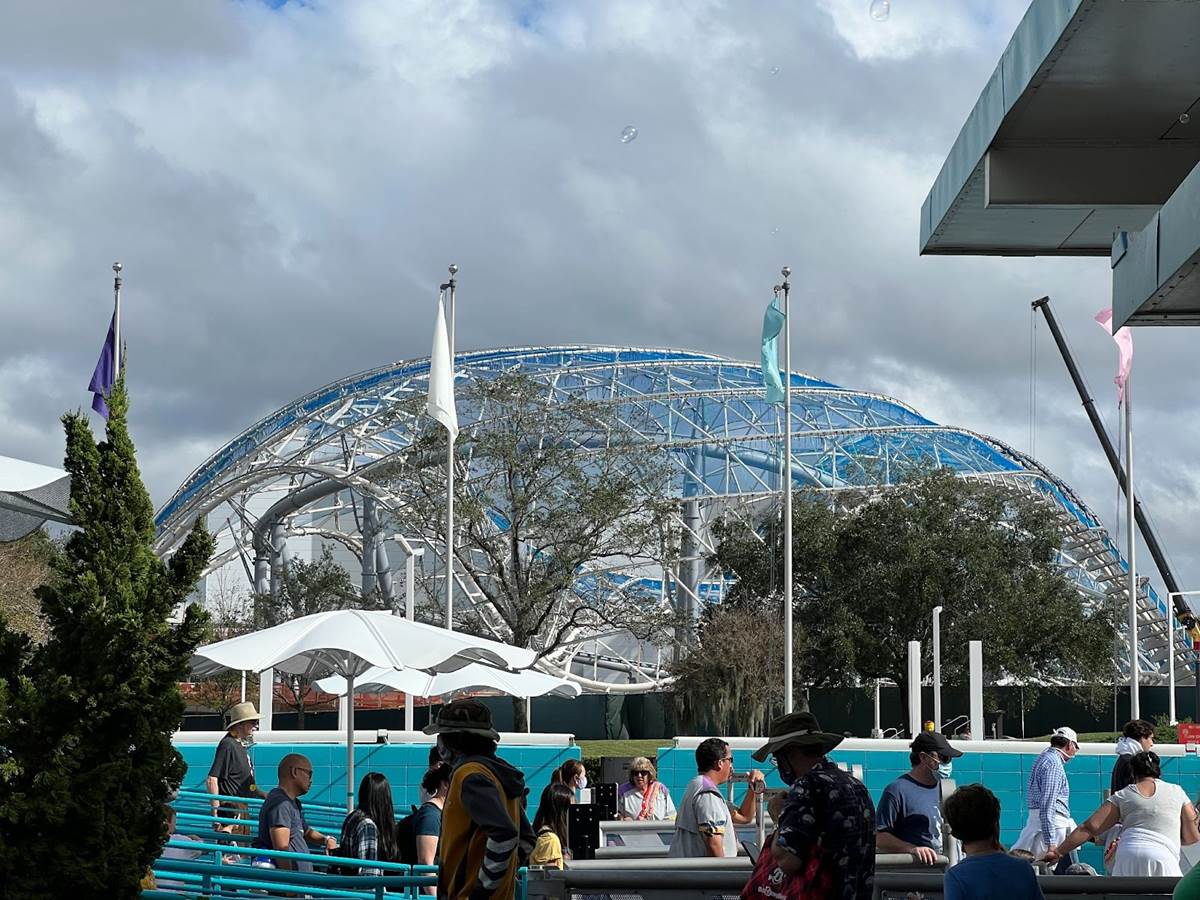 Blue netting continues to make up the canopy of the exterior portion of the attraction, soon to be replaced with a more permanent structure similar to what appears on the attraction at Shanghai Disneyland. 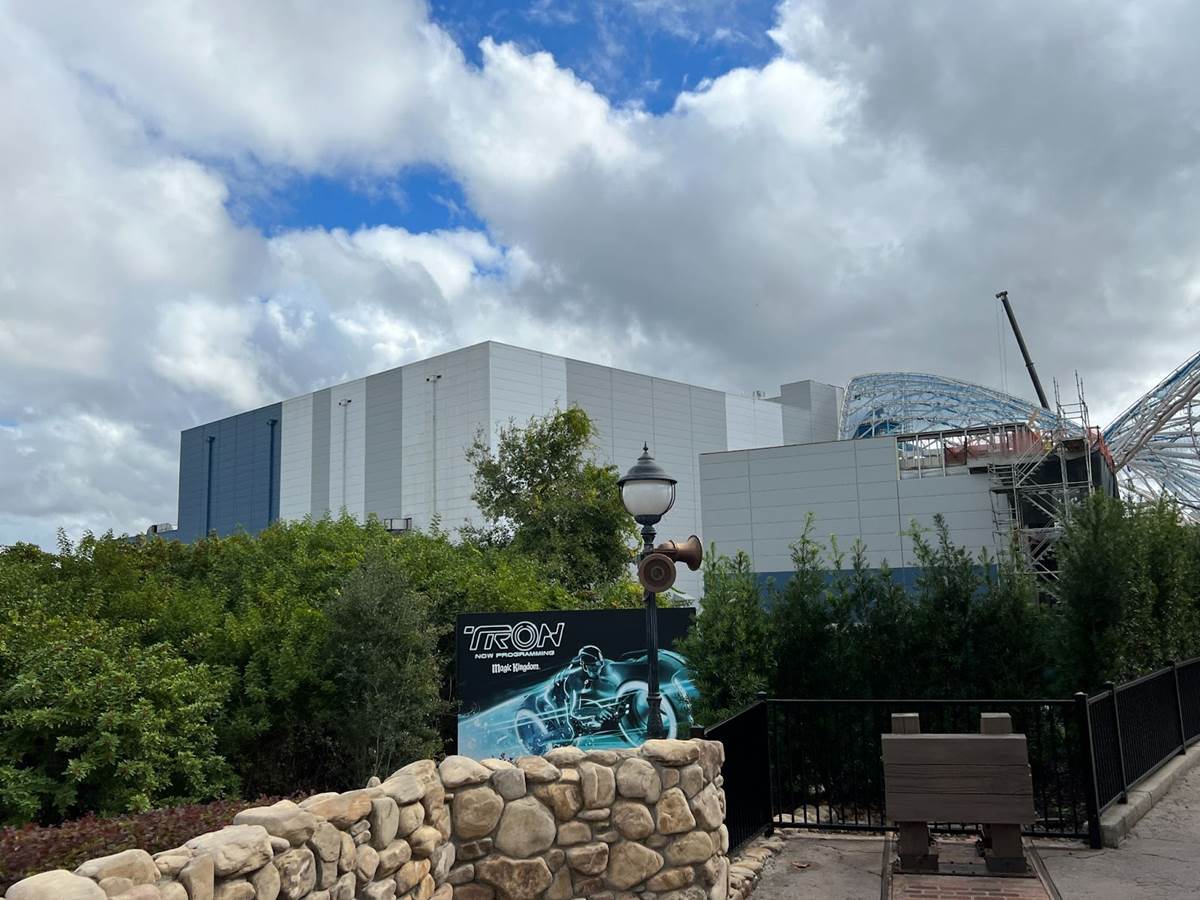 The smaller structure to the right of the billboard started construction around August and has since been mostly enclosed. 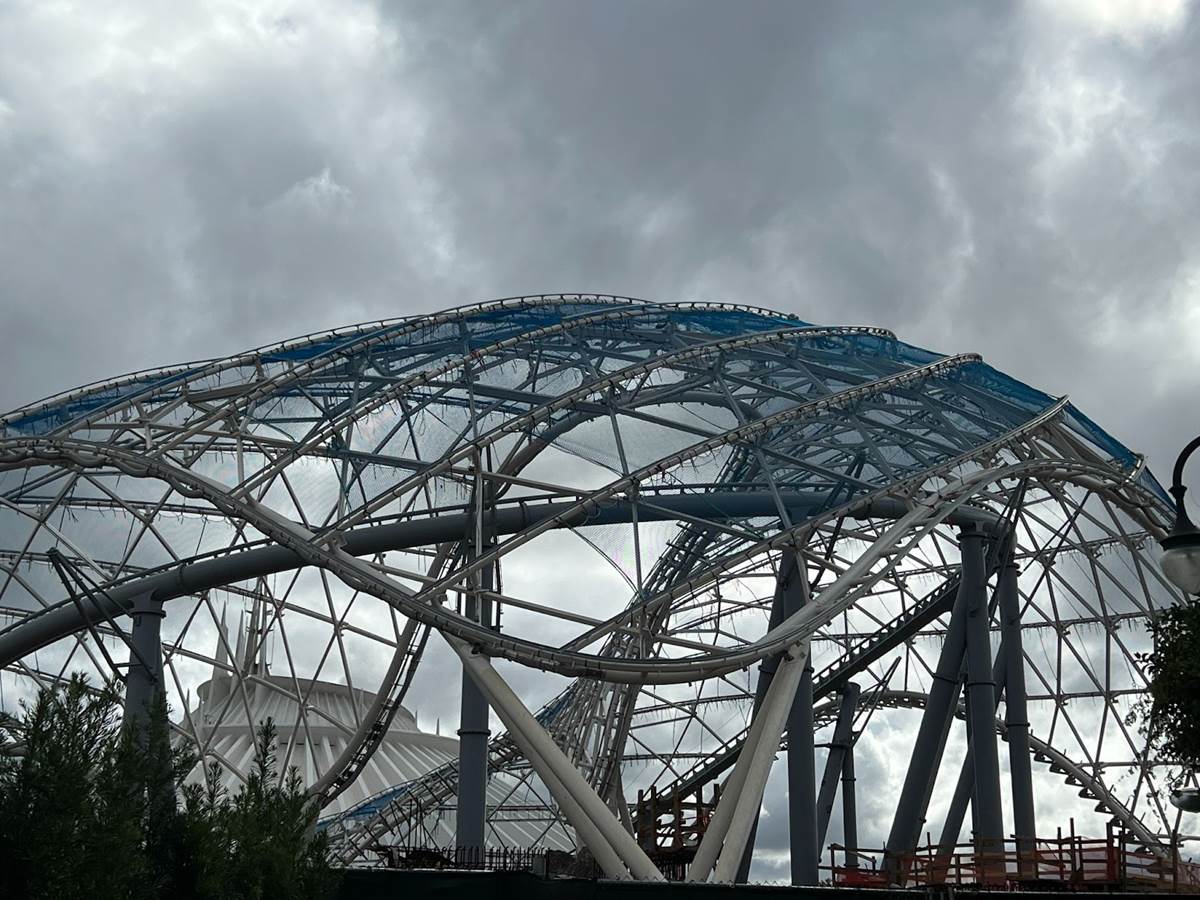 TRON Lightcycle Run is reported to be nearly identical to the coaster that debuted in Shanghai Disneyland when that park opened. No official opening date has been released at this time.