The 2021 Sundance Film Festival has wrapped after premiering 73 feature films over six days (in addition to 50 shorts). The majority of films have not yet found a distributor and the only title officially acquired by a Disney brand is Playing with Sharks, which was obtained by National Geographic. There are also two documentaries that will likely make their way to Hulu through their partnership with NEON (Flee and Aily), but that doesn’t mean there aren’t a few likely choices out there. I can only claim to have seen 19 of the films (and 2 shorts), but here are the titles I think Disney should pursue for these brands. 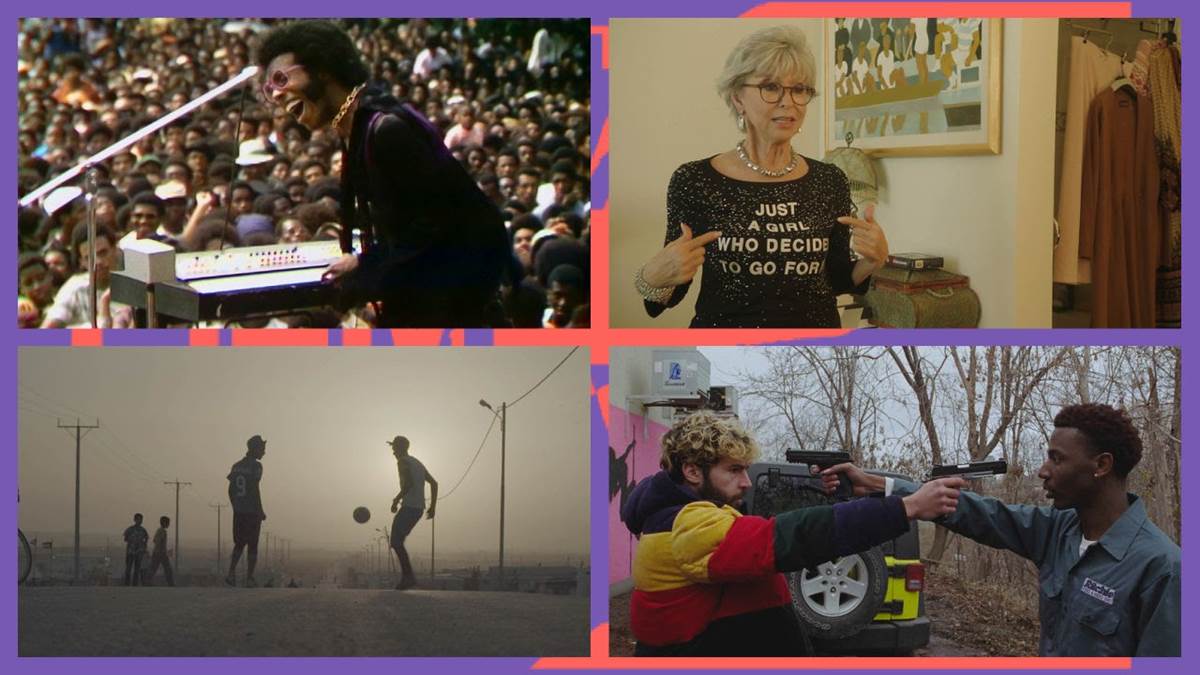 We’ve seen Disney acquire several films they didn’t make, most notably Hamilton, Clouds and Howard. The directorial debut of Ahmir “Questlove” Thompson, Summer of Soul (…Or, When the Revolution Could Not Be Televised) is a mix of a concert film and a documentary about the 1969 Harlem Culture Festival that featured acts like Stevie Wonder and B.B. King. Questlove played a voice in Pixar’s Soul, which was also set in New York City, making Summer of Soul a nice pairing with that film. On top of that, it’s PG friendly and the streaming service already saw big numbers for just the preview they released of The Beatles: Get Back, which is scheduled for a theatrical release next summer. If they made a deal fast, they could maybe even have Summer of Soul streaming this Black History Month.

Hulu/Star – Rita Moreno: Just a Girl Who Decided to Go For It

No stranger to original documentaries like Fyre Fraud and Tiny Shoulders, one of the reasons Rita Moreno: Just a Girl Who Decided to Go For It is the Hollywood icon’s involvement with both the original and upcoming 20th Studios remake of West Side Story. The documentary is not only excellent and inspiring, but it includes some footage of Moreno working with Steven Spielberg on the upcoming musical, which means it has a synergy component to it. With Hulu original content going international in the near future through Star, it could be mutually beneficial for Disney to not only have a film that helps promote West Side Story on a streaming service, it could also drive moviegoers to their streaming service to see the cyclical poignant of Rita Moreno’s involvement in both film versions.

A documentary in Arabic might be an unusual choice for ESPN audiences, but Disney could leverage a co-branding between the network or it’s streaming service ESPN+ and National Geographic. Captains of Zaatari is a great documentary about two young men who live in a Syrian refugee camp in Jordan. Through their passion for football (aka soccer), they get the rare opportunity to captain their own teams and meet professionals in the sport. It uses the universally approachable sports theme to humanize a group of people seeking a better life for themselves and their families.

Searchlight Pictures – On the Count of Three

This last one is probably the least likely scenario since Searchlight Pictures already has several films waiting for theaters to reopen, but On the Count of Three is different from everything in their pipeline. It’s a dark comedy with a poignant message that really touches viewers and has the chance to go more mainstream than their typical releases. The screenwriters took home the Waldo Salt Screenwriting Award at the festival and it’s also the directorial debut of Jerrod Carmichael, who also co-stars along with Christopher Abbott, Tiffany Haddish, J.B. Smoove and Henry Winkler.

While none of the above may happen, going into this year’s Sundance Film Festival, I was continually trying to predict the future of what Disney would be interested in acquiring. I was on the money with Playing with Sharks, so if nothing else, I guess 1 out of 5 ain’t that bad, right?