Welcome to Disney Extinct Attractions. My name is Cole Geryak, and today I’ll be your guide through one of the most thrilling attractions to never exist. About a week ago, Disney announced that Hong Kong Disneyland would be getting a major expansion that would include an entire Marvel land, the first Disney park to be getting an entire area based off of blockbuster superheroes. Amazingly, that means that all the Disney resorts in the world currently have either an expansion or a major refurbishment in progress. (For all the talks of Shanghai causing major budget cuts at the Disney resorts, I’m glad to see that that is not a huge concern because we’ll be getting some awesome new attractions in the next few years.) 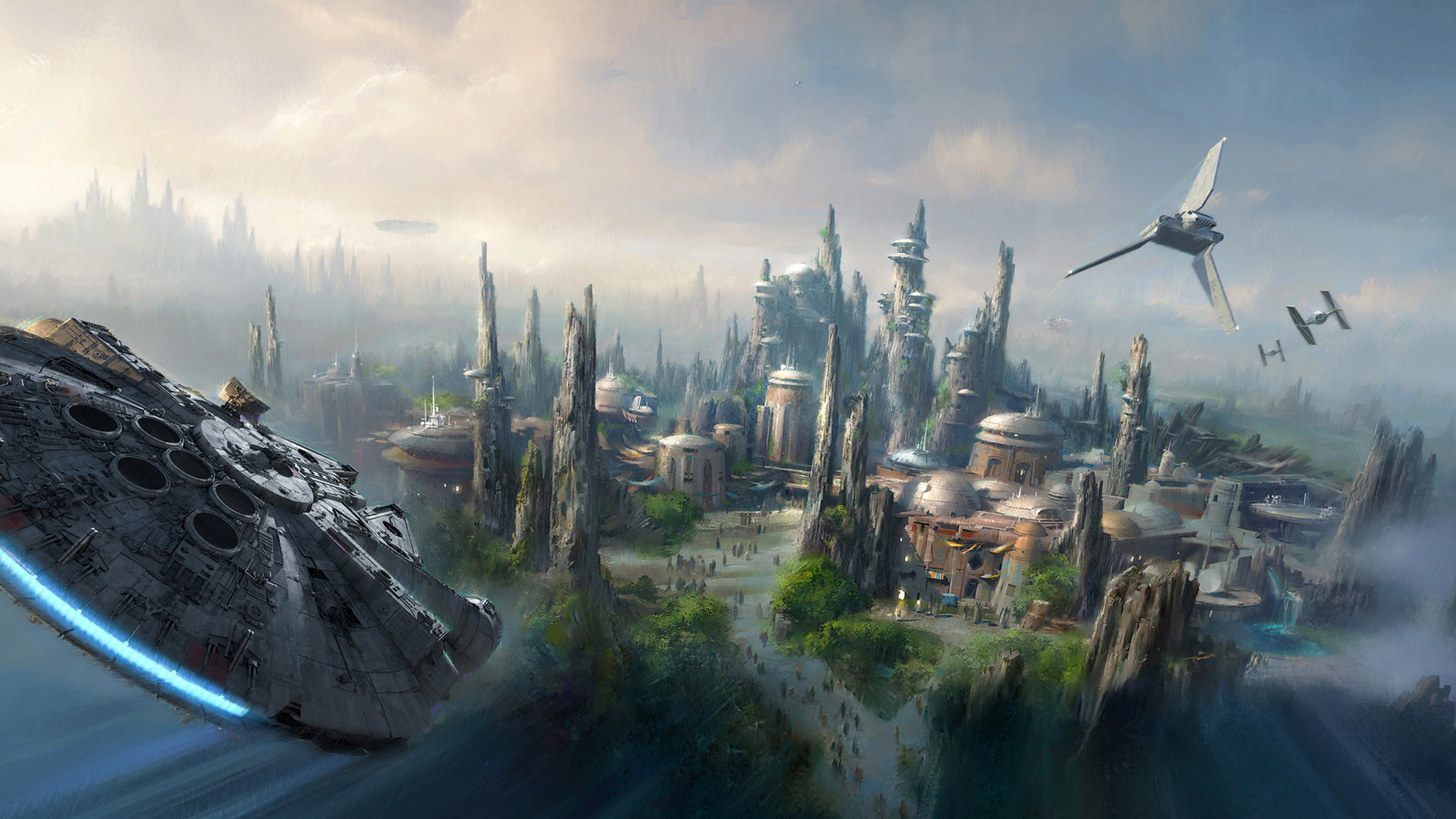 But the expansion that has garnered the most attention has to be Star Wars Land, coming soon to Disneyland and Disney’s Hollywood Studios. (Ok, who knows how soon is soon, but one can hope we’ll see it by 2019.) In Florida, the new land is taking the place of the Streets of America and the Backlot Tour. Over in California, it is replacing backstage areas and Big Thunder Ranch. 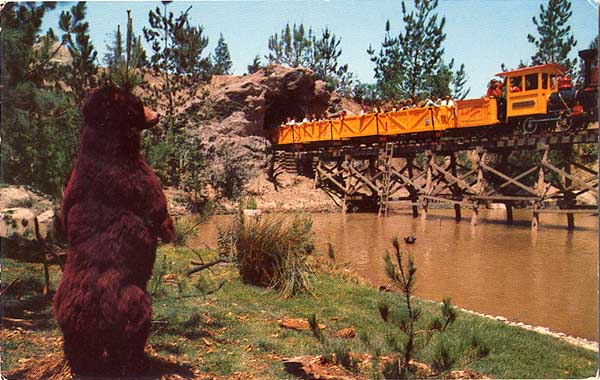 The former home of Big Thunder Ranch has a long history of hosting great attractions and entertainment. In the beginning, there were mule rides, wagon trails, and the Mine Train thru Nature’s Wonderland. The Mine Train was eventually replaced with Big Thunder Ranch, a fun place for people to eat, pet animals and listen to great music. The Ranch hosted great bands such Billy Hill and the Hillbillies as well as shows like the Hunchback of Notre Dame: Festival of Fools. Though the entertainment varied over the years, the space managed to stick around for nearly thirty years before being demolished to make space for Star Wars Land. But the space was almost torn down years early to make room for a new ground-breaking attraction. 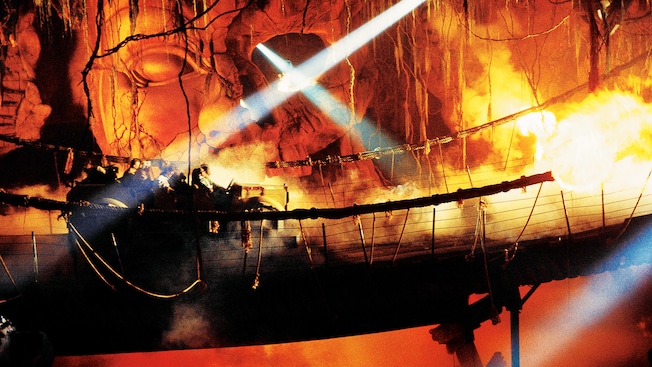 In the mid 1990s, Disneyland finally began to start spending again after recovering from the financial failure of Disneyland Paris. Indiana Jones Adventure joined Adventureland in 1995, and Tomorrowland got a major refurbishment in 1998 (though some may argue it was not even close to enough). With those two lands getting an overhaul, Imagineers also looked to refresh Frontierland, which hadn’t added a major attraction since Big Thunder Mountain Railroad in 1980.

With that in mind, Walt Disney Imagineering began brainstorming an idea for an attraction that would utilize the same type of technology as the Twilight Zone Tower of Terror in Walt Disney World. At this point in time, the Tower of Terror had not yet made its way to Disney’s California Adventure (mainly because the park hadn’t opened yet).

The proposed new attraction would have taken the impressive drop tower technology and placed it in a more rustic setting to help spur the revitalization of Frontierland. Thus, Geyser Mountain was born.

Guests would have entered the queue on the pathway between Frontierland and Fantasyland, exiting Big Thunder Mountain and being drawn to the giant structure that was Geyser Mountain. The mountain was home to the man who had created the tunnels through Big Thunder, but what he had accomplished with the railroad seemed simple compared to his work on Geyser Mountain.

The queue would have sent guests on an incredibly detailed tour of Geyser Mountain that resulted in your walking through the inventor’s house. In the dwelling, you would finally grasp the eccentricity of the man, who had drawn a giant map of the mountain that showcased the gigantic geyser in its center. As you walked through the queue, you would see massive holes dug by some type of mining contraption. Eventually, you made your way into the barn where the mining vehicle sat, waiting for you to hop aboard. 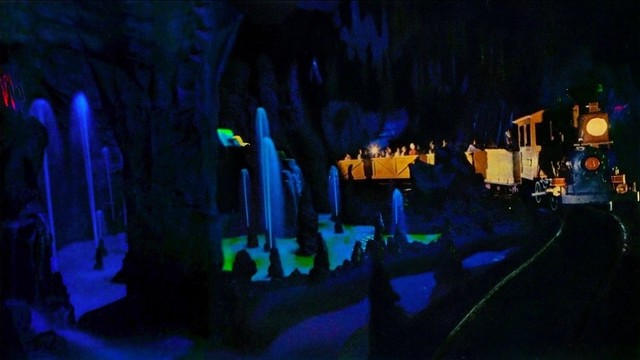 Once seated, you began your mountainous trek. The trip began with a journey through colorful caves, reminiscent of the Rainbow Caverns that had graced the Mine Train thru Nature’s Wonderland. Your machine would then continue to travel around the mountain with more subtle references to Nature’s Wonderland scattered throughout.

Eventually, you would have encountered a rickety bridge that you had to cross because every other path was blocked. As you reached the apex of the bridge, suddenly your vehicle would have been launched into the air as the geyser erupted. Your vehicle would bounce through the air, even reaching the tip of the mountain, giving you a stunning view of all of Frontierland.

At this point, you would land on the peak and traverse down the mountain to the loading and unloading spot, bring your wild adventure to a close. (For a more detailed description of the experience, check out this Jim Hill article.) 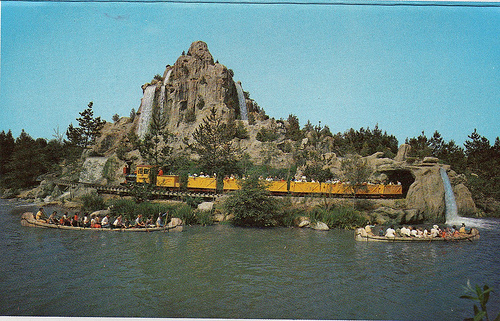 Unfortunately, Geyser Mountain never got its chance to grace the parks. Interestingly, preparations for the attraction actually began in 1998. Cascade Peak, another part of the much-mentioned Mine Train, was destroyed to make the way for the new mountain to grace the skies of Frontierland. 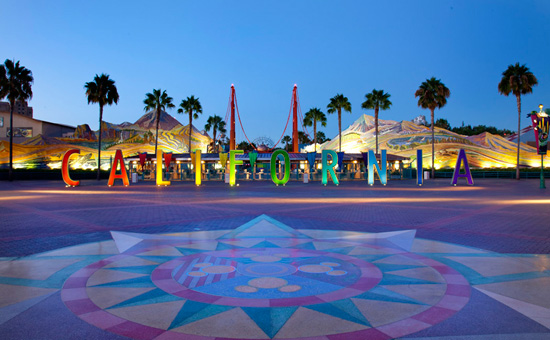 Plans began to stall on Geyser Mountain with the arrival of Disney’s California Adventure. The park initially cost a lot of money, so it was tough to find the capital to produce a huge, sophisticated attraction. Plus, California Adventure was not exactly a success upon its opening. Eventually, the powers that be realized that they probably should not built a new E-Ticket attraction at Disneyland because it would draw too much business away from the floundering new park.

Ultimately, the Tower of Terror joined California Adventure in 2004, pretty much ending any chance of Geyser Mountain entering the Disneyland because Disney tends to try and not use the same type of ride system in parks that close. And with Star Wars Land taking over the spot that the attraction would have had in Frontierland, it seems that Geyser Mountain’s odds of appearing at the Disneyland Resort are slim to none.

Unfortunately, no one ever got the chance to see this ground-breaking attraction, but I wouldn’t count it out quite yet. It is such a cool idea for an attraction that I’m sure it will live on in the minds of Walt Disney Imagineers as a very real possibility for a future attraction. But now we’ll leave the world of fantasy and take at a sneak peek at next week’s attraction.

As always, thank you for reading, and I hope you enjoyed the post. Thanks for being patient while I was really busy with school and other projects. I hope it was worth the wait!

Via Confessions of DisNerd

And per usual, have a magical day!