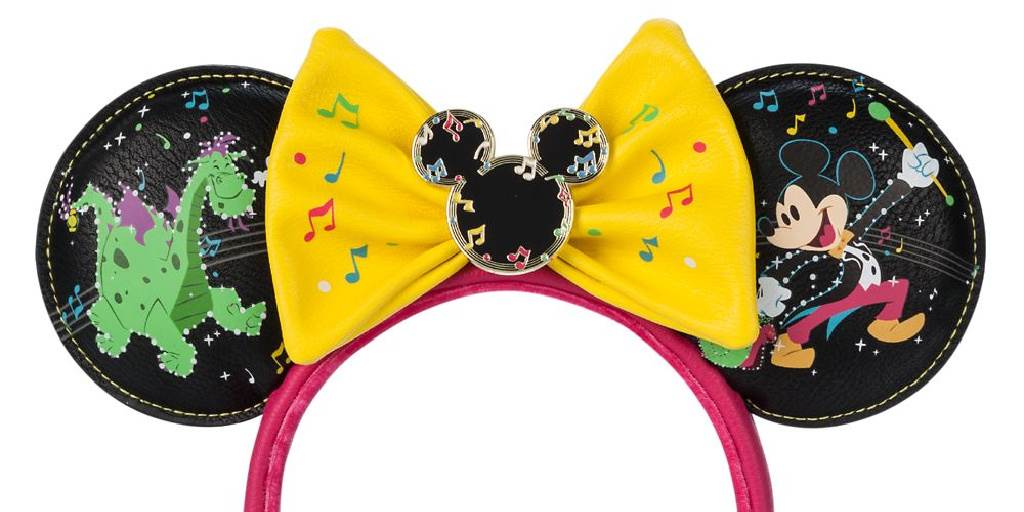 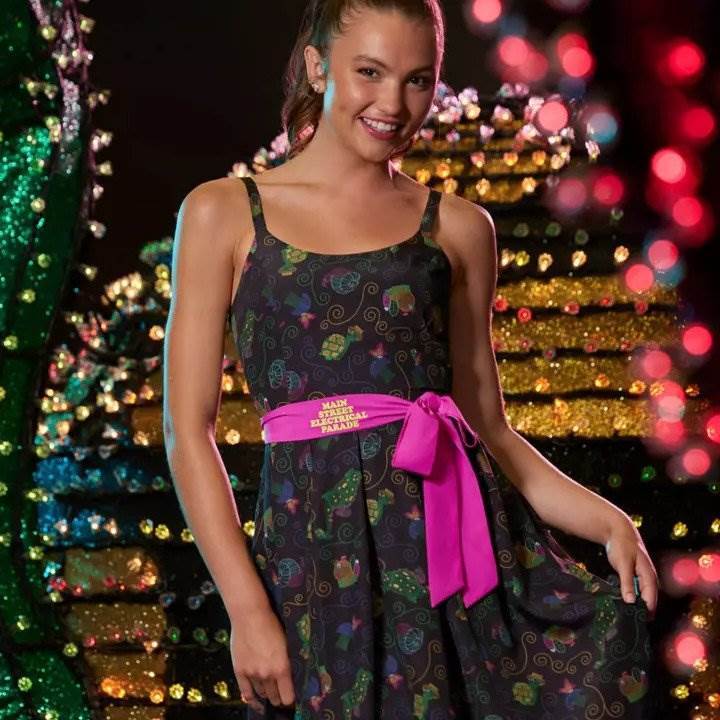 It’s been just over two months since Disneyland Resort welcomed back the fan favorite (and slightly revamped) nighttime spectacular, the Main Street Electrical Parade. In anticipation of the parade’s return, Disney also revealed a themed merchandise line and at long last the colorful collection has arrived on shopDisney. 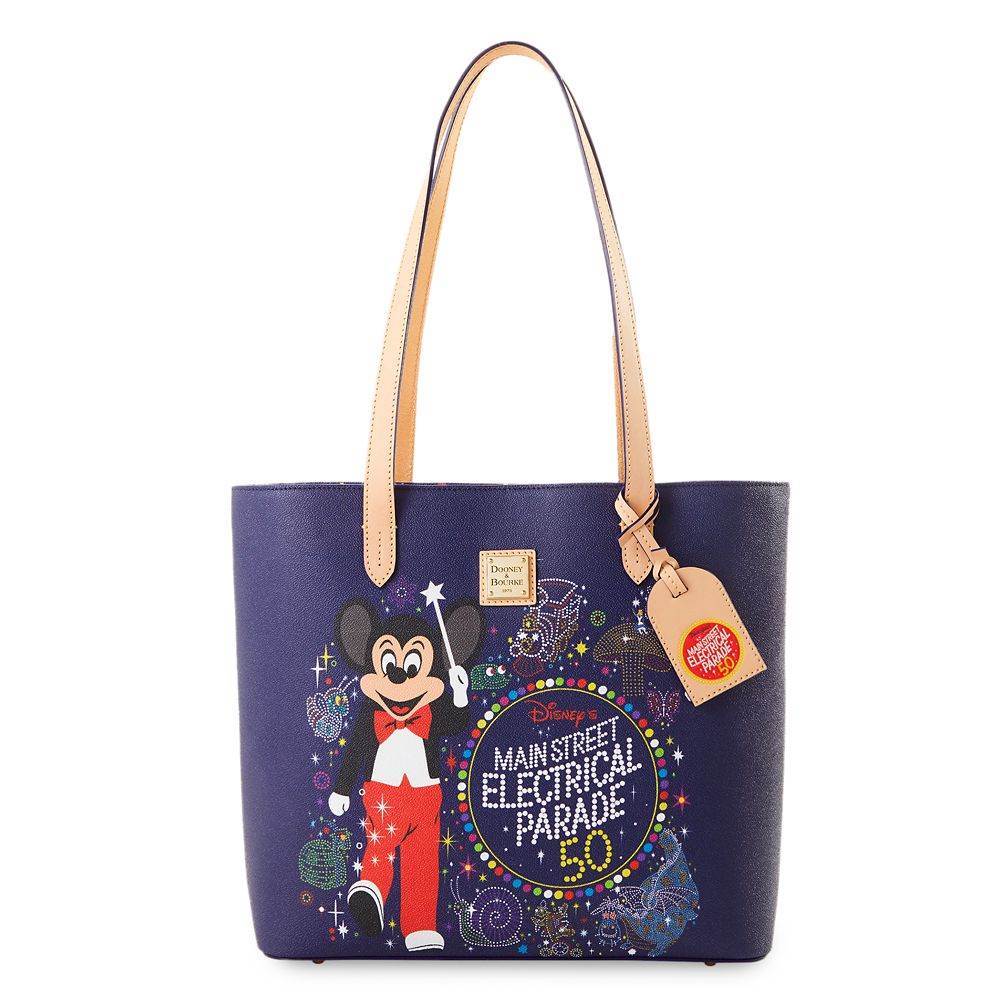 With the Main Street Electrical Parade lighting up the streets of Disneyland once again, what better way to commemorate the nighttime spectacular than with a fashion collection from Dooney & Bourke?! 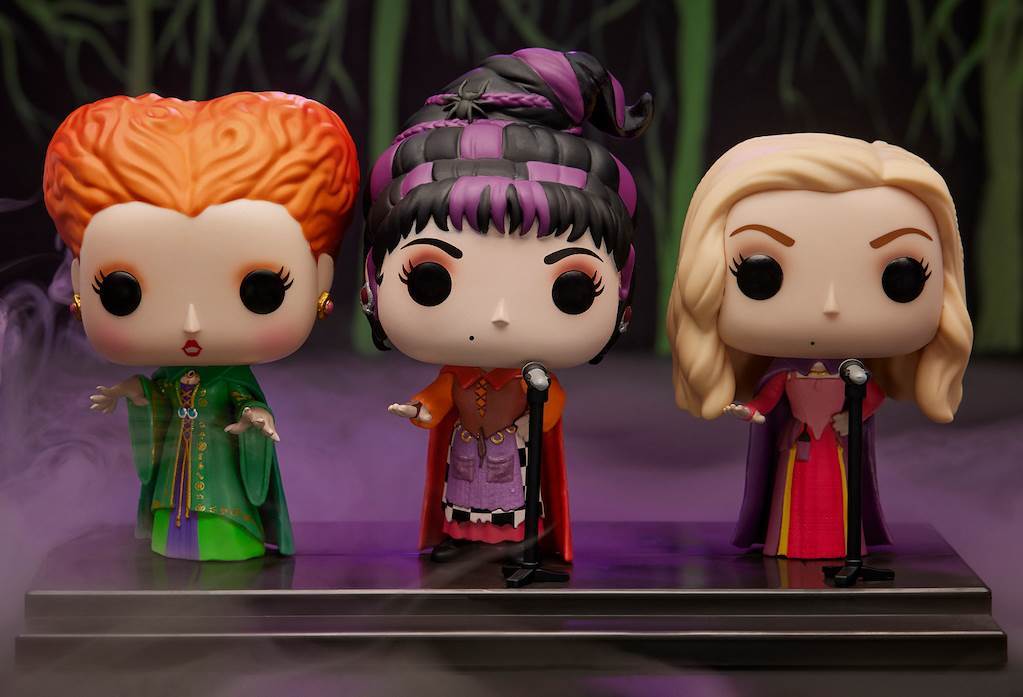 Spirit Halloween is brewing up some spooky excitement with an exclusive limited-edition Hocus Pocus Funko collaboration … and fans don’t have to wait 300 years to get their hands on it! The ubiquitous Halloween store is turning their attention to cult classic Hocus Pocus with an all-new dream collectible. Perhaps you’re looking for some museum-worthy artifacts to add to your home collection…without running into any snakes. If it’s fortune and glory that you seek, bring home your very own ancient artifact collectibles based on props from the Indiana Jones movies. We can’t get enough of Lilo & Stitch and we’re not the only ones! Entertainment Earth is bringing fans not one, but two incredible new exclusives from Funko and Bioworld that will look great in your Disney collection. 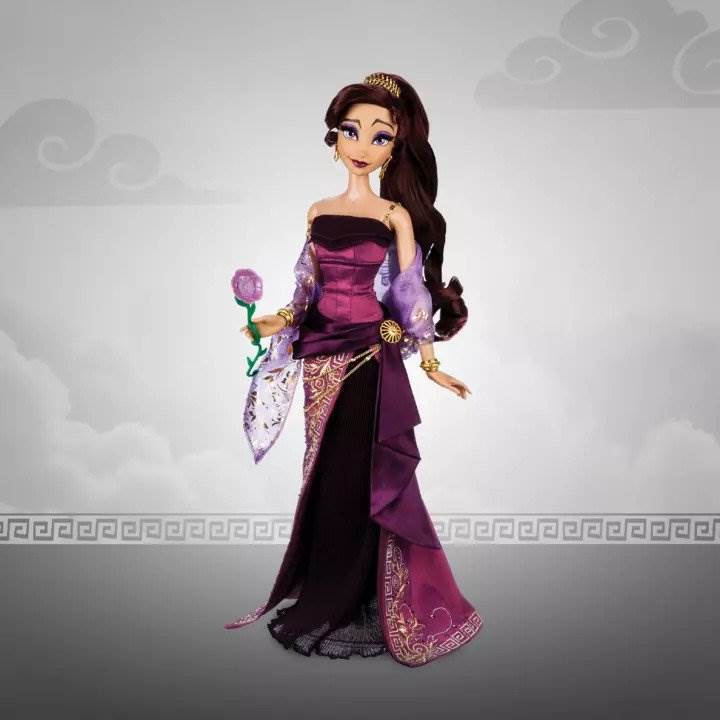 We can’t get enough of Disney’s Limited Edition Dolls and their next reveal is as dramatic as it is lovely. We’re talking about Megara “Meg” from Hercules! In honor of the film’s 25th anniversary, Meg is getting an updated look that fans will love. Convention Season is here and like many companies, Entertainment Earth will be introducing new exclusives that will debut first at San Diego Comic-Con. Laughing Place is delighted to bring you an exciting reveal of Thor: Love and Thunder inspired socks that will make you feel like an Asgardian! Now that Guardians of the Galaxy: Cosmic Rewind is open, shopDisney is giving fans across the country the opportunity to commemorate the attraction with some totally cool collectibles! From toys and action figures to apparel and a Star-Lord mask there’s something here for everyone that will make you an honorary member of the Guardians. 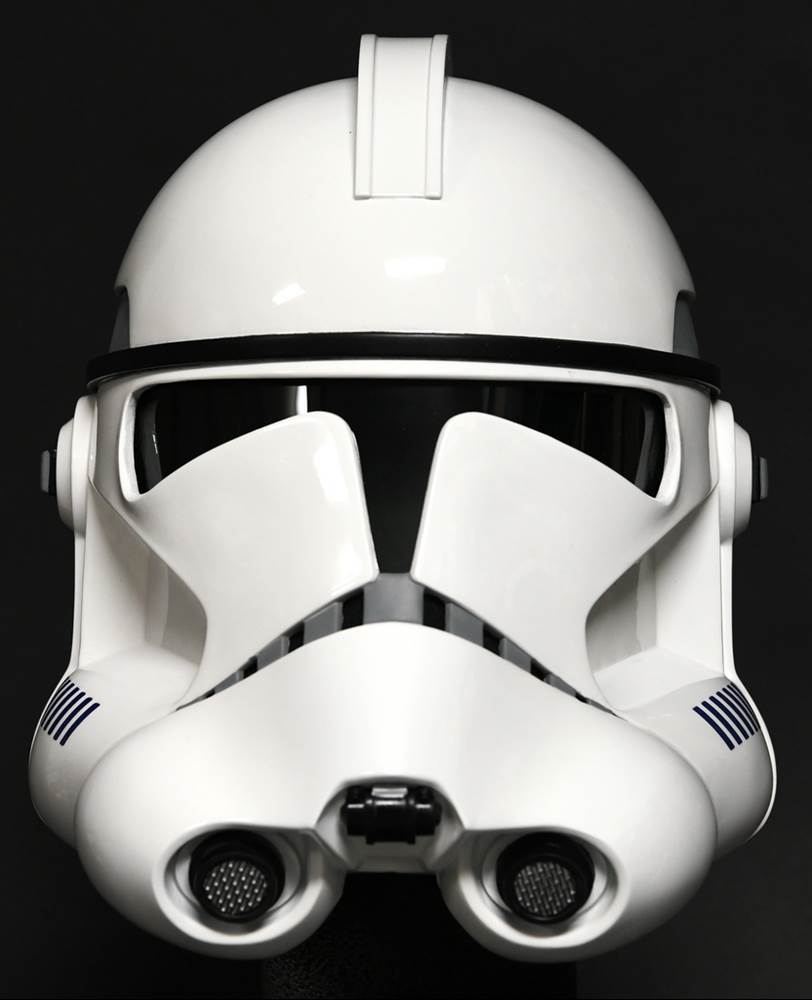 Fans of the Clone Wars era of the Star Wars franchise will want to set aside a place in their collection Denuo Novo’s replica of the Republic Clone Trooper helmet. This incredible collectible is presented in a clean, non-weathered version that pairs perfectly with the weathered look that debuted this past spring. 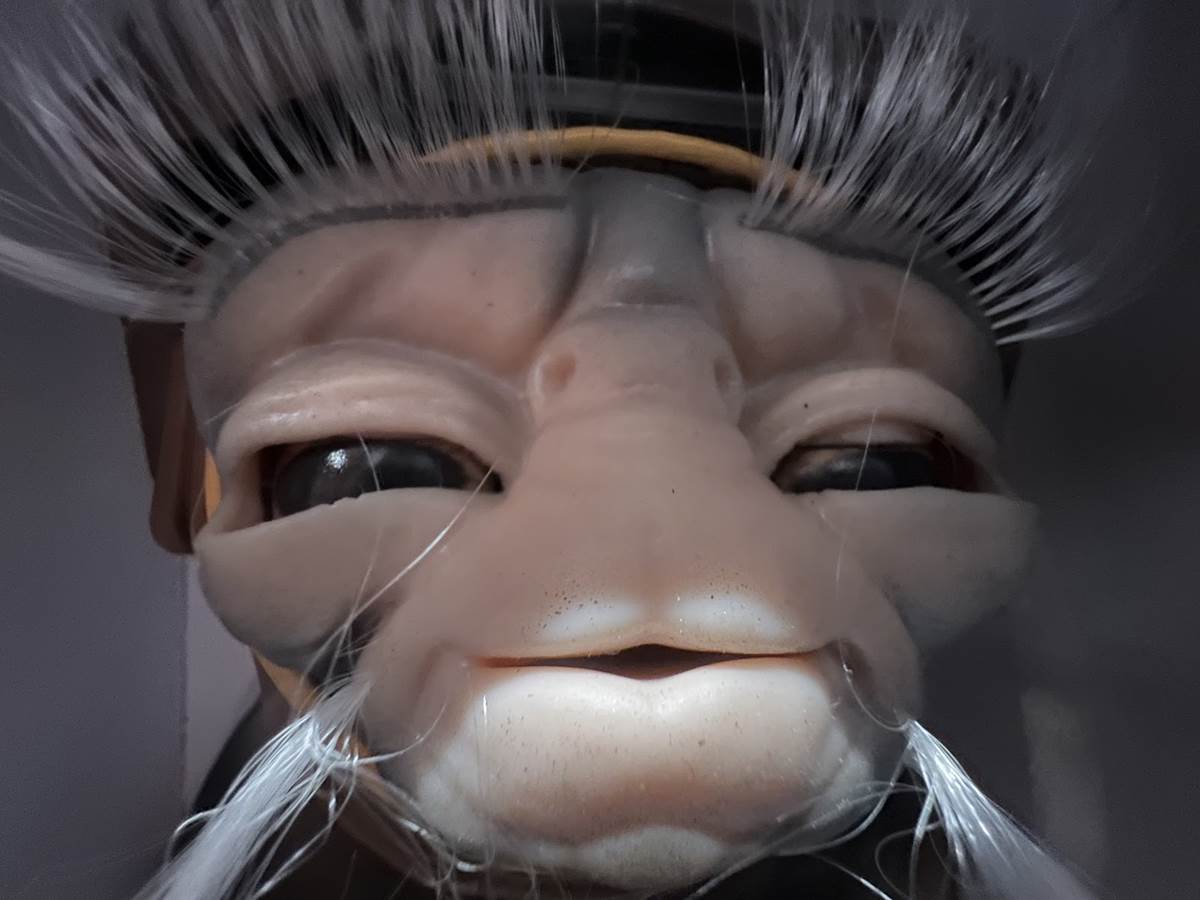 A new figure of Babu Frik, the droidsmith who appeared in Star Wars: The Rise of Skywalker, has appeared on the shelves of the Droid Depot in Star Wars: Galaxy’s Edge at Disney’s Hollywood Studios. Marvel Ms. Marvel I Was There Avengercon T-Shirt | Hot Topic 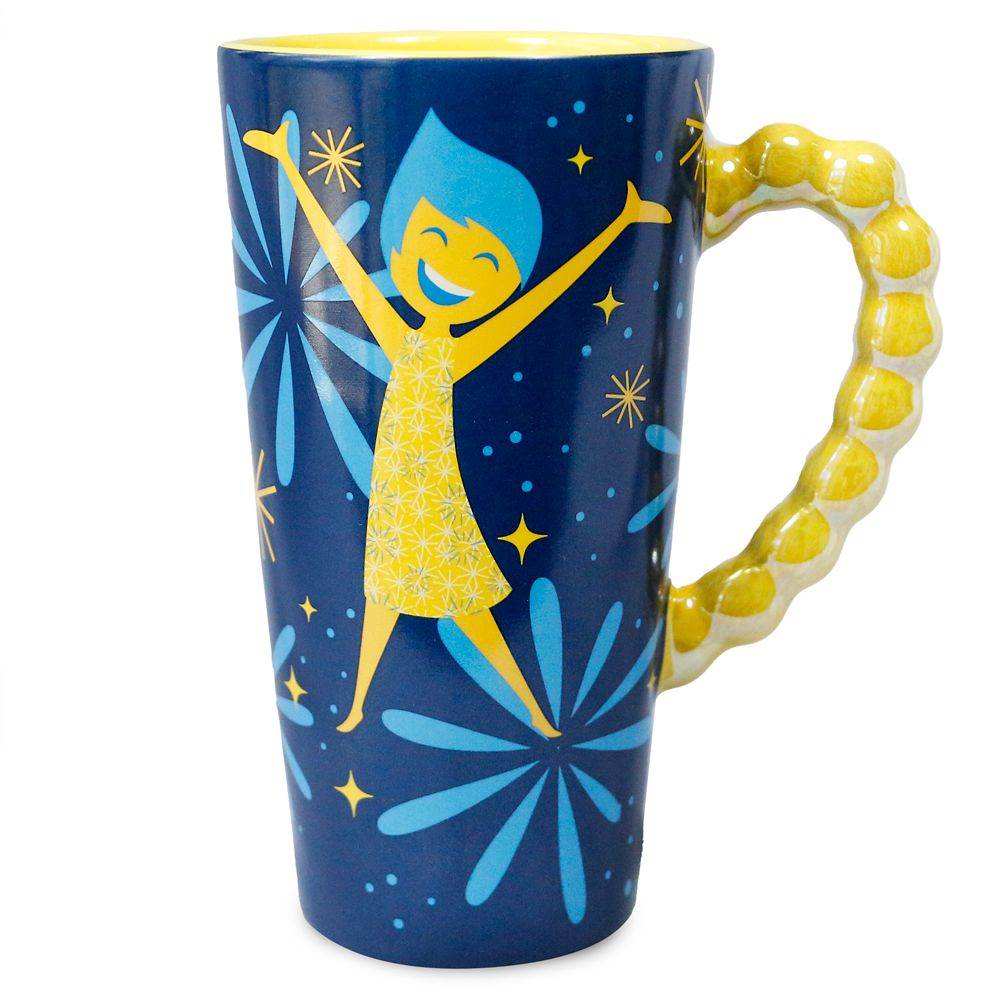 Joy Latte Mug – Inside Out | shopDisney 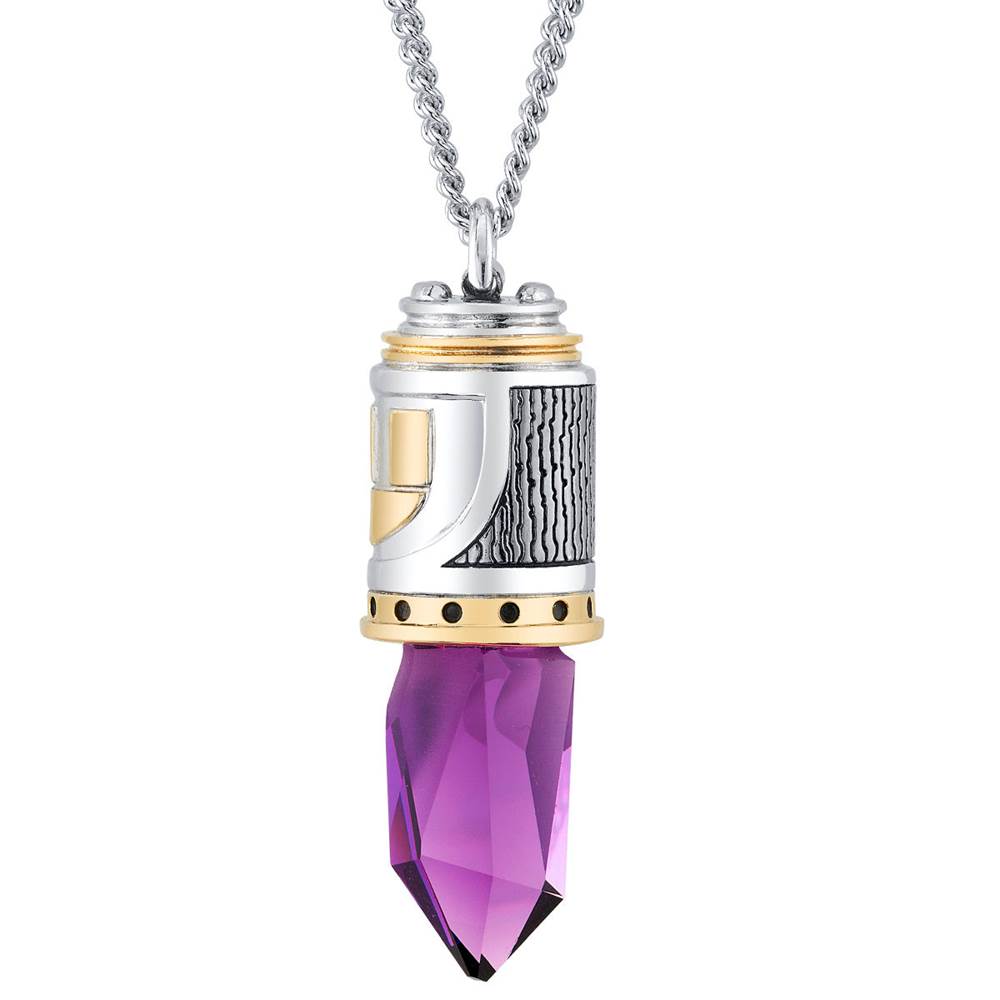 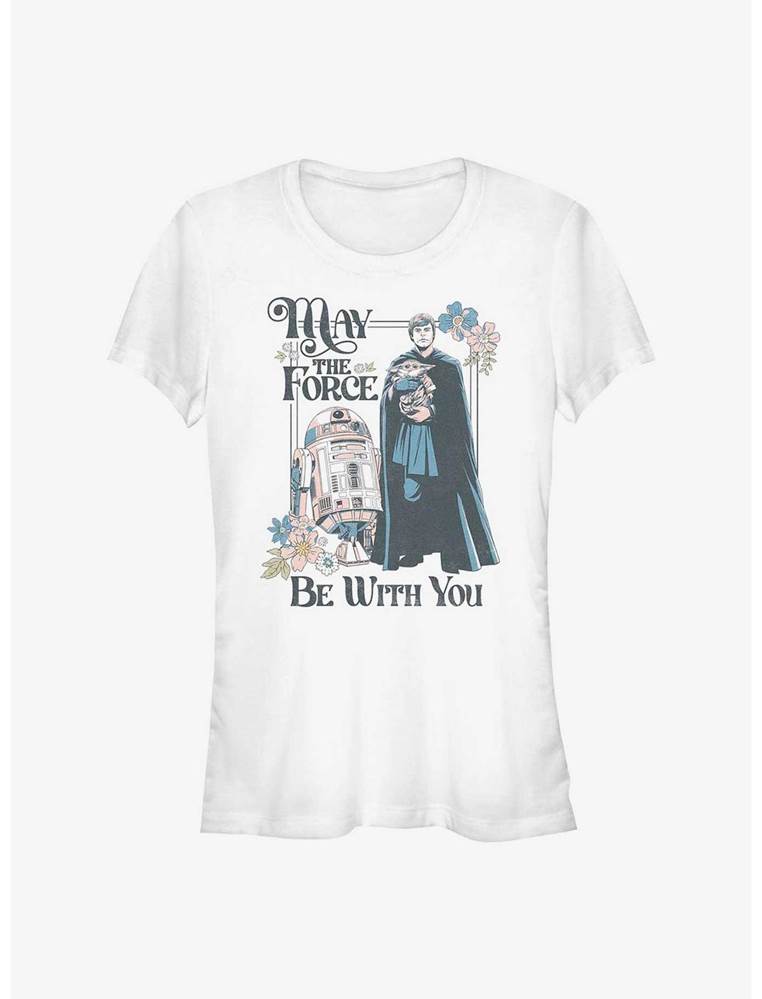 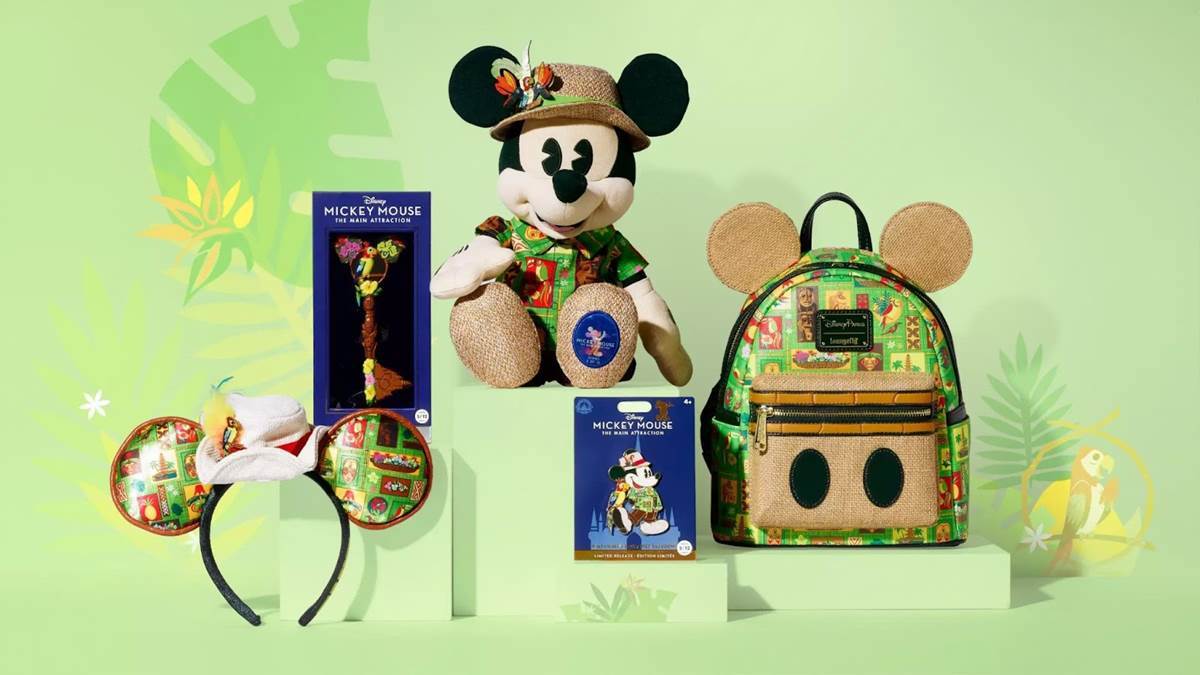 Bright, bold and oh so fun, everyone wants to join Mickey Mouse for a visit to the Enchanted Tiki Room! The playful pattern is as magical as the attraction itself and features icons of Jose, tiki gods, and bamboo all set against a lush green background. 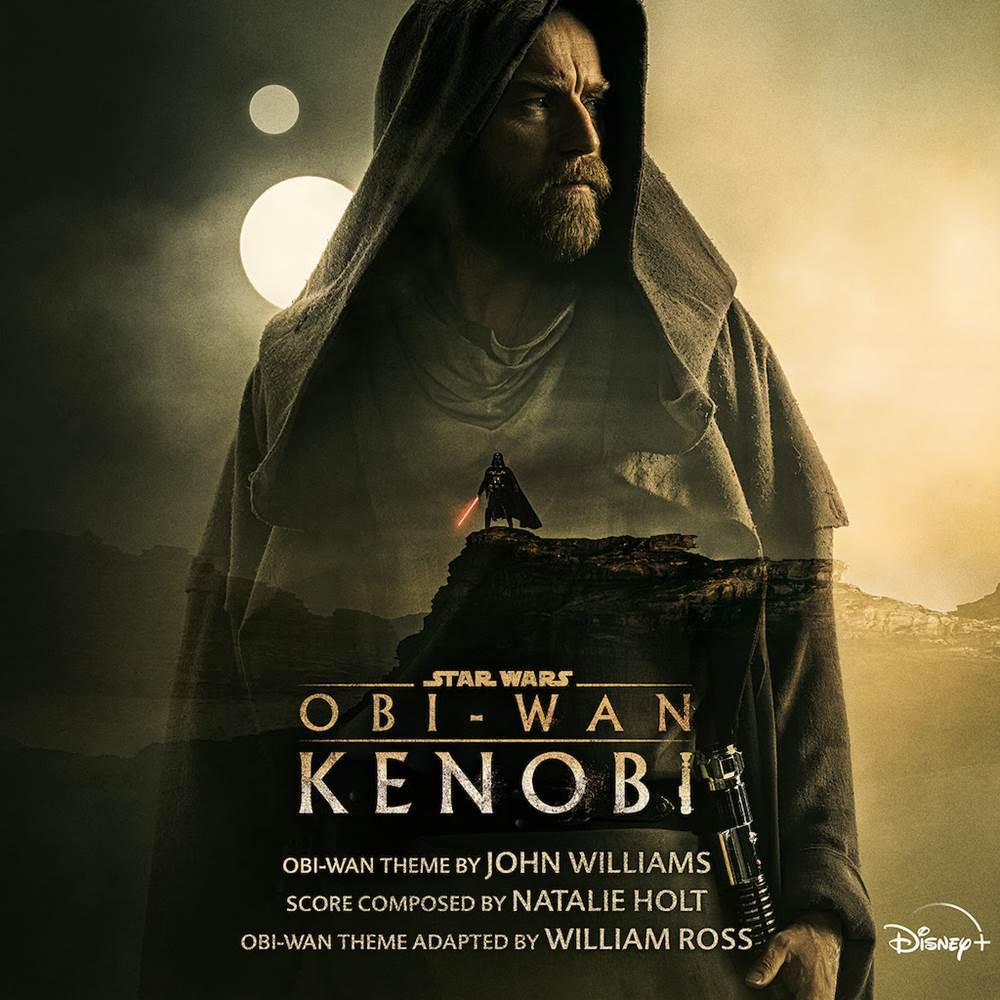 Walt Disney Records is pleased to announce that the soundtrack for the Disney+ Obi-Wan Kenobi series is now available on digital platforms for streaming and purchase. They’ve also shared an interview with composer Natalie Holt (Loki), about this ambitious undertaking. Order Up! "The Bob's Burgers Movie" Coming to Digital, Blu-Ray and DVD in July

Fans of the Belcher family, their friends, and the exciting film, can enjoy the madcap adventure again and again as the celebrated story comes to digital on July 12th and Blu-ray and DVD on July 19th. 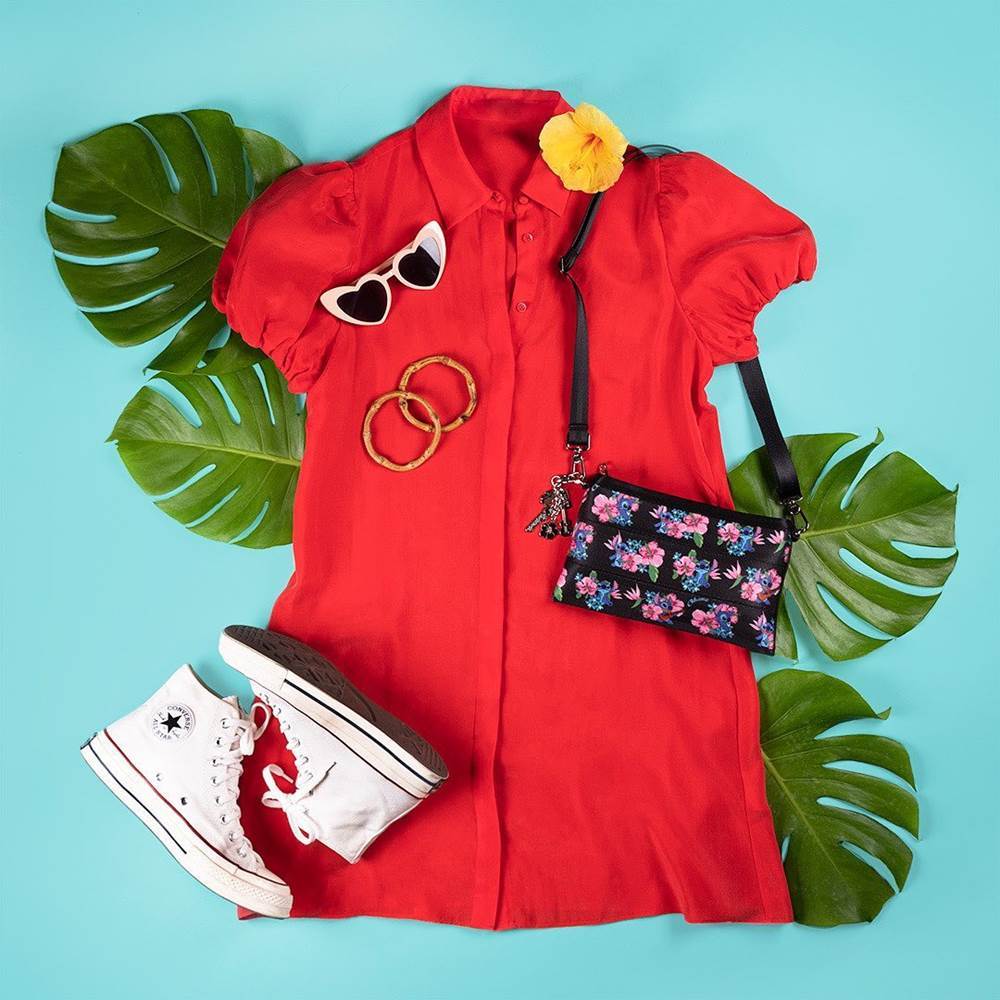 Harveys is bringing Stitch to their signature style bags with a cute mini makeup case, convertible hip pouch, and coin purse that fans are sure to love. In honor of the 20th anniversary of Lilo & Stitch, the company is rereleasing a playful pattern from their archive. 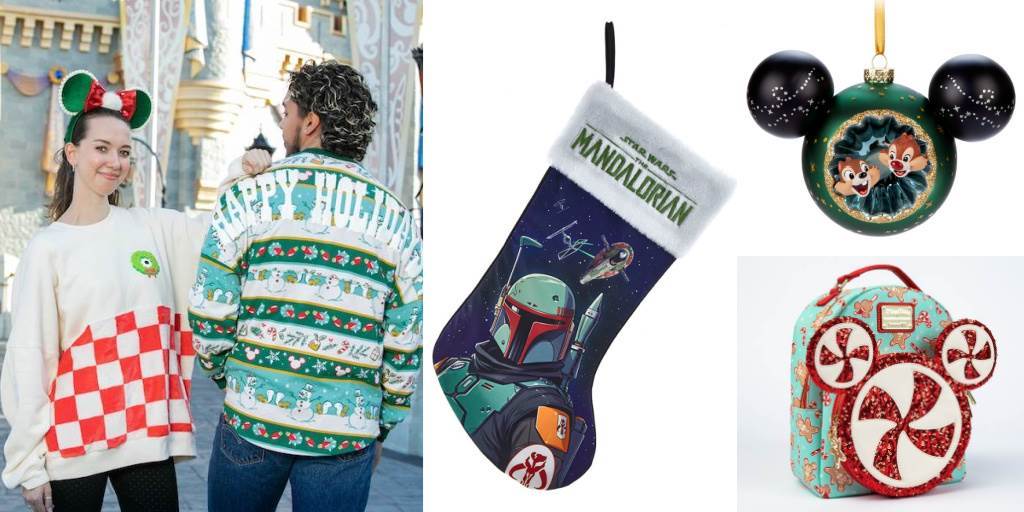 "Barely Necessities: The Disney Merchandise Show" Halfway to the Holidays Round Up

Are you ready for Christmas and all of the other winter holidays? Disney recently celebrated the halfway point to the jolly season and shared a sneak peek at the upcoming merchandise. And of course, we had to get in on the fun too. Wakanda may not be a real place, but that doesn't mean you can’t live out your dream of becoming the Black Panther! A new Marvel Legends role play helmet inspired by T’Challa’s look in Black Panther is the latest awesome collectible to debut and is sure to be a must have for Marvel fans. 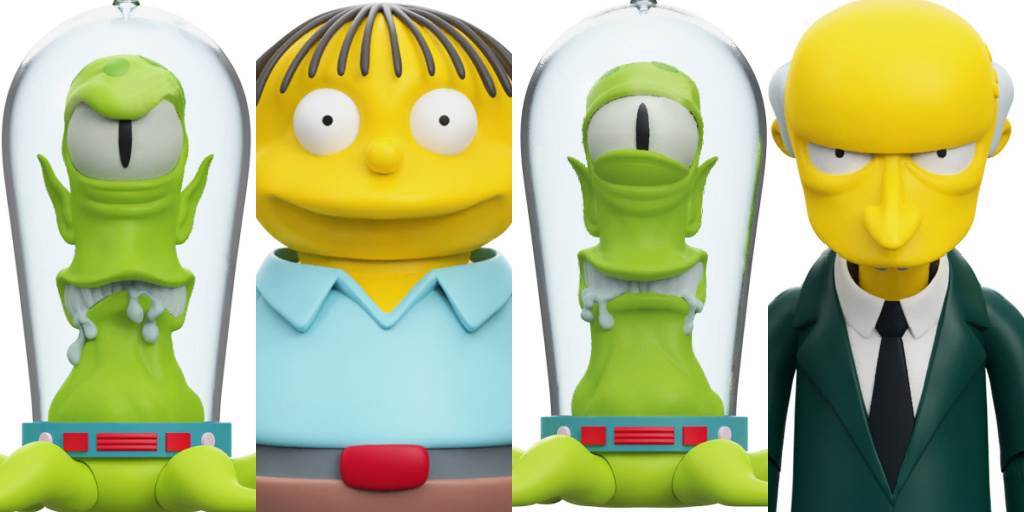 If looking at the new Super 7 The Simpsons action figures has you reaching for your wallet and saying, “I’m in danger,” we totally understand! The company has unveiled four new collectibles that fans of the show will be anxious to acquire and who can blame them? If your Disney collection could use a sequined backpack, then you’re in luck! The Orchid Pink color story has just undergone a name change—it’s now Magenta—and it’s introduced a charming Loungefly backpack that will have you sparkling everywhere you go! We all love Disney plush pals especially when they’re themed to cute creatures! Disney has introduced a new line of Disney Parks Big Feet plush that will make you smile and bring some charm to your Disney display.