In Jia Tolentino’s Trick Mirror, her opening essay discusses the role the internet has played in the formation of our modern society. To paraphrase in an overly simplistic way, the internet has warped our entire idea of individual identity. We have created our own separate roles online and in-person. This has allowed the online landscape to become a much more divisive, cutthroat place than normal in-person conversations would suggest. 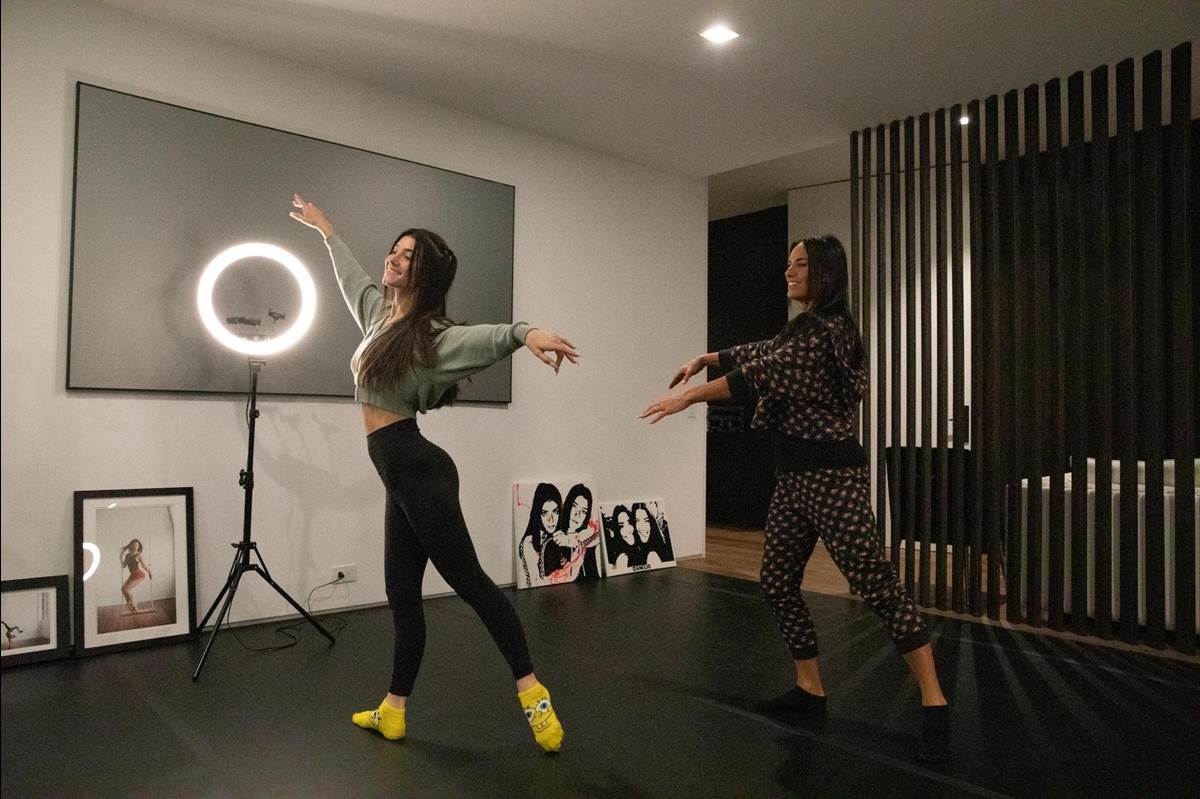 The D’Amelio Show, surprisingly, tackles this virtual conflict with a humbleness and a heavy dose of heart. Charli D’Amelio is the current reigning queen of social media, having a staggering 100 million+ followers on TikTok. Her sister, Dixie, is right behind her with over 50 million on the platform. Their TikTok followings have allowed them to both be in charge of an empire in record time. Podcasts, YouTube series, music careers, fashion labels, brand endorsements, and the list goes on and on. They have become moguls in the span of 18 months, it’s truly remarkable.

In our current celebrity landscape, a lot of people are quick to judge individuals for becoming famous for “doing nothing.” I can own up to the fact that I have preconceived notions about celebrities frequently. Since the introduction of Perez Hilton and TMZ in the mid-to-late aughts, the discourse around celebrities is vicious, especially when they don’t have “talent” to back it up.

What is so refreshing about The D’Amelio Show and the conversations that Charli and Dixie start on the show is their humbleness about their current situation. Charli is the first to say “I think this is a case of being in the right place at the right time.” She knows what the naysayers have to say about her stardom. On the flip side, she’s also the first to admit that her family has embraced it. When discussing Dixie’s fledgling music career, she says (paraphrasing here) “If you had the opportunity to sing in a recording studio and release your own songs, of course you would.” They are beyond grateful for where life has brought them in the past two years, and they will never deny the fact that it seems bizarrely out-of-place.

Over the course of the first five episodes of this reality show following the family’s lives that critics were given to review, I absolutely fell in love with them. From their honesty about the consistent work they have on their schedules, to their worry about possible burnout, to the down-to-earth energy they possess, I was surprised at how enamored I was with the show.

I am not on TikTok (much to the chagrin of everyone I’ve ever met my age), but I am well aware of the D’Amelio’s based on their ever-growing social media presence. I mean, heck, Charli has her own drink at Dunkin’. What a dream! I haven’t had a real opinion other than indifference for the very reasons I’ve mentioned above. Congrats to them, but they are famous…why? Yet, with every passing episode, I absolutely understand now. They are the every-woman. They are the celebrity representations of regular people. Their ability to stay humble, grounded, and unsuperficial allows them to connect with their followers and fans on a deeper level than most in the spotlight.

I was taken aback almost instantly as the frank discussion of mental illness, anxiety, and suicidal thoughts came into play. Rarely does a reality show like this have bumpers featuring mental illness hotlines to call if one needs assistance. Seeing the girls breakdown over the constant hate and death threats they receive on a daily basis was absolutely gutting, along with the stylistic choices to have vitriolic comments and tweets appear on screen throughout the episodes. It proves Jia Tolentino’s point that online identity has become separate from that of someone in real life. As Charli mentions in a later episode, a group of people that contribute a vast majority of online hate on her posts are “girls who have ‘spread positivity’ listed in their bio.” The contradictions never cease online. These dialogues are important, however, and I’m not sure if a television show geared towards this demographic has so expertly dealt with the subject of mental illness among younger generations. Social media has led to questioning everything about one’s self and the frequent conversations on the matter have been open and refreshing.

It was also refreshing to see two parents who aren’t in “stage mom” mode. They want what’s best for their children, celebrities or otherwise. They want them to know that it’s okay to step away. They want them to still be kids and not have to always worry about work. It feels like at any moment, they are willing to drop everything and go back to their normal lives for the sake of their children’s health.

My indifference has become deep respect for this family after watching The D’Amelio Show. I inhaled the first five episodes, considering the guts it takes to put your mental health journey on television in such an understated, yet meaningful way. I will restrain myself to the best of my abilities, but catch me recommending this show to everyone, buying stuff from their clothing line, and streaming Dixie’s music for the foreseeable future. We love relatable queens!