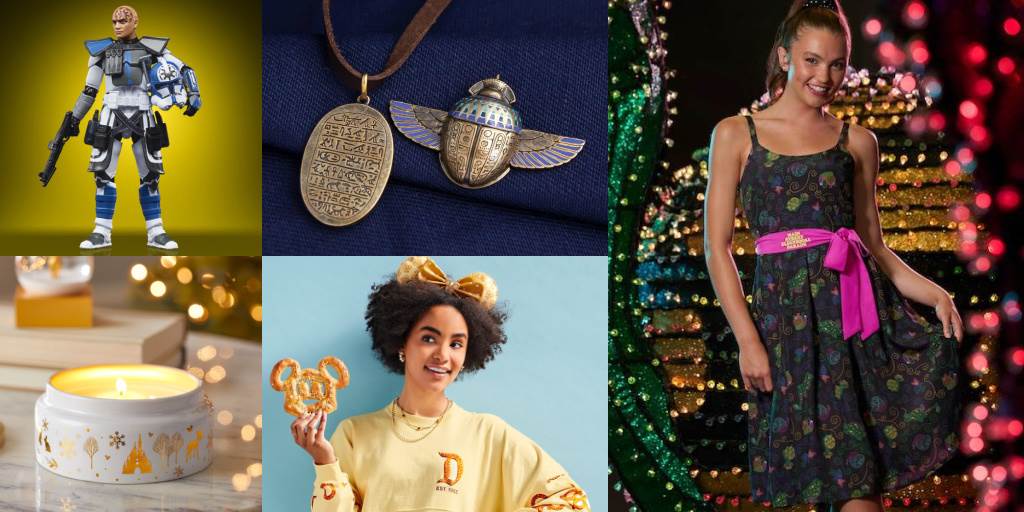 Ooooh! Disney is continuing their celebration of signature snacks with their latest merchandise collection, themed to Mickey Pretzels! After debuting at the Disney Parks this delicious apparel has made its way to shopDisney and will be a welcome addition to your wardrobe. Choose a Free Gift When You Spend $100+ on shopDisney

Spring is here and shopDisney is celebrating the new season with a special treat for guests: choose a free gift when spending $100 or more! Now through Thursday (April 14th) Disney fans can bring home a magical gift from the online retailer just for stocking up on their Disney essentials. A new month means new Disney Parks Wishables and Disney is honoring a longtime favorite with their next release. Expected to arrive in April, the latest series of micro plush will celebrate The Main Street Electrical Parade. The Disney Parks Blog recently revealed that a Main Street Electrical Parade merchandise collection will be debuting soon at Disneyland Resort and on shopDisney. The collection will feature: T-Shirts, Ear Headbands and more. Merida is the seventh doll to be featured in the Disney Designer Collection and is designed by Wes Jenkins. Jenkins dedicates the Merida doll to the memory of his grandmother, Martha. Like Merida, she was a redhead who was headstrong, but also compassionate. 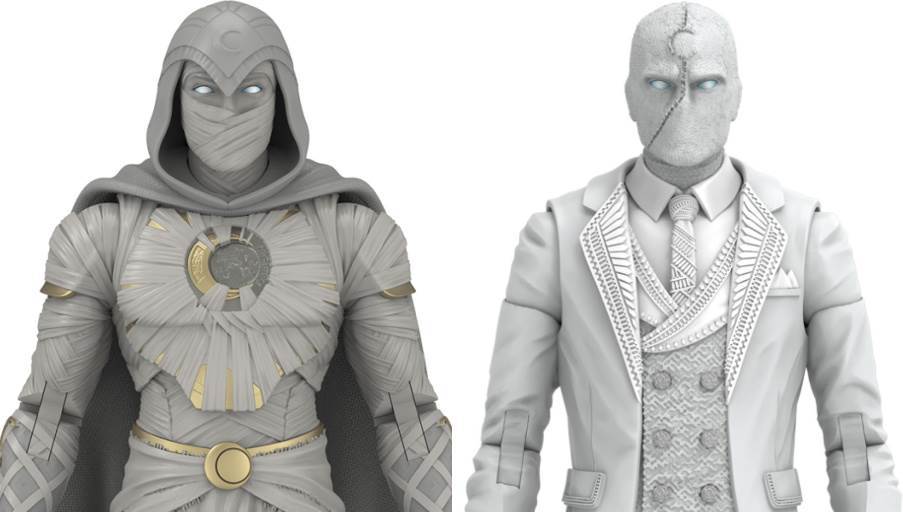 Whether you like Marc Spector or Steven —with a “V”— Grant, you’ll love the new Moon Knight action figures from Hasbro. Two fantastic versions have joined the Marvel Legends collection including the Mr. Knight collectible that’s part of the Infinity Ultron Build-A-Figure series.

Make room in your jewelry collection for a stunning new Marvel inspired piece by RockLove. The jeweler has just introduced a pendant necklace themed to the fan favorite Disney+ series, Moon Knight. 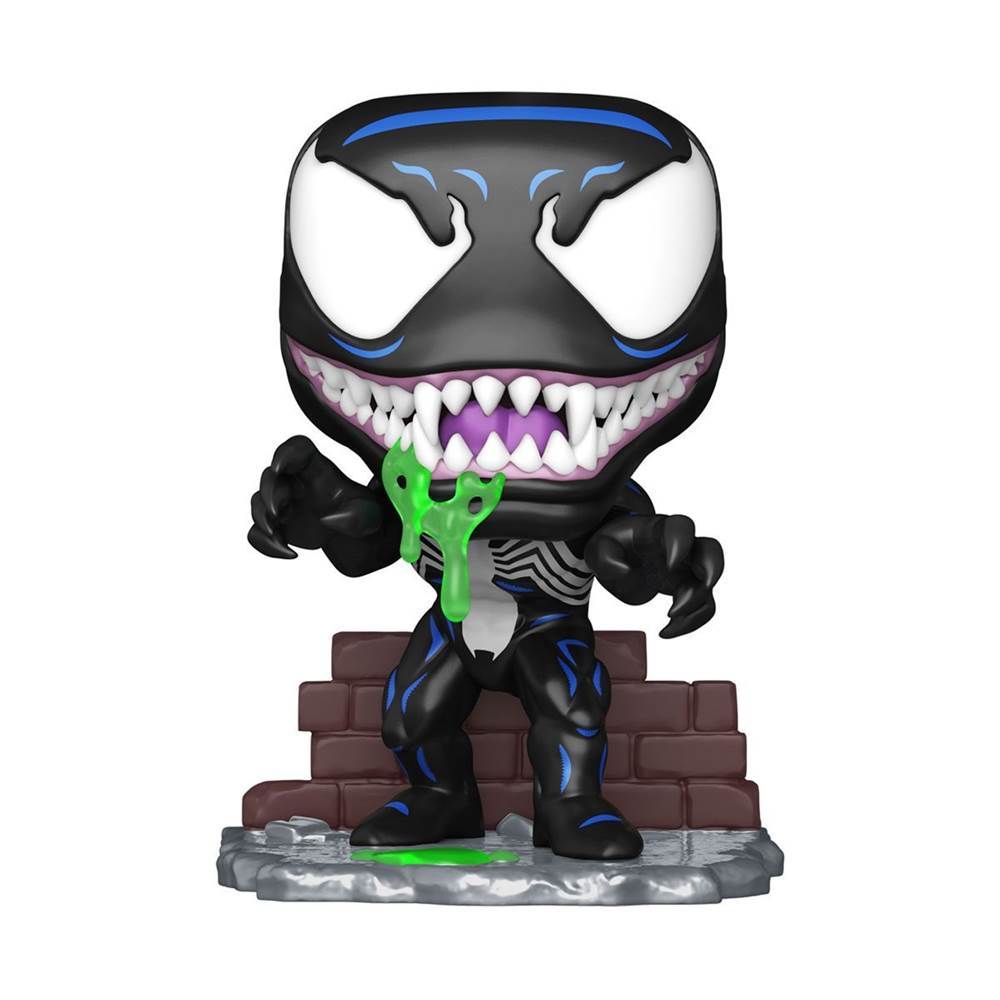 Fan favorite anti-hero, Venom, is once again the subject of a Funko Pop! collectible and this time, they’re throwing things back to 1993! Looking just like he did on the cover of Venom: Lethal Protector #1, this Previews exclusive figure captures the essence of the character in a must-have display piece. 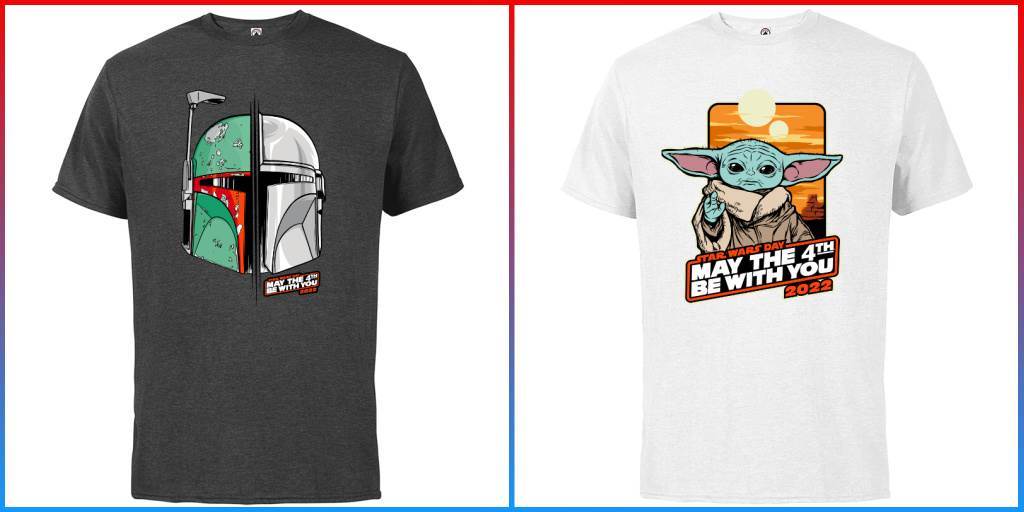 With Star Wars Day right around the corner, shopDisney is helping fans prepare for this celebration with a series of new character shirts for adults and kids. 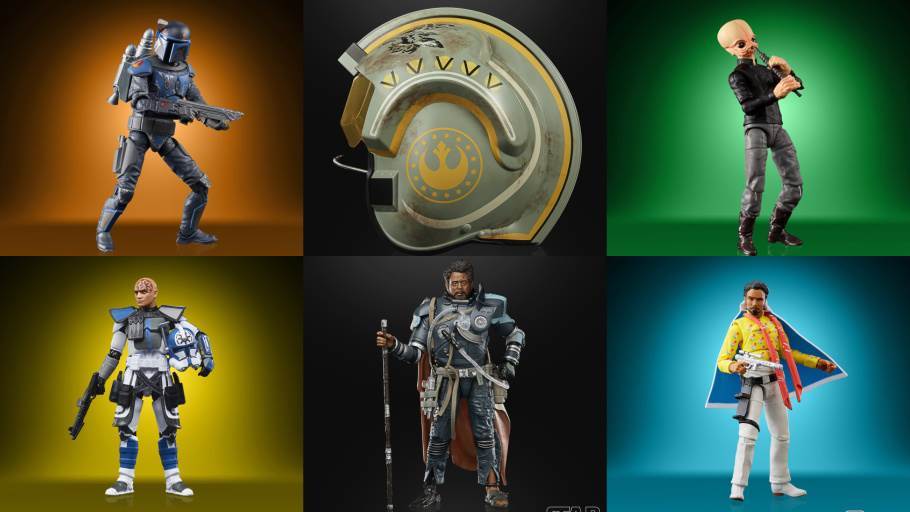 Bring a wide variety of Star Wars characters to your home collection with these awesome action figures. Whether you’re a fan of the Dark Side or align yourself with the Rebels, there’s something here to appease both factions. If you’ve ever wanted to be the caregiver to a Star Wars creature, Mattel is bringing you one step closer with their new Star Wars Galactic Pals line of plush. Designed for kids (and cosplayers!), these adorable big-eyed characters are themed to a new series of Star Wars shorts and are on sale now. Coinciding with the arrival of the show—and debut of Mr. Knight—Funko has opened pre-orders on two Pop! figures that will make a great addition to any Marvel collection. 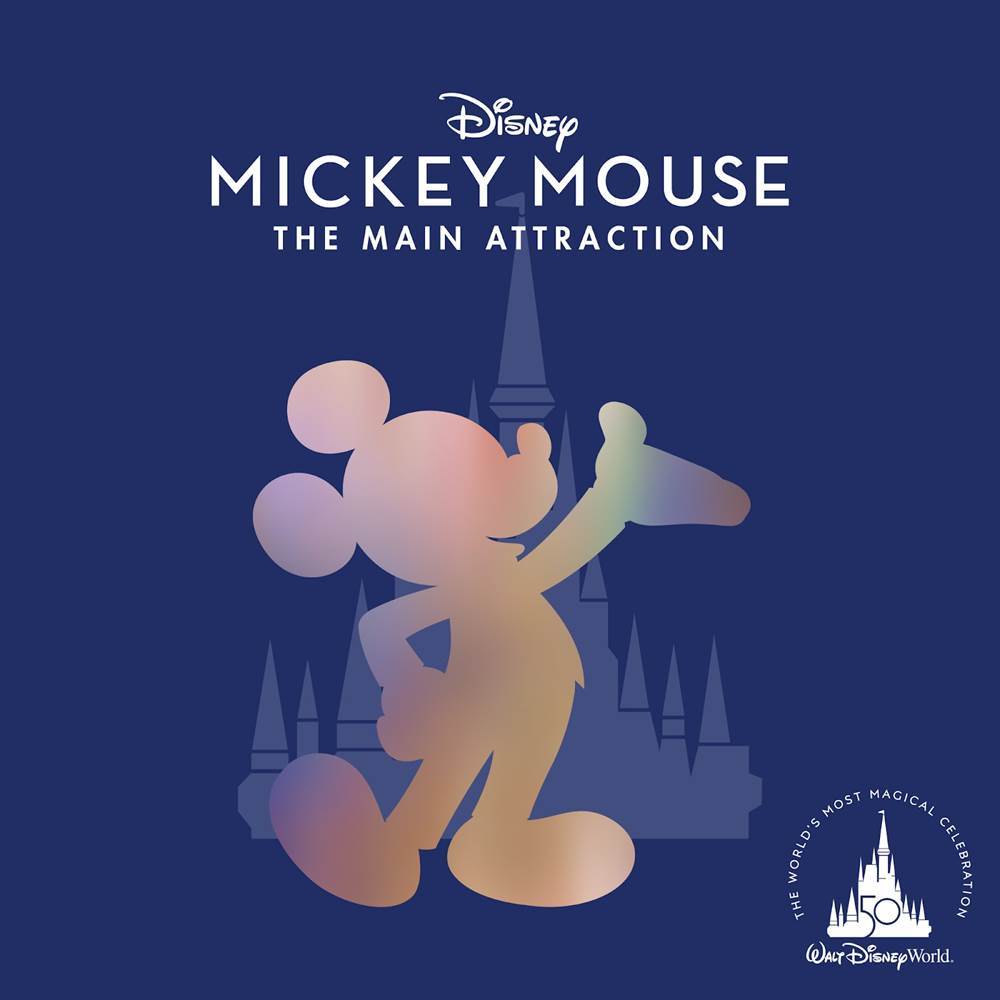 Join Mickey Mouse as he blasts off to outer space! The Space Mountain Collection showcases Mickey in a stark white suit and a cool purple visor. The matching accessories featured glittery silver accents and shimmery purples to mimic the awesome colors of space. The collection—will debut on April 15th at 7am PT on shopDisney!

Step into Summer with Cute Loungefly Styles on shopDisney

Whether staying local or setting off for adventure, get ready for summer with new Disney Loungefly bags! shopDisney recently added some cute designs celebrating Minnie Mouse, Disneyland and more. 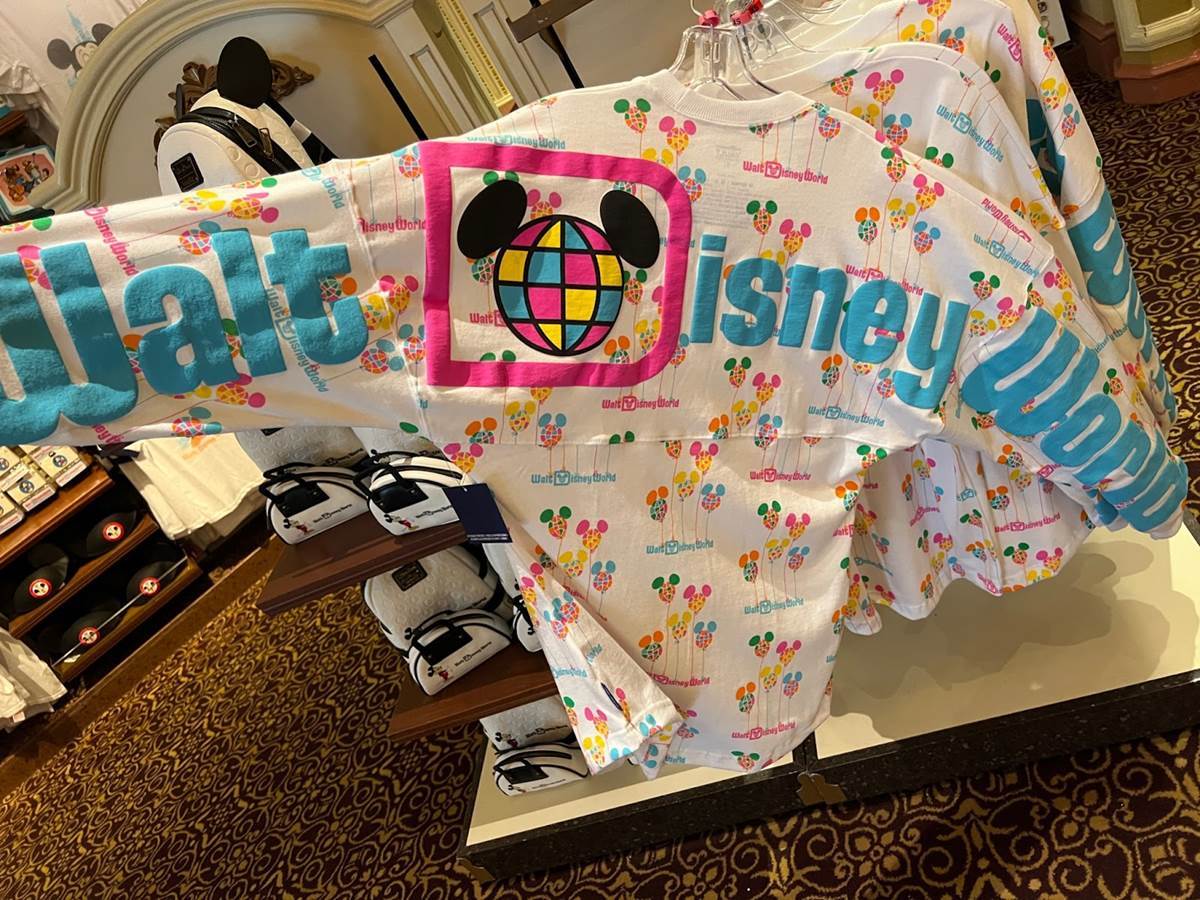 The latest addition to the Walt Disney World Vault Collection celebrating the Resort’s 50th anniversary has been released, featuring retro balloon designs. We spotted these items this morning at the Magic Kingdom. Dooney & Bourke continues to deliver delightful new Disney patterns and their most recent release is themed to Dumbo! The new collection has already debuted at Magic Kingdom, and will be available on shopDisney on April 8th. 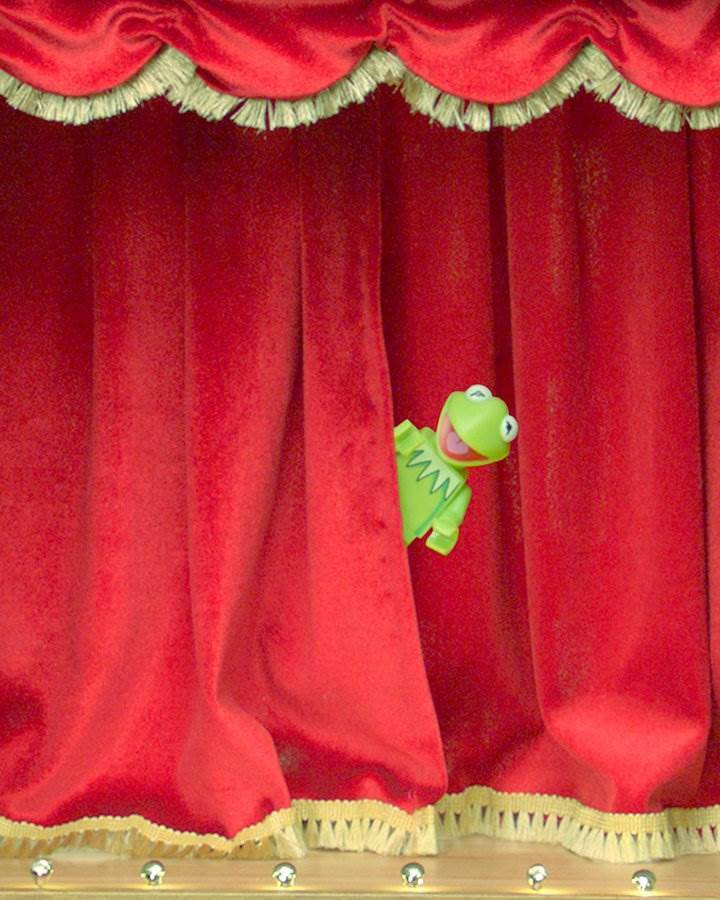 LEGO has tweeted an image of a Kermit the Frog minifigure, signaling that it may soon be time to meet the Muppets…in LEGO form! Lego Star Wars: The Skywalker Saga just dropped and Chris says, “it’s my favorite installment yet!” Being the largest Star Wars game and the largest Lego game to date, there is a lot to talk about, so let’s jump in!