Didn’t catch our show live? No worries! Here’s a brief recap of what we discussed plus links to those stories and items available for purchase. We’ll start off at shopDisney with Donald Duck Dooney & Bourke, Halloween Spirit Jerseys, Betsey Johnson jewelry, and Jasmine inspired styles. Next we look at the Disney x Vans collection at WDW, Mousercise bags from Loungefly, and RockLove’s D23 Expo exclusives. Marvel gives us a Black Panther Funko Pop! and a Ghost Rider action figure from Hasbro. Finally, for Star Wars we discuss the new R2-W50 interactive droid that celebrates Walt Disney World’s 50th anniversary. 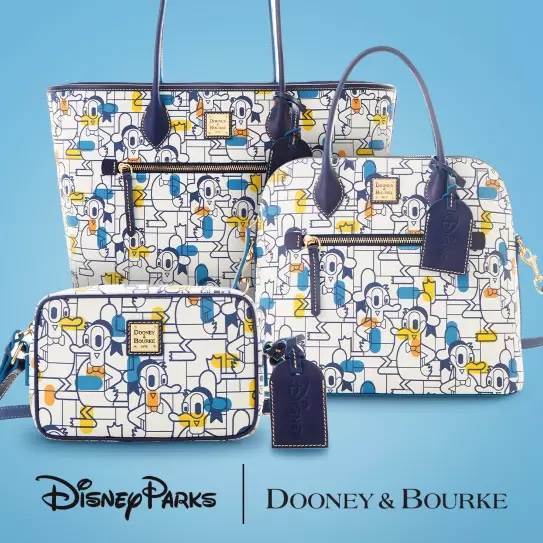 “Oh Boy, Oh Boy, Oh Boy! “A Donald Duck Dooney &amp; Bourke Collection is Coming Soon to shopDisney Well my goodness, Dooney & Bourke is back with another Disney collection and this time their sole focus is on Donald Duck. Fans of the classic Disney character—and pal of Mickey Mouse—will love the unique geometric pattern that’s as interesting and unexpected as Donald himself. 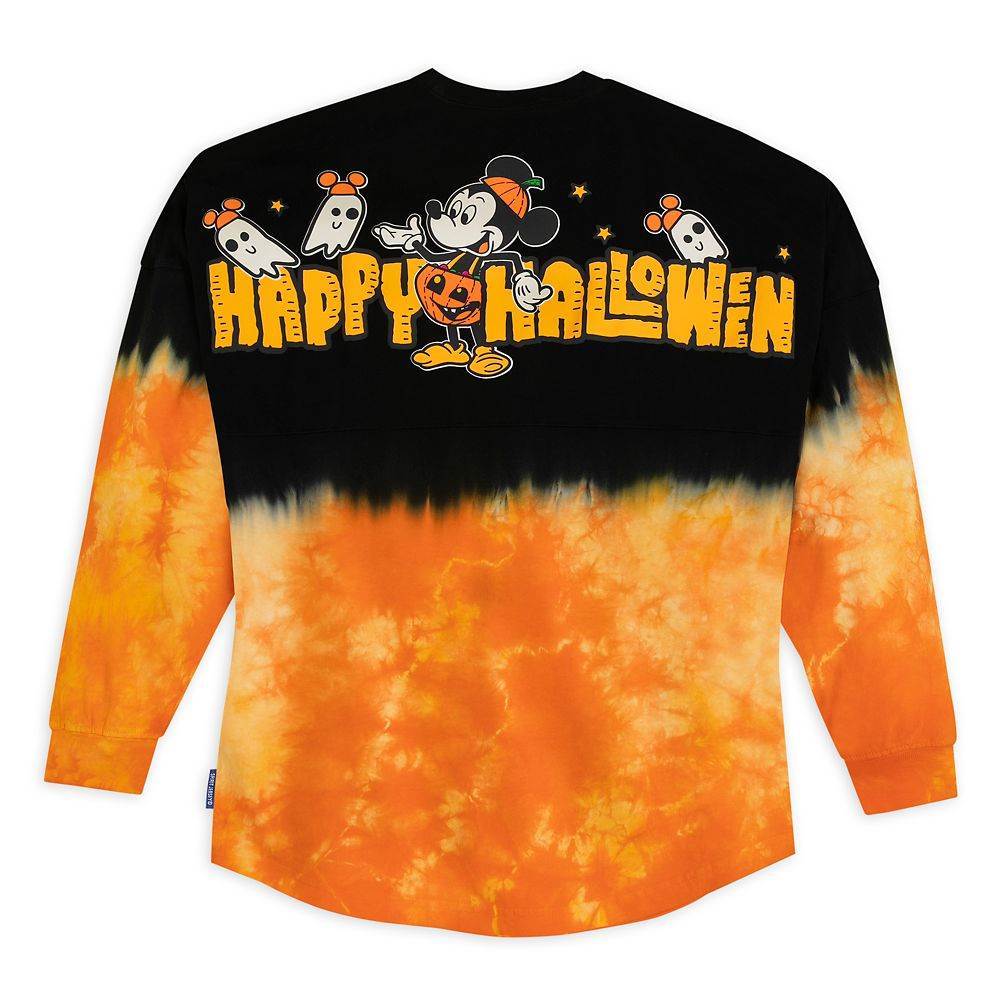 Halloween 2022: The Spirit Jerseys Start to Materialize on shopDisney I don’t know if you got the memo, but it’s officially time to start planning for a kooky, spooky, and fantastic Halloween! shopDisney has opened their Halloween Shop and as always, they have everything fans need to bring a bit of haunted fun to their wardrobe—including new seasonal Spirit Jerseys. 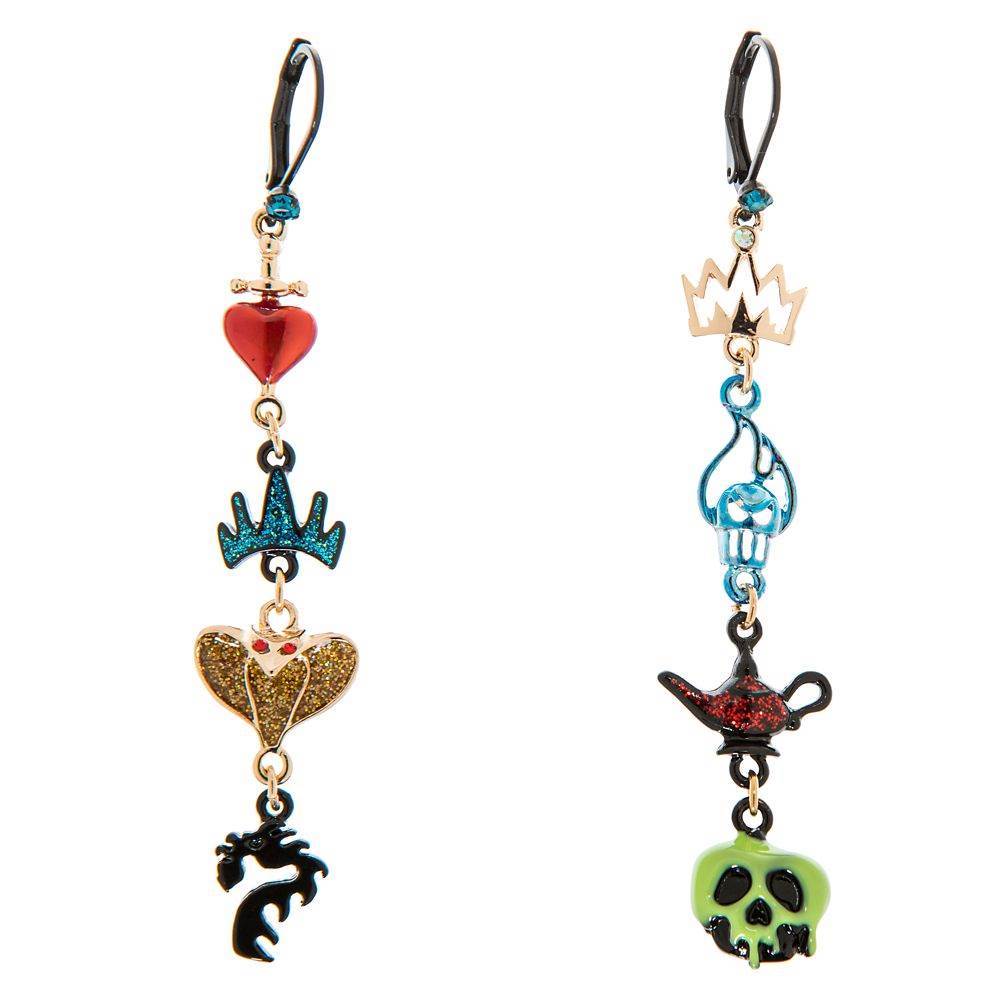 Betsey Johnson Debuts Frightful and Fun Disney Jewelry on shopDisney What happens when you combine Disney characters with Betsey Johnson’s signature flair? You get a frightfully fun assortment of jewelry that’s perfect for year round wear, but especially Halloween. Celebrate 30 Years of “Aladdin” with New Jasmine Merchandise from shopDisney Every Disney Princess deserves a chance in the spotlight and with 2022 marking the 30th anniversary of Aladdin, it makes sense that Disney is focusing their attention on Jasmine. Fans of the raven-haired princess will find a lovely assortment of apparel, accessories and decor on shopDisney, that celebrates her story and legacy. 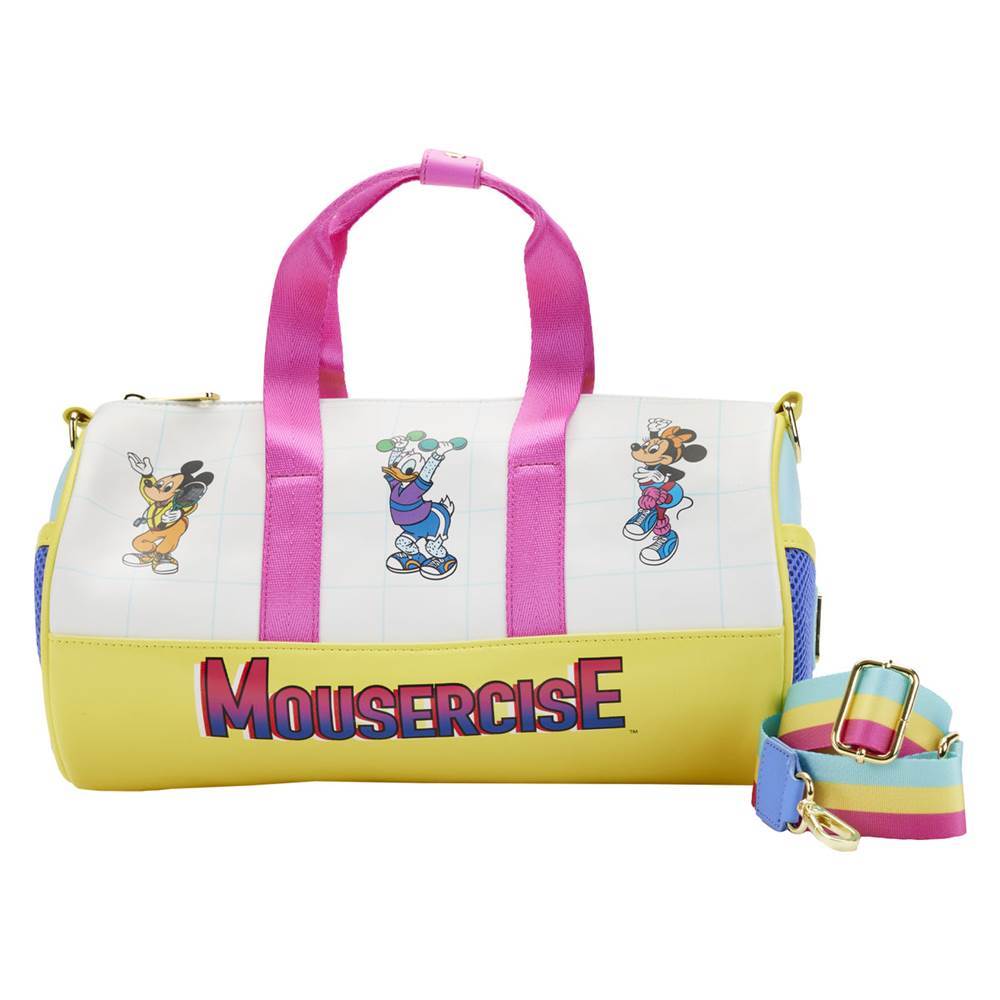 Exercise Your Fashion Muscles with the Mousercise Collection from Loungefly Stretch your legs, shake out your arms and give your neck a good roll—it’s time to exercise! Disney and Loungefly have teamed up for another fun collection, this time themed to Mousercise. RockLove Reveals Disney, Marvel and Star Wars Jewelry Collections Debuting at D23 It’s almost time for D23 Expo 2022 and while Disney fans are anxiously counting down the days, so too are this year’s exhibitors. RockLove has a new line of Princess jewelry along with Star Wars and Marvel styles that fans will adore; and they’re already giving us a sneak peek at what’s on the way. Black Panther Comic Cover Funko Pop! Now Available for Pre-Order Funko and Marvel make quite the team and their series of oversized Pop! figures inspired by comic covers have proven to be a hit with fans. The latest hero to be featured is Black Panther and it’s available for pre-order at Entertainment Earth. Holy Smokes! New Marvel Legends Ghost Rider Action Figure Now Available for Pre-Order The Spirit of Vengeance aka Ghost Rider is here not in the flesh, but as a new Marvel Legends action figure. Pre-orders for the flame headed hero are open now at Entertainment Earth and this collectible is sure to set your Marvel assortment ablaze…but not literally. Explore The Magic of Your Galaxy with New R2-W50 Interactive Droid from shopDisney Disney’s line of Droid Factory collectibles has just added a new interactive astromech pal to the series that’s inspired by the 50th anniversary celebration of Walt Disney World. Fans of the R2-W50 droid that debuted in May now have another version to love with this latest release. 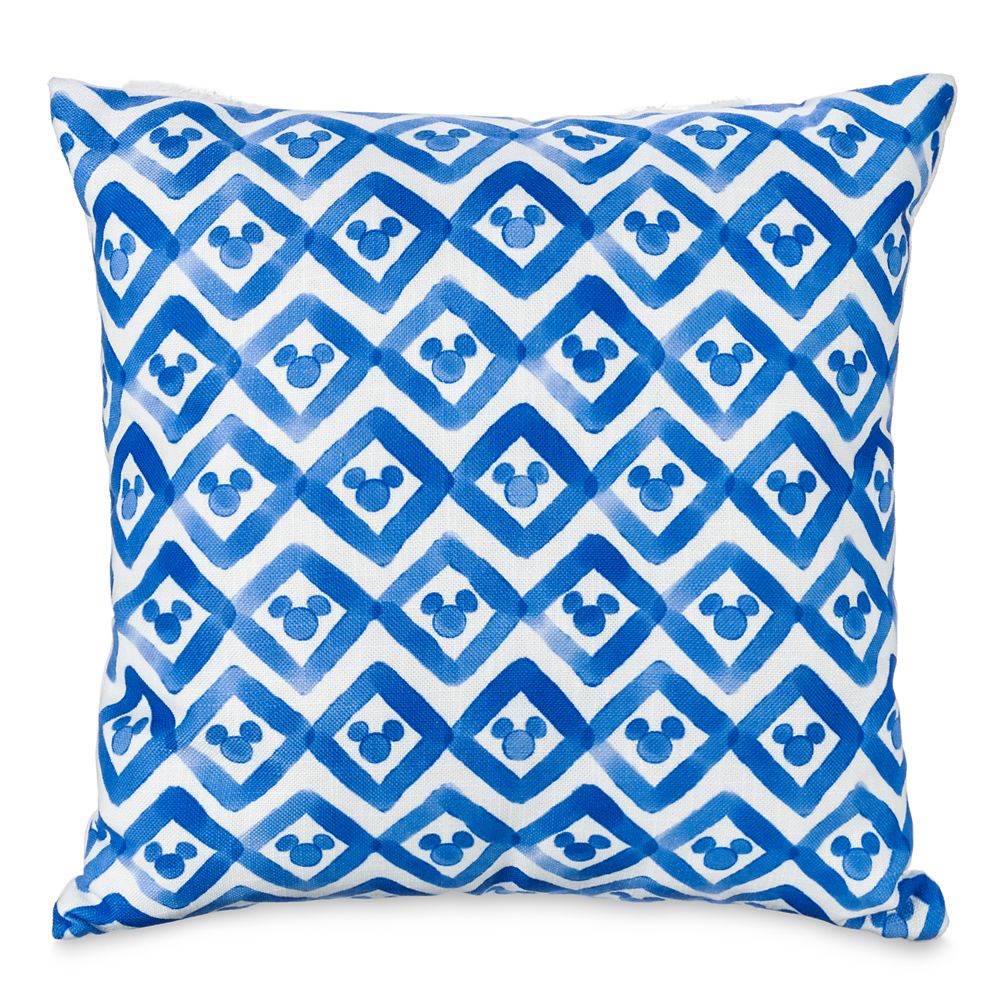 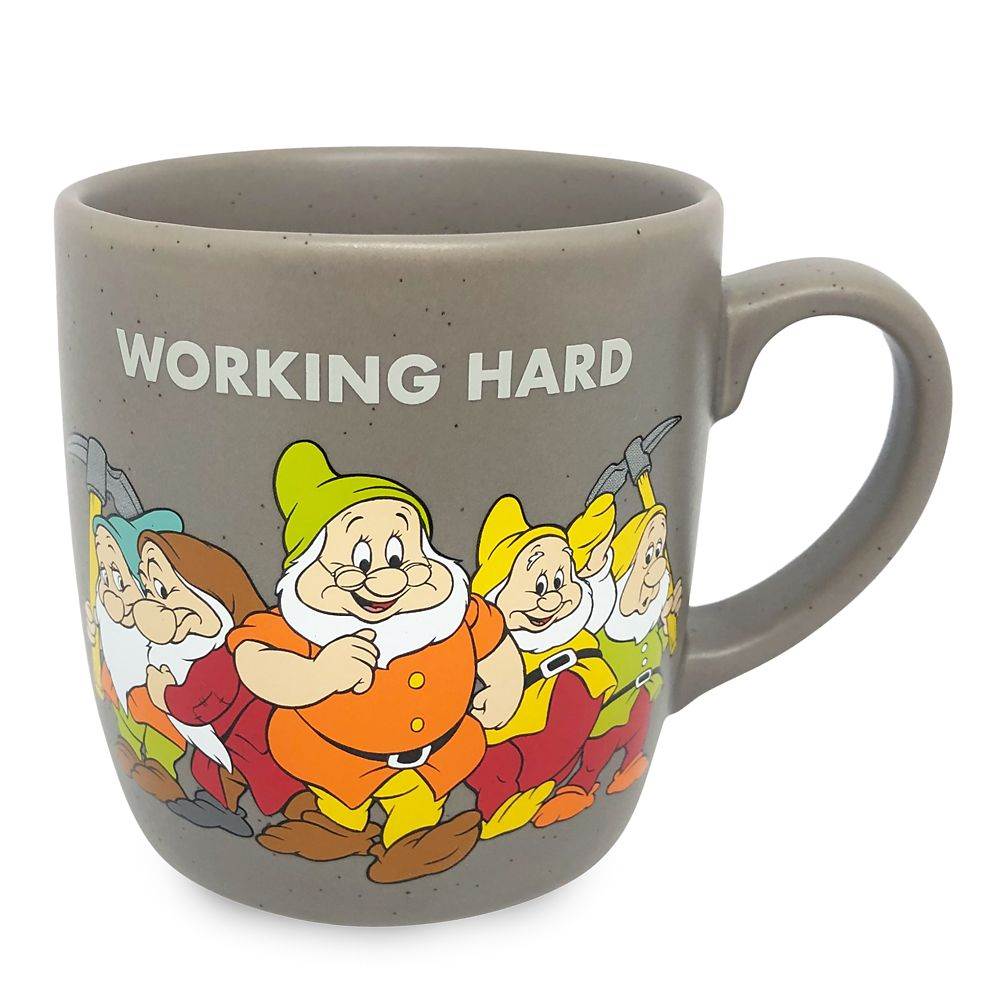 Inside Out Journal | shopDisney 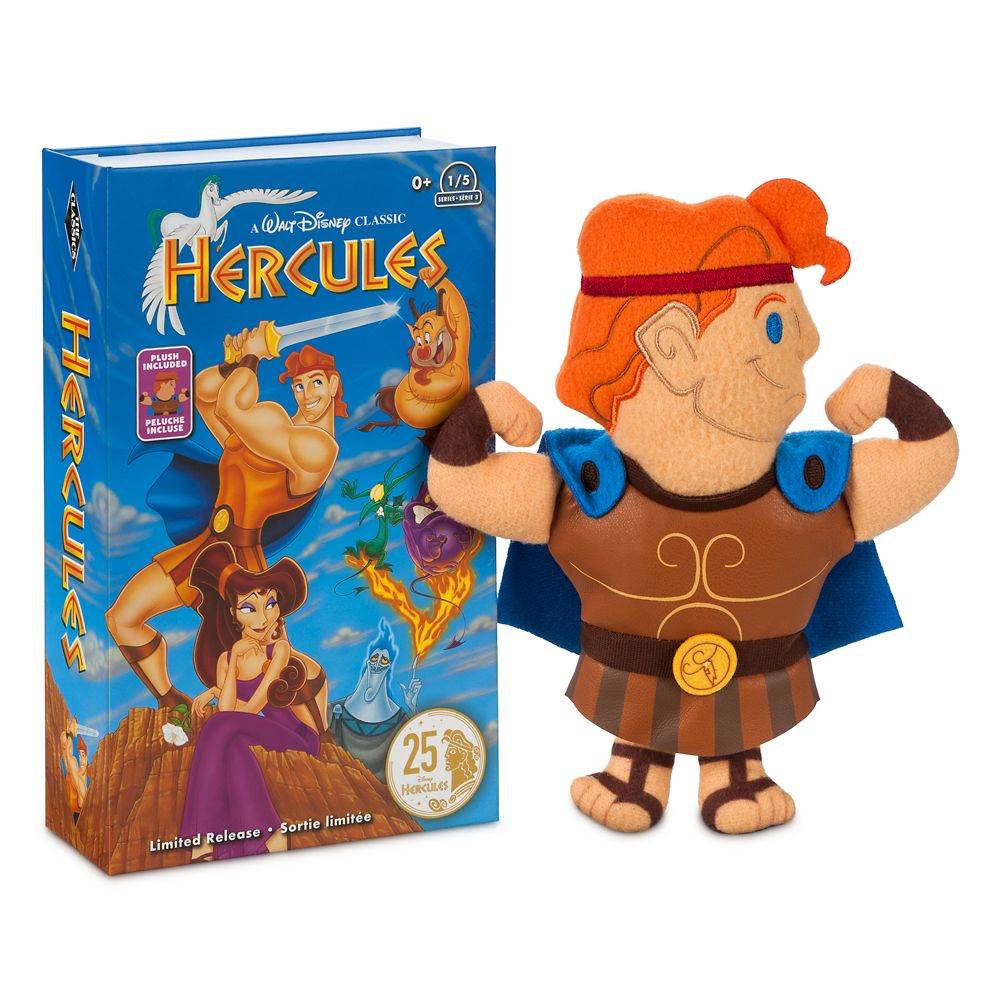 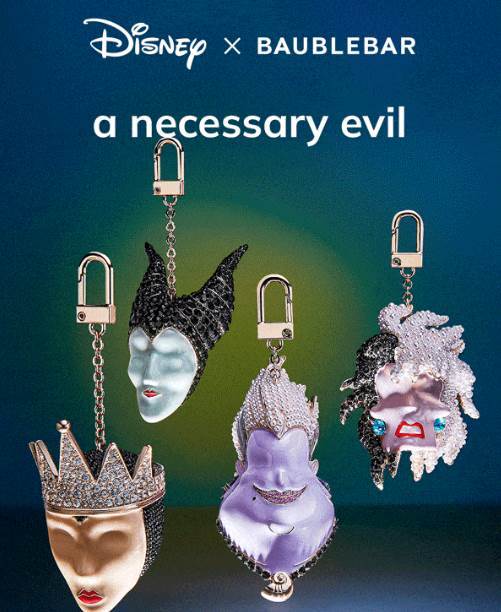 Disney and BaubleBar Introduce New Villains Bag Charms Disney and BaubleBar are excited to introduce these brand new Disney Villain bag charms that are perfect for any Villain fan. Ursula, Maleficent, the Evil Queen and Cruella are here to bring a little bad to your day. Vera Wang Tiara Ear Headband Released Today at Walt Disney World With a 600 Dollar Price Tag There is a brand new Minnie ear headband available, but it comes with quite a price tag. Vera Wang designed a tiara headband that has been officially released today. 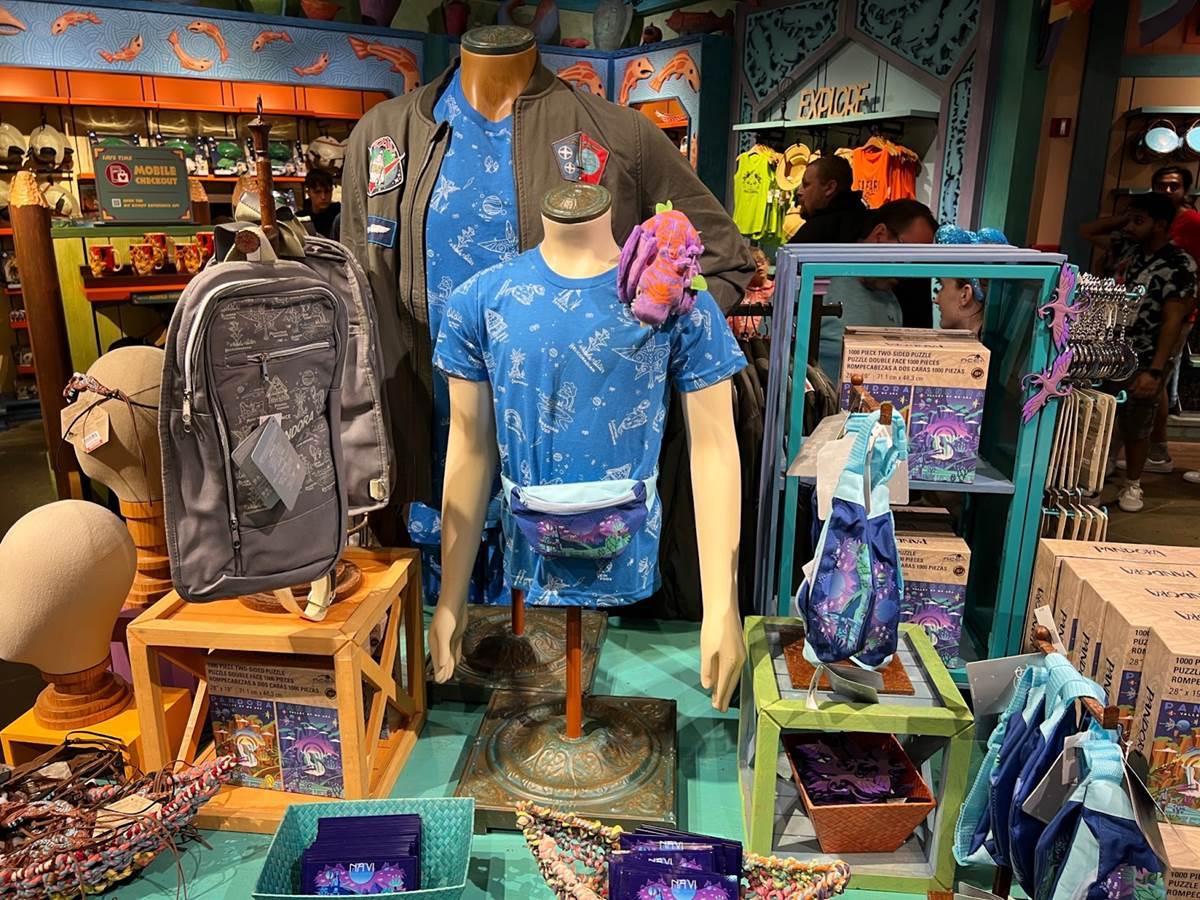 Merchandise Discount Increases for Annual Passholders for a Limited Time at Walt Disney World If you are an annual passholder to Walt Disney World, there are many benefits that come with it. Not only are you able to visit the parks more often, there are some special perks that come along as well. One of those is discounts on merchandise, and this fall, the savings are even better. Janie and Jack Debut Cute Mickey and Minnie Varsity Collection for Kids Fashion Brand Janie and Jack are bringing some mousy fun to their line of children’s apparel and all we can say is “oh boy!” Debuting today is the Disney Mickey Mouse Collection with charming loungewear and varsity styles designed for the youngest Disney fans. 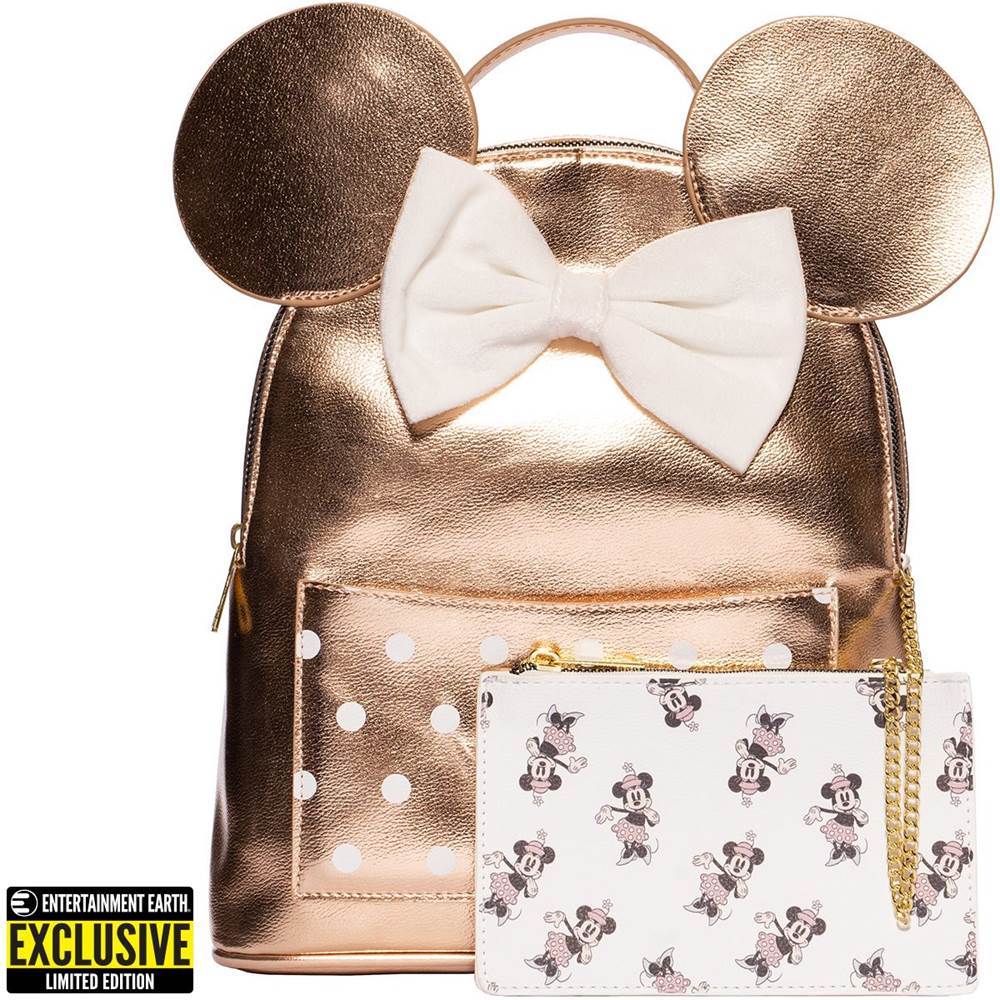 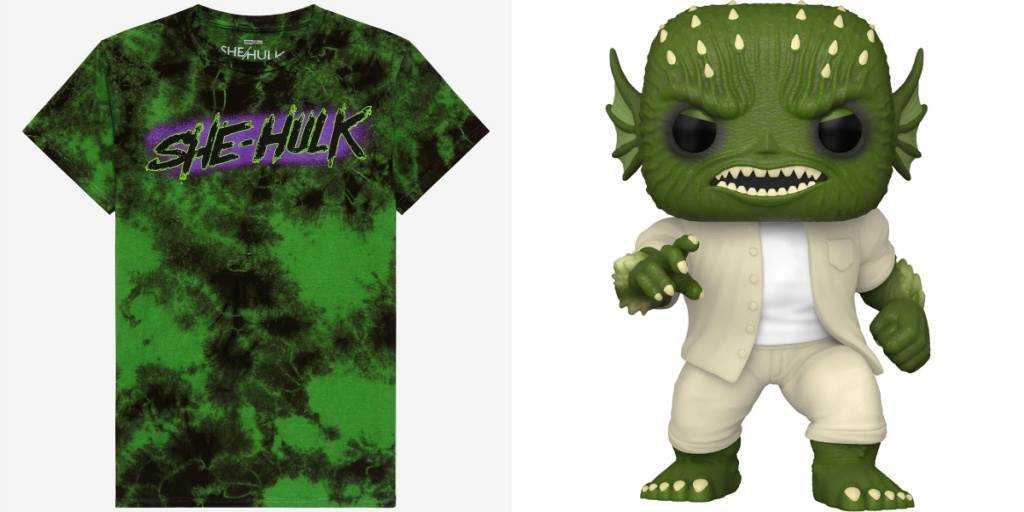 Marvel Must Haves – “She-Hulk: Attorney at Law” Episode 2 As long as Marvel keeps making shows and movies, your Marvel wardrobe will keep growing! Check out the newest She-Hulk T-shirt styles from Hot Topic, and BoxLunch. If that’s not enough, there’s a new pair of socks from Rock ‘Em Socks as well as mix and matching earrings emphasizing the new elements of Jen’s life. 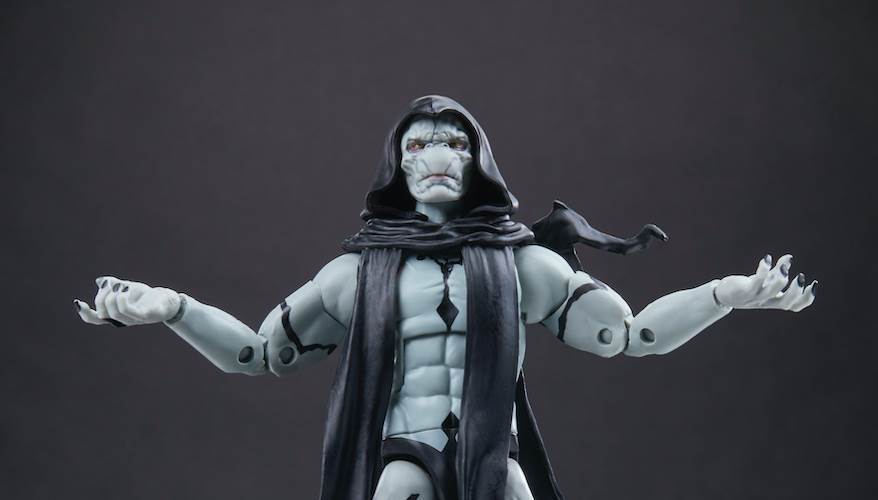 Photos: New Halloween Horror Nights Merchandise Hits Universal Orlando Store Shelves Last week, Universal Orlando announced the full line-up for this year’s Halloween Horror Nights. With the event quickly approaching, new merchandise is constantly hitting store shelves around the Resort. Let’s take a look at some of the items available this year. For more from Barely Necessities, follow us @DisneyMerchShow on Twitter and Instagram. Thanks for joining us, and see ya real soon!