Tree trimming, caroling, decorating gingerbread houses, everyone celebrates Christmas with their own special traditions. For Freeform that tradition is 25 Days of Christmas—a nearly month long lineup of films, specials, and shorts all built around celebrating the holiday. This year audiences can enjoy many classic films as well as some modern favorites that are making their Freeform debut.

To get in on the fun, we’ll be sharing some holiday magic with you each day from December 1-25. These posts will include reviews, shopping guides, photo tours, playlists and so much more!

We end this year’s countdown with a live stream where we share some of our favorite Disney holiday memories. We hope you had a joyous and wonderful holiday season whether celebrating Haunakkuh, Christmas, Kwanzaa, or another festive occasion. From all of us at Laughing Place to all of you, Happy Holidays and here’s to a bright and hopeful 2021!

Take a walk through a winter wonderland with this magical new winter ambience video from D23, featuring some of your favorite Disney characters. Over at Disneyland Paris, fans can join the Resort in celebrating with two livestream events hosted on YouTube.

December 23, 2020: A Disney Festivus Celebration for the Rest of Us!

It’s December 23rd and that can only mean one thing: Happy Festivus! Join us as we put a Disney spin on this Seinfeld-invented holiday where we Air our Grievances with the Company, talk of Disney’s Feats of Strength, and finally celebrate a few Festivus Miracles. 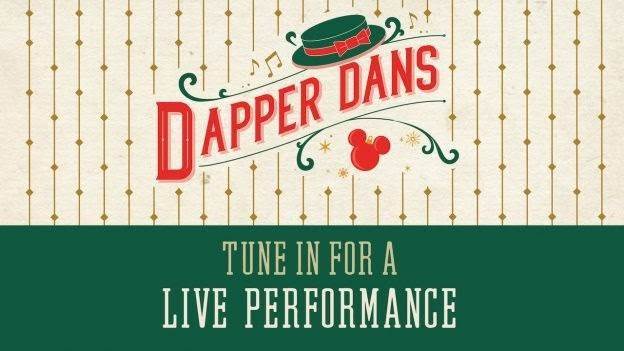 Even if you can’t make it to Walt Disney World for the holiday, you can still enjoy an array of merry melodies from Magic Kingdom’s legendary Dapper Dans. Disney will be sharing a live stream performance by the barbershop quartet tomorrow morning on YouTube.

Disneyland Paris’ holiday celebration continues with the video recording of their Christmas Parade – featuring Mickey, Minnie and all of your favorite Disney characters.

While the Disney Parks around the world are great to visit all year round, the holidays are a truly magical time at the happiest places in the world. Disney Ambassadors from the various Disney resorts shared their favorite ways to celebrate the holidays. December 17, 2020: Disney Game of Life Lands at World of Disney at Disney Springs

While shopping for holiday gifts at Disney Springs at Walt Disney World, we spotted the much-anticipated Disney Parks edition of the Game of Life for sale at the World of Disney! 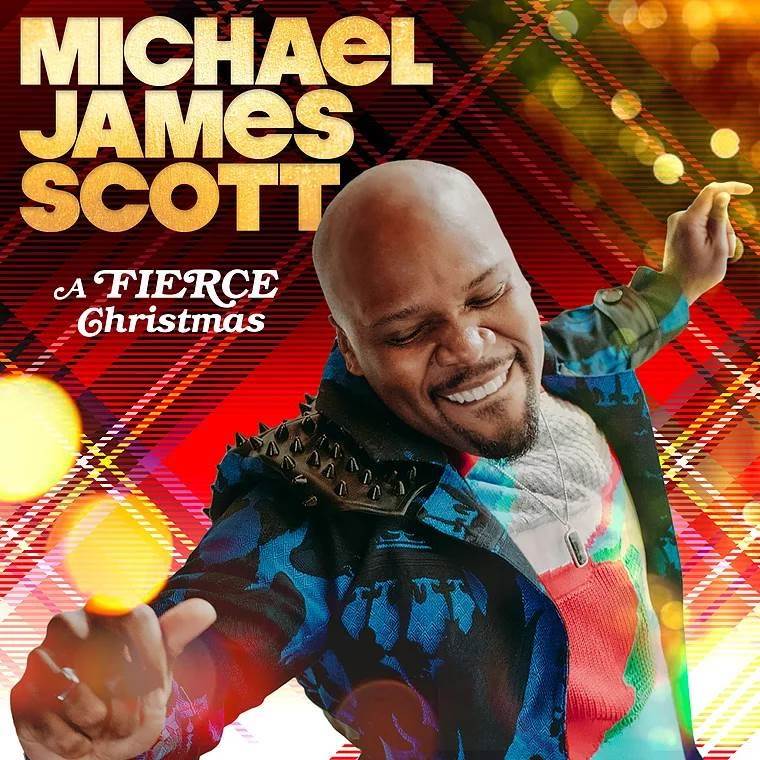 Laughing Place chats with Broadway Star and Orlando native Michael James Scott about his new Christmas album, A Fierce Christmas, his experience playing the Genie in Aladdin on Broadway, and his upcoming concert at the Dr. Phillips Center. 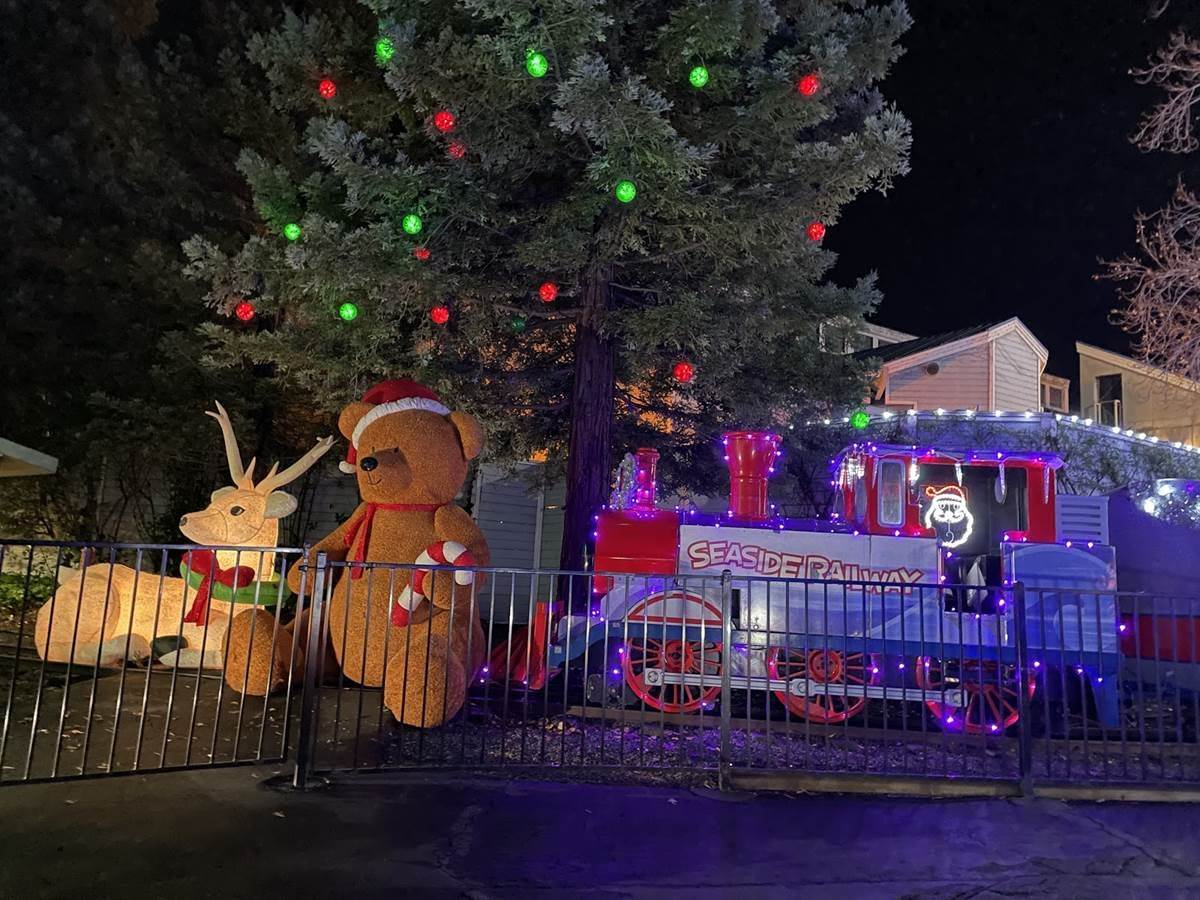 This winter several major league sports are featured on ESPN’s new line of ‘ugly sweater’ shirts and sweatshirts so that fans can fully embrace tacky holiday fashion. Plus check out the ESPN branded game tables like Foosball and Air Hockey all available now through Amazon. 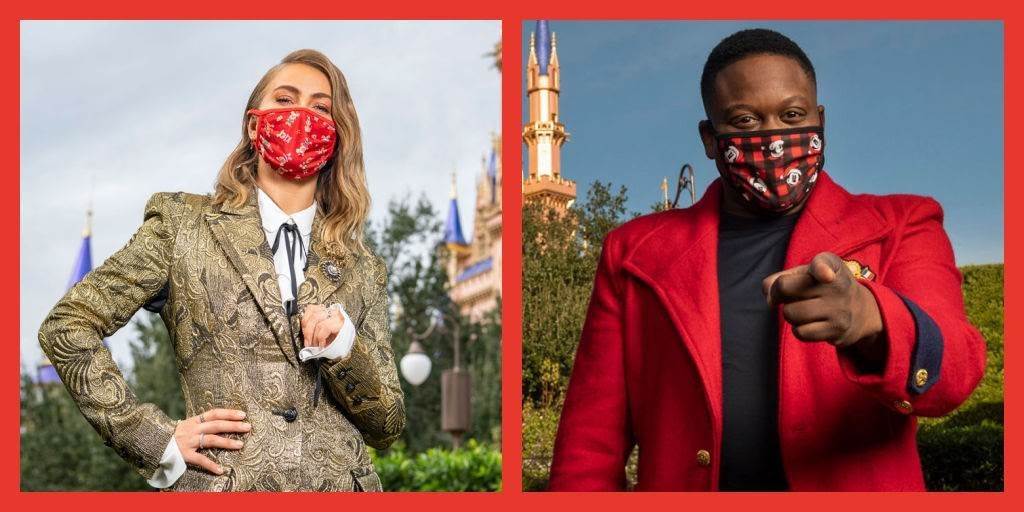 Even though the holiday park experience is different for guests this year, that hasn’t stopped Disney from bringing the magic of the Walt Disney World Resort to living rooms across the country. Julianne Hough and Titus Burgess host Disney Parks Magical Christmas Celebration airing Christmas Day on ABC. 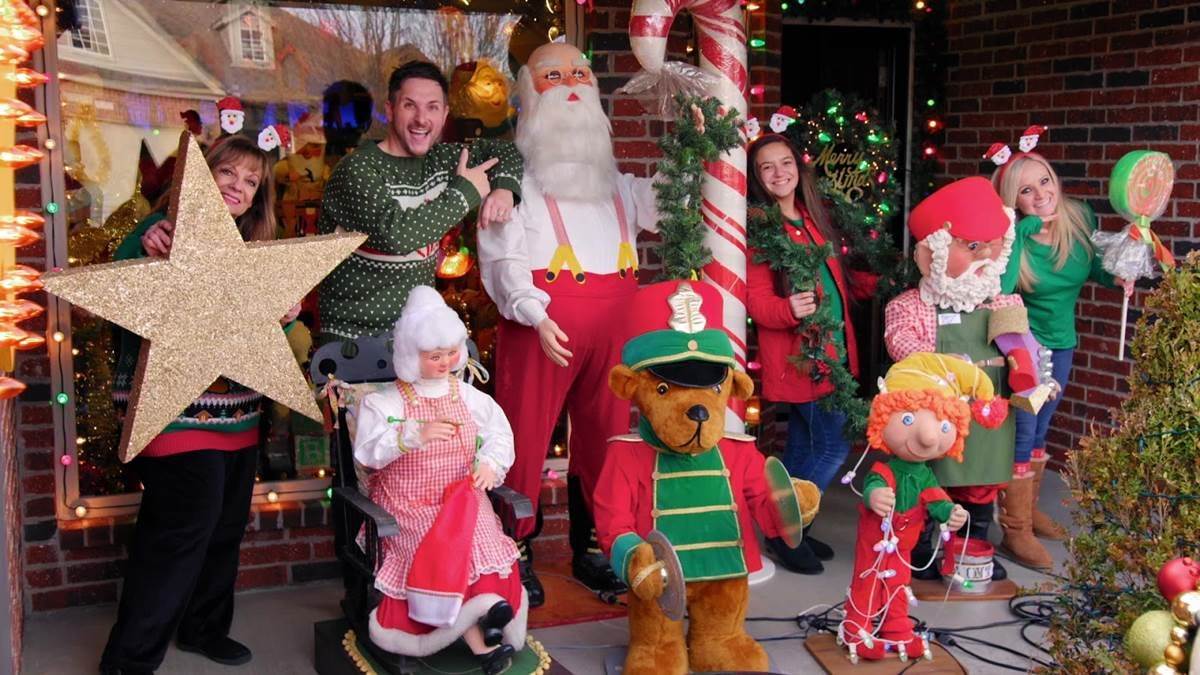 Doobie talks with expert decorators Gerry and Ben Sumner (mother and son) about their massive holiday light display, the inspirations behind the designs, and what it’s like to be featured on this annual ABC show. The Sumner’s display was included in the 2020 premiere episode of The Great Christmas Light Fight which aired last night. 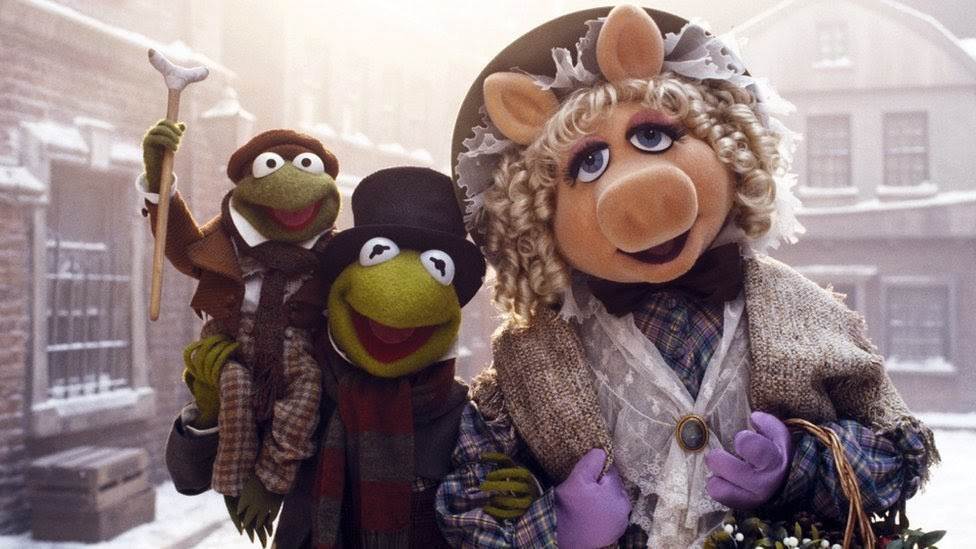 December 9, 2020: Lost Song from The Muppets Christmas Carol has Been Rediscovered

A lost song, previously cut from The Muppet Christmas Carol, "When Love is Gone” has been rediscovered and will be added back into the remastered version of the film. The song is sung to a young Scrooge by his fiance Belle, but Disney cut it from the theatrical release because they didn’t think it would appeal to young audiences. Now through December 10th guests can save up to 40% on select gifts for the family on shopDisney! We’ve compiled 30 of our favorite items from Star Wars, Marvel, Pixar, Dooney & Bourke and Disney Parks to help you plan for a wonderful holiday season. A gingerbread house based on the McCallister home in Home Alone has been created in honor of the movie’s 30th anniversary by culinary artist Michelle Wibowo. The gingerbread House will be displayed at the Oak Centre for Children and Young People at The Royal Marsden Hospital in Surrey in South East England.

In case you missed the new Christmas programming on Disney Channel, we’ve got you covered! Alex takes us through two of the new specials that recently aired on the network: Disney Holiday Magic Quest and Challenge Accepted! Disney Channel’s Epic Holiday Showdown. Both specials are streaming on the DisneyNOW app! 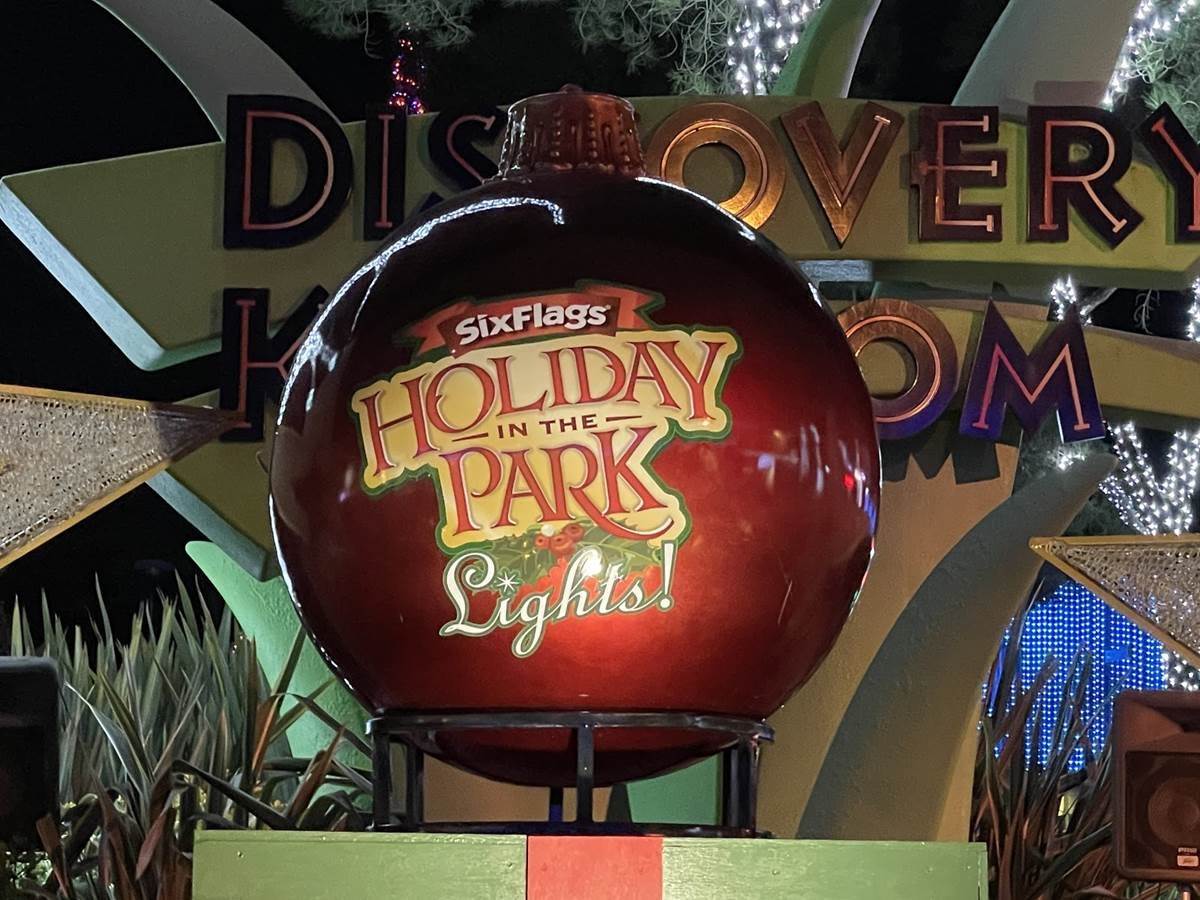 Alex reports on the annual holiday event at the central California Six Flags park. Guests can enjoy animal shows, get a photo with a penguin, dine on special holiday treats and hot cocoa. There’s even two locations in the park with small outdoor fire pits where guests can purchase supplies to make s’mores. Seasons Greetings! This year more than ever we need some happy music to celebrate the holidays, and Disney musicians are delivering! Today, they released Daveed Diggs’ “Puppy for Hanukkah” as well as Meg Donnelly and  Kialani Mills’ “Joy to the World” remix. 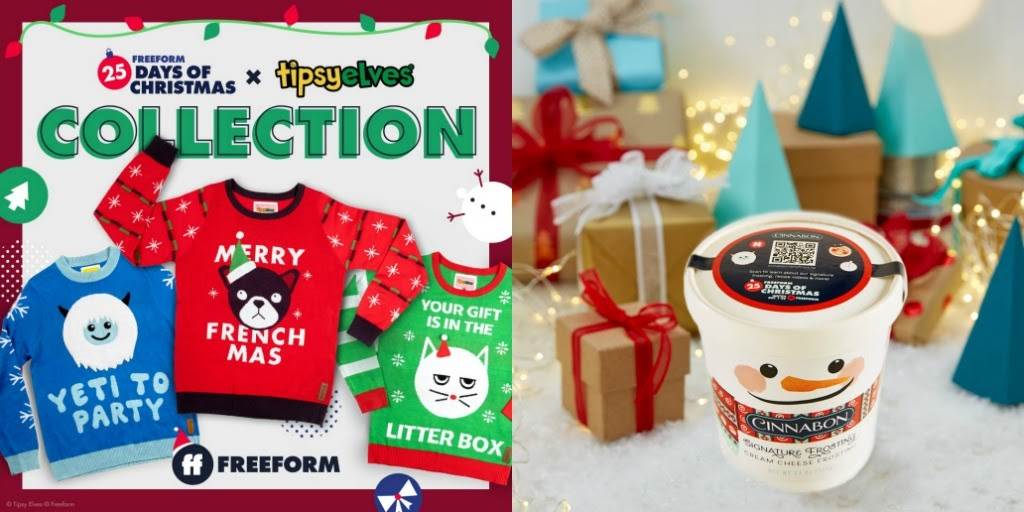 Freeform has teamed up with Cinnabon and Tipsy Elves to celebrate their 25 Days of Christmas programming. Grab a Freeform-branded pint of Signature Cream Cheese Frosting at participating Cinnabon’s or scoop up some ugly sweaters from Tipsy Elves featuring the Freeform mascots! Mike recaps the latest episode of the animated Disney XD show that shared the backstory behind Uncle Scrooge McDuck’s long-running feud with Father Christmas himself, AKA Santa Claus!

Jeremiah takes us on a festive quest around World Showcase to hunt for holiday traditions with Olaf at the Taste of EPCOT Festival of the Holidays. The loveable snowman has been sledding through World Showcase discovering how others celebrate the holidays, but he’s lost some of the traditions along the way!