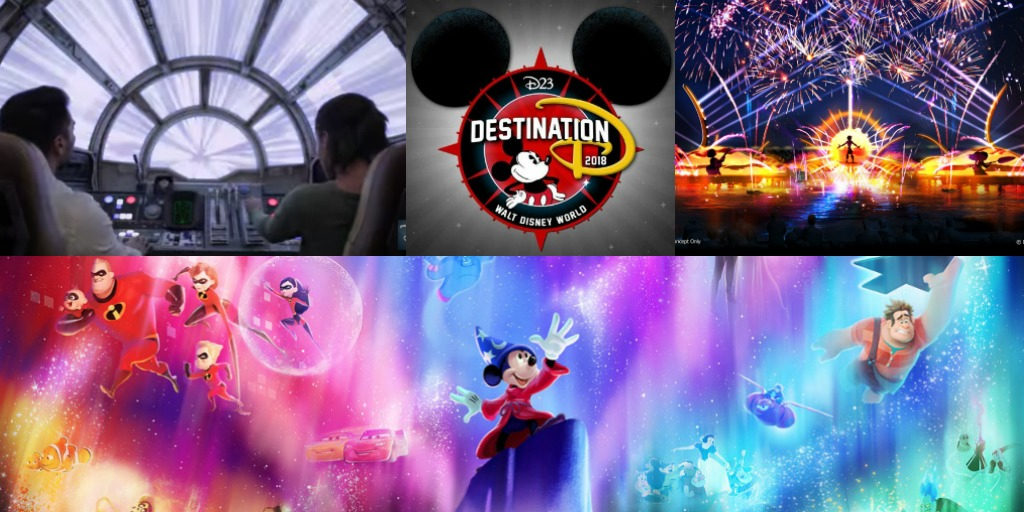 Well, we knew that the Destination D event at Walt Disney World to celebrate Mickey’s 90th was going to be a big deal. We expected that some big announcements would be made as well. However, we didn’t know that there would be this much news. Here’s what Disney fans can look forward to starting in 2019: 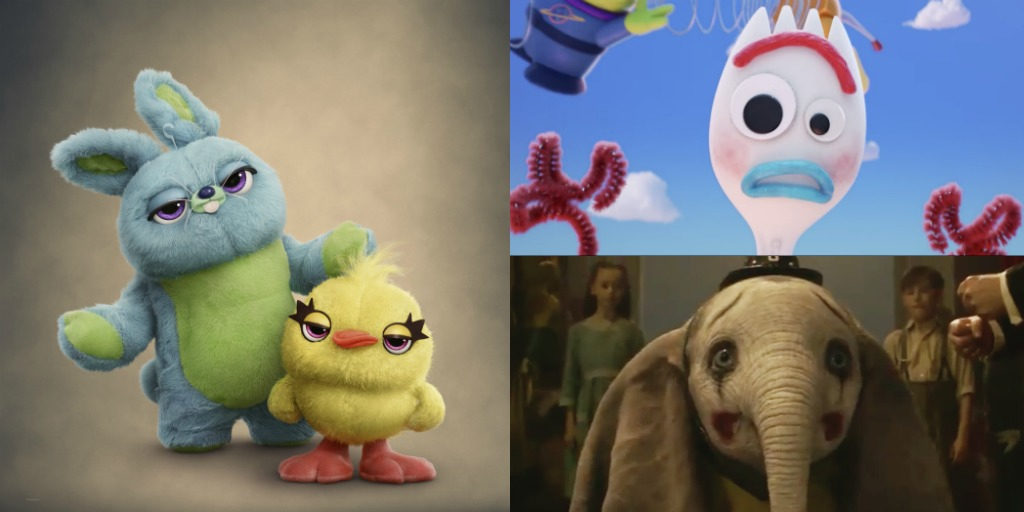 Toy Story 4 dropped not just one, but two teaser trailers this week that introduced a total of three new characters. Forky (Tony Hale), Bunny (Jordan Peele), and Ducky (Keegan Michael Key) are joining the franchise and will be entertaining fans next June. Along with that fun surprise, Disney also debuted the first full trailer (following an earlier teaser) for the live-action Dumbo, and if we’re being honest, it looks even better than we imagined. The sweet elephant with overly large will soar next March and we can’t wait to see his story unfold. 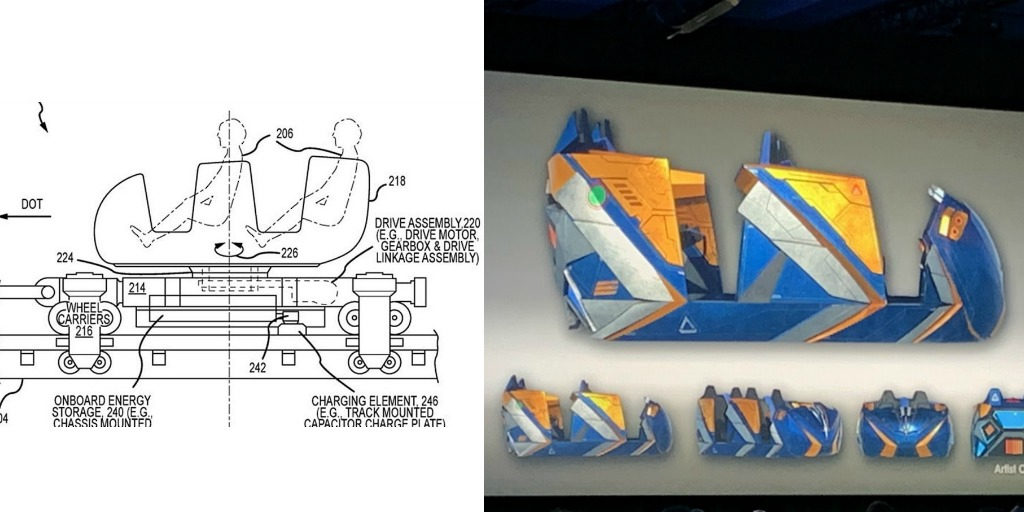 Wow, what a week to be Walt Disney World! The Resort decided that this was their week to announce all the news. On Wednesday morning, Disney Parks, Experiences and Consumer Products Chairman Bob Chapek spoke at the IAAPA breakfast where he revealed that a recently filed patent for a rotating roller coaster car was indeed for the new Guardians of the Galaxy ride coming to Epcot. 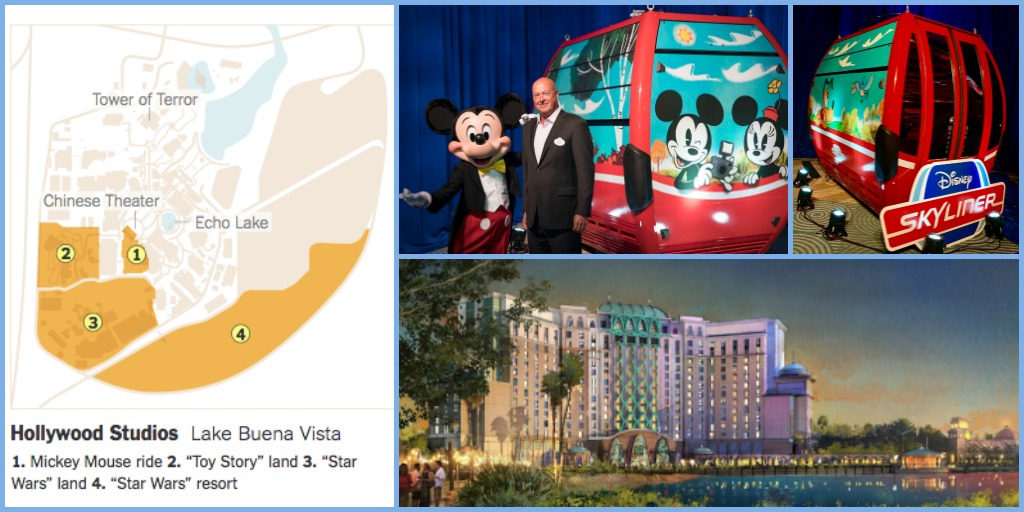 Additionally, Chapek shared that the Disney Skyway is slated for a Fall 2019 opening. The beautiful new tower at Coronado Springs Resort has a name! Gran Destino Tower will contain 545 guest rooms including 50 suites, and a themed restaurant at the top of the tower. Reservations will open soon for stay beginning in July 2019. Finally, a New York Times piece focused on the new changes coming to Hollywood Studios and included a map showing a “re-themed roller coaster” (Rock n’ Roller Coaster). Don’t freak out yet. Disney quickly said that that information was not accurate, leaving many to wonder where in the communication process this hiccup happened.

The face of Marvel Comics, Stan Lee, passed away on Monday at the age of 95. Lee began his career at Timely Comics and made his writing debut in the May 1941 issue of Captain America Comics #3. Working with Jack Kirby, Steve Ditko, and others Lee co-created some of greatest comic characters ever written. Always thinking about the fans, Lee would make frequent appearances at comic conventions and expos around the world. However, he might be best known for his iconic cameos in the Marvel Cinematic Universe and several other Marvel films. Lee’s spirit continues to live on through his beloved characters and fans have taken to social media to thank him for his impact on their lives. Excelsior! 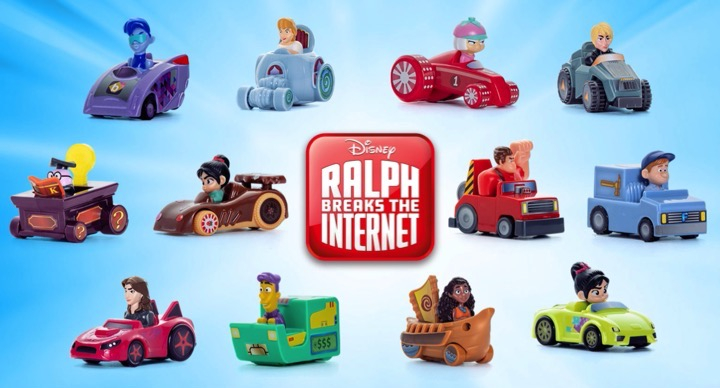 Who doesn’t love a Happy Meal? We certainly do! Ralph, Vanellope, Shank, and a several others have rolled into McDonalds as part of a new Happy Meal series and we’re hoping to collect all of the toys. In promotion of Ralph Breaks the Internet, these mini racers are available now at restaurants nationwide and feature favorite and new characters from the film. Kids can have even more fun with this series by using the McMcPlay which has additional games that can be played on a smart phone or tablet. Thank you, Internet!

GMA Celebrates Mickey’s 90th birthday with whirlwind trip to all resorts. Gretchen Zee of GMA and one lucky fan, Patrice Jenkins, took a trip to all six Disney resorts this week in honor of Mickey Mouse. Their journey ended at Walt Disney World just in time for 90 characters to join in the celebration of global icon.

Holiday experiences at Disneyland Resort. Mike checks out all of the fantastic offerings for guests during the holiday season.

TCM announces lineup for December’s Treasure from the Disney Vault. This fun series returns on Tuesday, December 18 with an evening of comedic films and sports theme short films.