So much merchandise so little time! We start with Disney Munchlings, new ily 4EVER Dolls, 90s fashions at Her Universe, and Disney100 Pins, apparel and Funko. Next we spotlight House of Sillage Avatar Collection, a Beatles puzzle and Fraggle Rock action figures. For Marvel we have an X-Men Build-A-Figure wave featuring Ch’od and Star Wars gives us new Geeki Tikis. 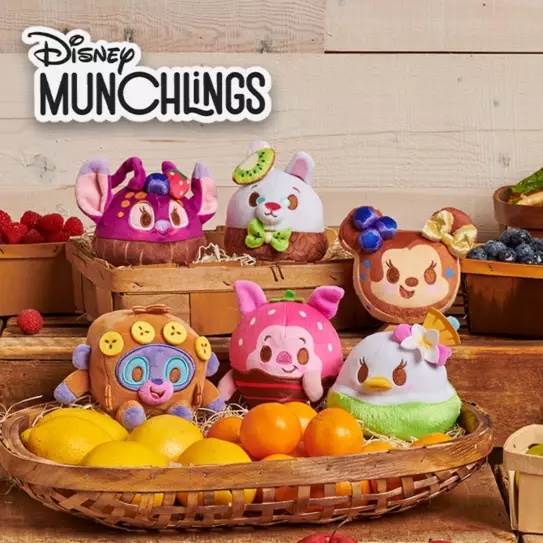 shopDisney’s next wave of cuddly snacks have arrived and this time the emphasis is on springtime sweets and garden fresh goodness. These incredible scented plush are shaped like trendy breakfast items and home grown veggies you’ll want to sink your teeth into. Disney is encouraging fans to celebrate their individuality, self-expression and love of Disney through a new series of dolls inspired by classic princesses. The Disney ily 4EVER line has just arrived on shopDisney and is perfect for anyone who knows they are a princess at heart. 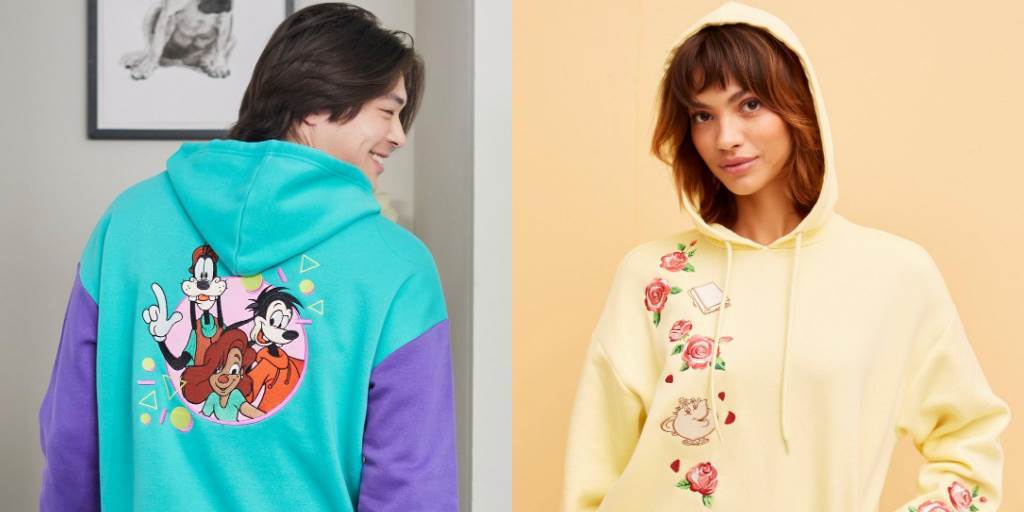 Dress Your Best in Disney 90s Throwback Fashions from Her Universe

Her Universe is celebrating Disney movies of the best decade—the 1990s—with new throwback fashions that are a fun tribute to the characters who helped to define a generation of fans. 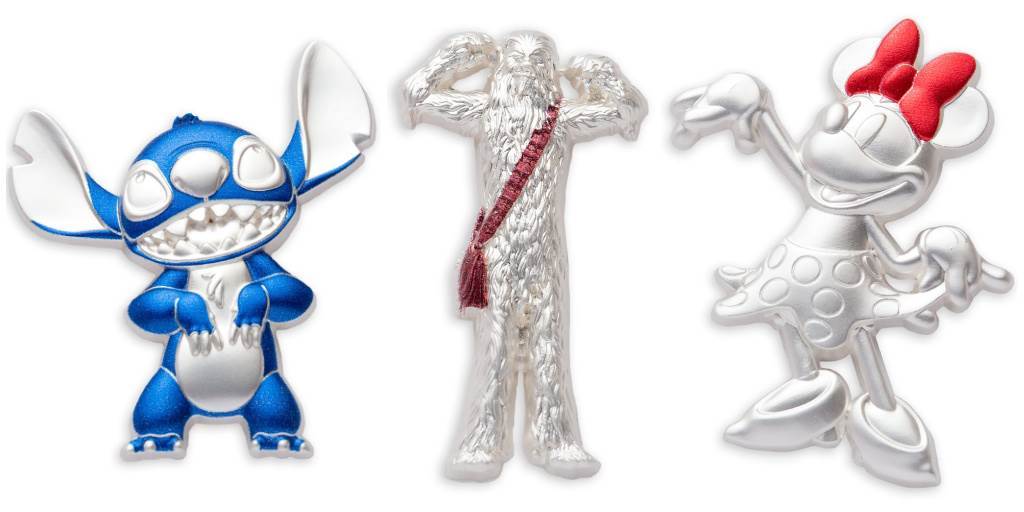 Whether you’re a longtime collector or just starting your Disney Pin collection, there’s a lot of shopping opportunities coming your way this year. Today marks the second week of Pin-Tastic Tuesdays and the lineup includes a beautiful series of Disney100 character pins. As Disney fans we’re already delighting in the fact that we have an entire year to celebrate The Walt Disney Company’s 100th anniversary aptly named, 100 Years of Wonder! Over at Amazon fans will find a wide assortment of goodies, print on demand apparel, exclusives and more that will help get them in a celebratory mood.

The Disney100 celebration has started and the merchandise collections that have launched are already so impressive, but guess what? There’s more to come! Funko has introduced their Disney100 Pop! figures including a Mickey Mouse exclusive at Hot Topic. 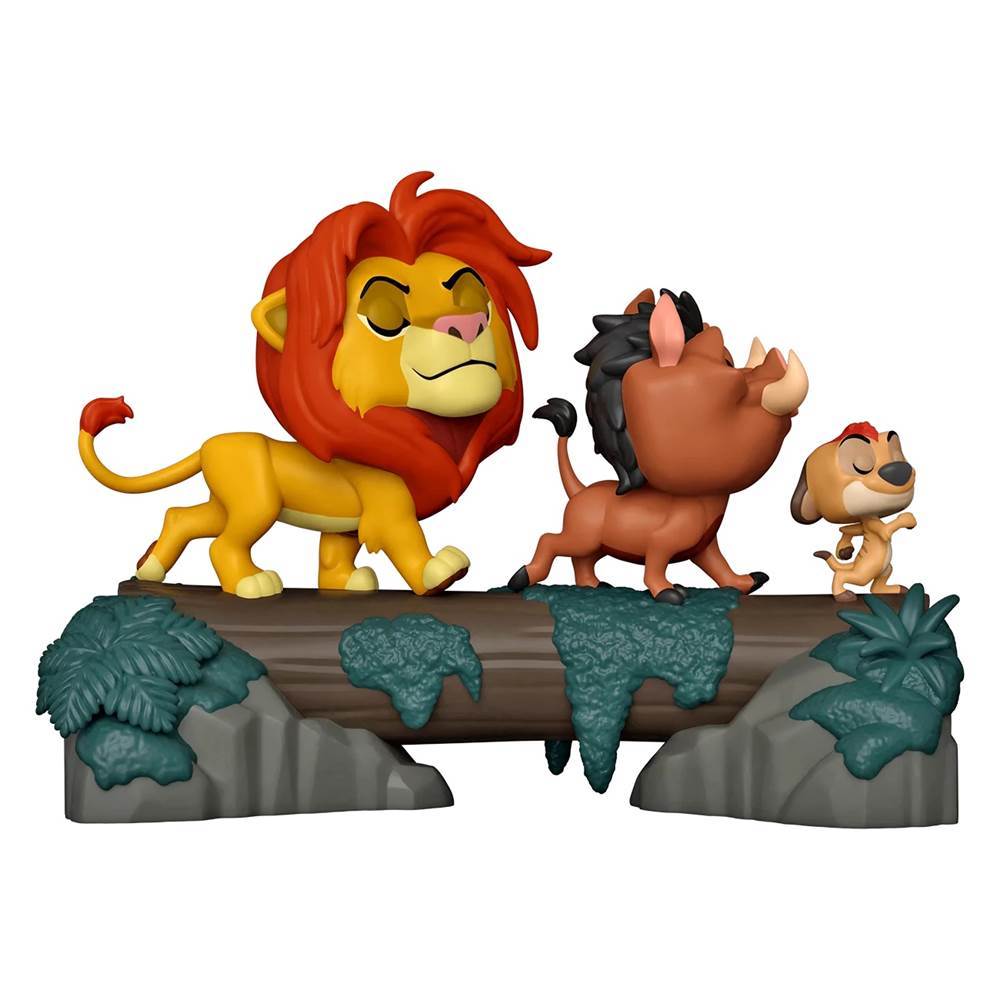 Join in the fun of celebrating the Walt Disney Company's 100th anniversary by going shopping! A wave of new Funko Pop! figures and display pieces have popped up including a Walmart exclusive showcasing Simba, Timon and Pumba from The Lion King. Review: House of Sillage Avatar: The Way of Water Parfum

Luxury haute parfumerie, House of Sillage recently launched a limited edition Avatar: The Way of Water Parfum and Amplifier collection to coincide with the film’s highly anticipated release. In addition to beautiful packaging and stunning display piece for your vanity, the fragrance is bright, light and one of the best personal cosmetics I’ve ever received. For this Entertainment Earth Spotlight we’re checking out The Beatles “Let It Be” 1000 piece, two-sided jigsaw puzzle from Factory Entertainment. What does this have to do with Disney? It doesn’t but “Let It Be” was the real world end result of The Beatles: Get Back documentary series which debuted on Disney+, so we’re making an exception. Dance your cares away folks, because the Fraggle Rock gang is coming to your Jim Henson collection! Boss Fight Studio is delivering a fantastic series of action figures that will take your breath away and leave you with only two words: Weeee! Wowie! 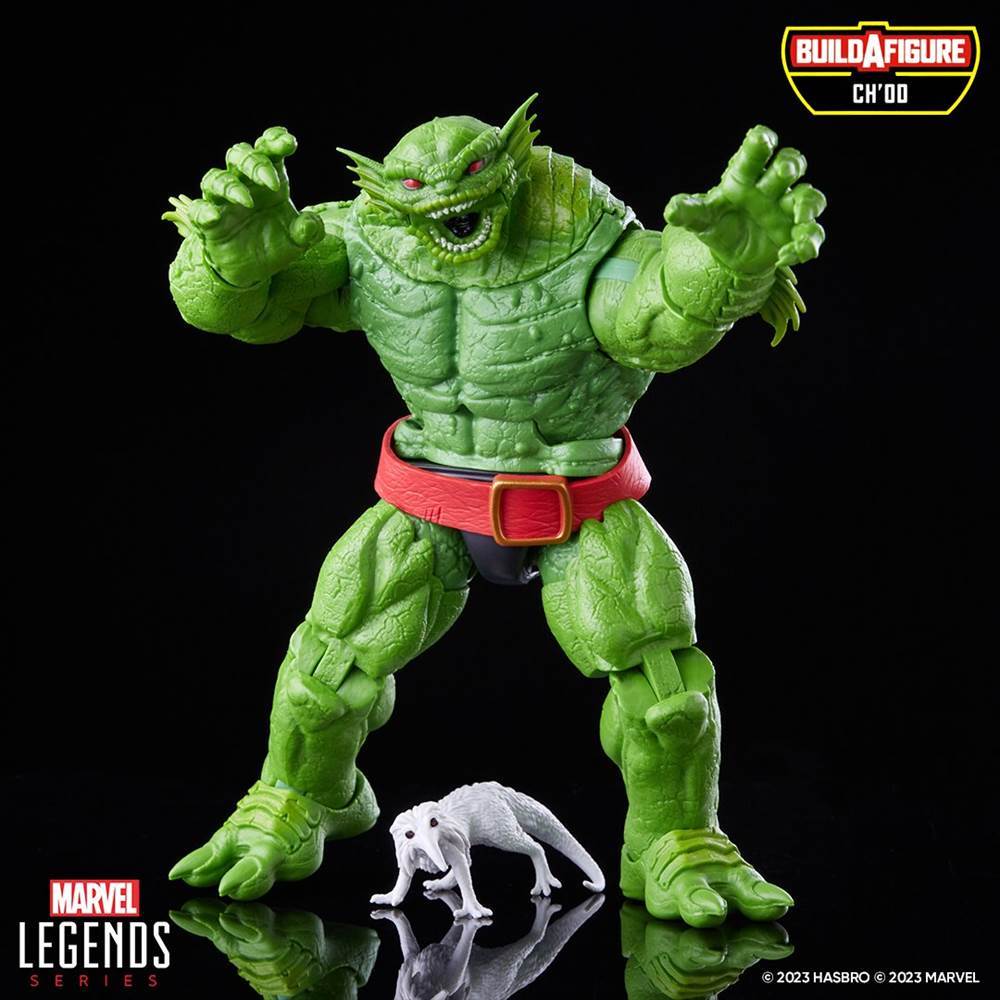 What’s that? Ch’od from the Starjammers is joining Hasbro Marvel Legends in 2023?! You better believe it! Ch’od stars as the Build-A-Figure in a new wave of characters inspired by X-Men stories. We love a variety of cold beverages, but don’t you think they taste better in a Star Wars mug? Geeki Tikis wants you to have the most fun as you stay hydrated this year with new designs inspired by The Book of Boba Fett and more. 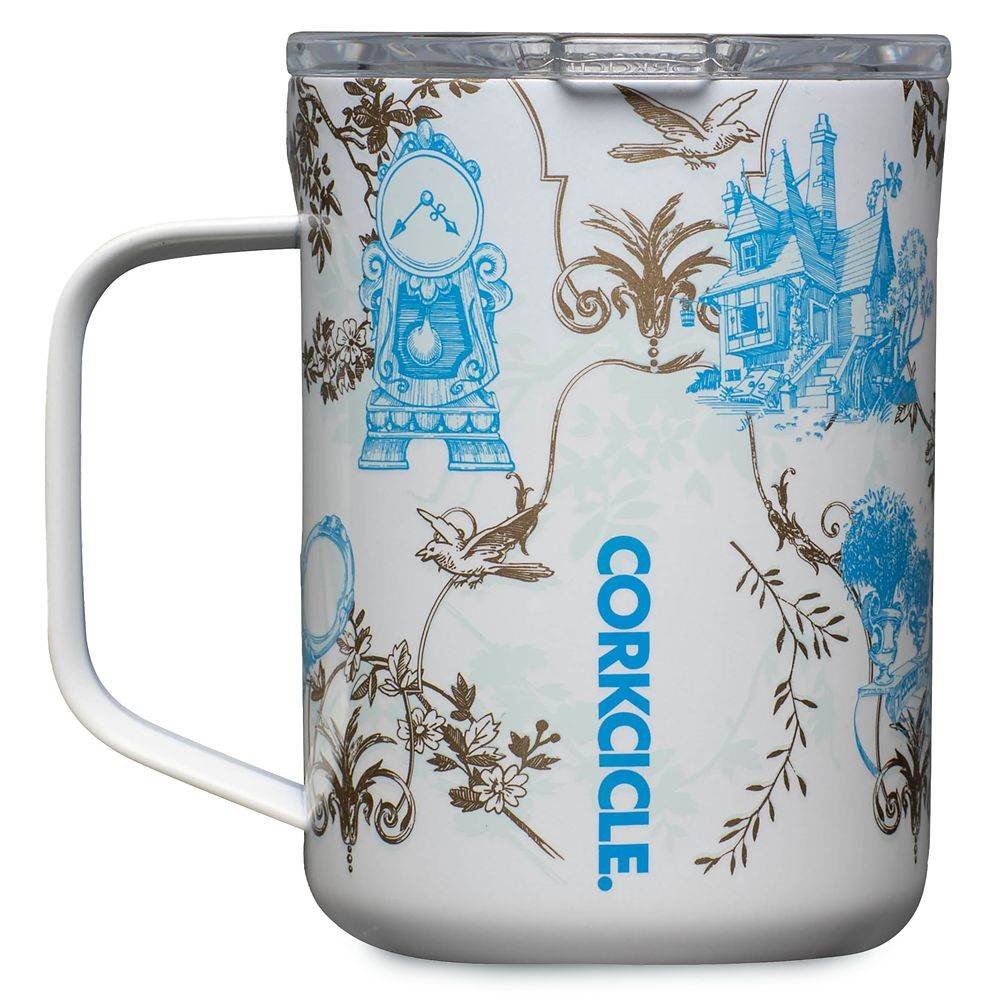 Is your Disney kid looking for a fun way to express their love of Disney princesses? Well shopDisney has the perfect answer with their Disney ily 4EVER dolls and unique fashions. And now, fans can expand their collection with apparel and accessory kits themed to their favorite Princesses. Disney fans are falling in love with a beautiful new collection inspired by Winnie the Pooh and his friends from the Hundred Acre Wood. Guests looking to pick up an item or two from this collection can now do so at the World of Disney store in Disney Springs. The Disney100 Platinum Celebration Collection launched last month on shopDisney and at Walt Disney World. Since then, the merchandise collection now has a prominent location on the east side of World of Disney at Disney Springs, with some additional items now available. Funko exclusive Elsa Pop! spotlights the beautiful queen who’s magic powers allow her to create anything she can imagine out of ice and snow. This Frozen 2 version of Elsa is dressed in a gown, ​​leggings and cape indicating she’s ready for whatever adventure awaits her. 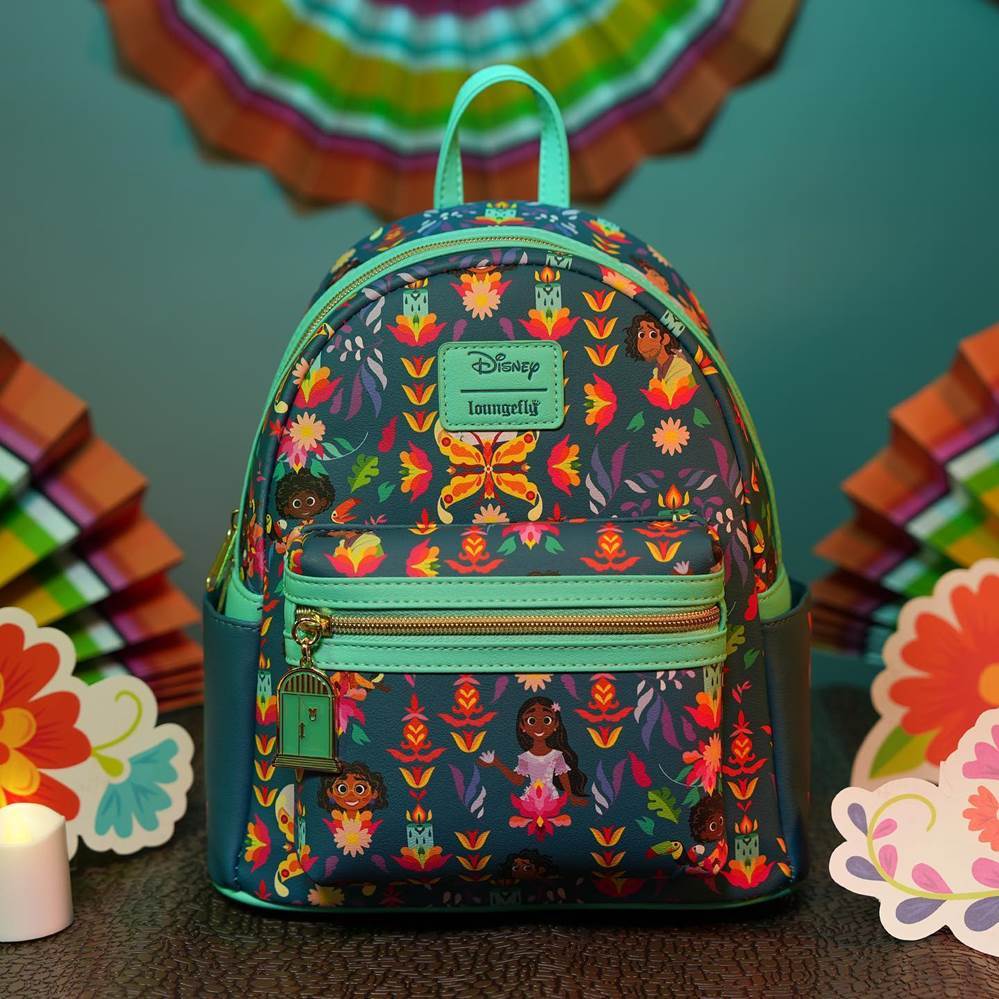 From the magic of Casita to the unique gifts possessed by the Madrigal family, there’s something extra special about the Encanto story. Everyone knows it, including Loungefly who just introduced a new mini backpack design available exclusively at Entertainment Earth. 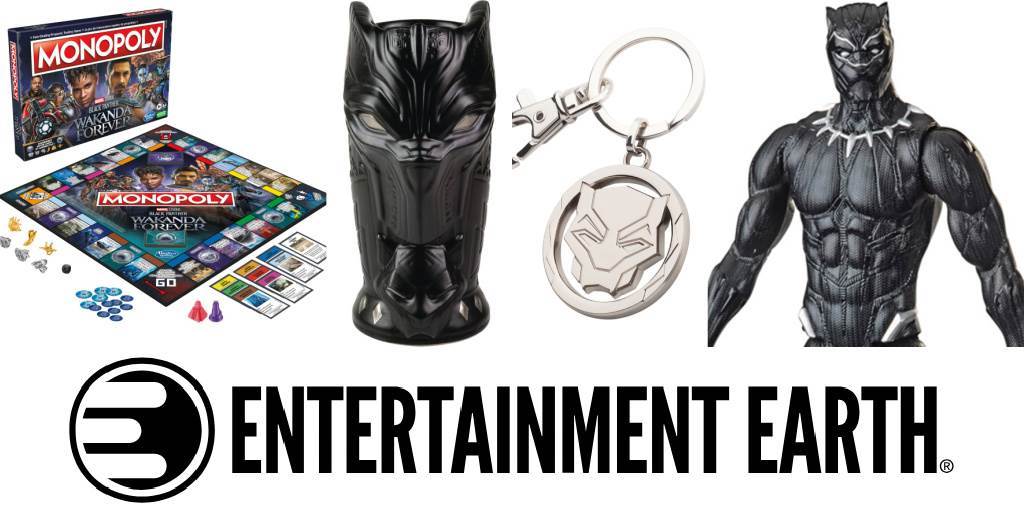 If you’re in the mood to do some shopping and want to expand your Black Panther collection, Entertainment Earth has toys, games, figures and display pieces that will do the trick. Shop under the “Hot Off the Truck” tab to find the latest Black Panther arrivals. 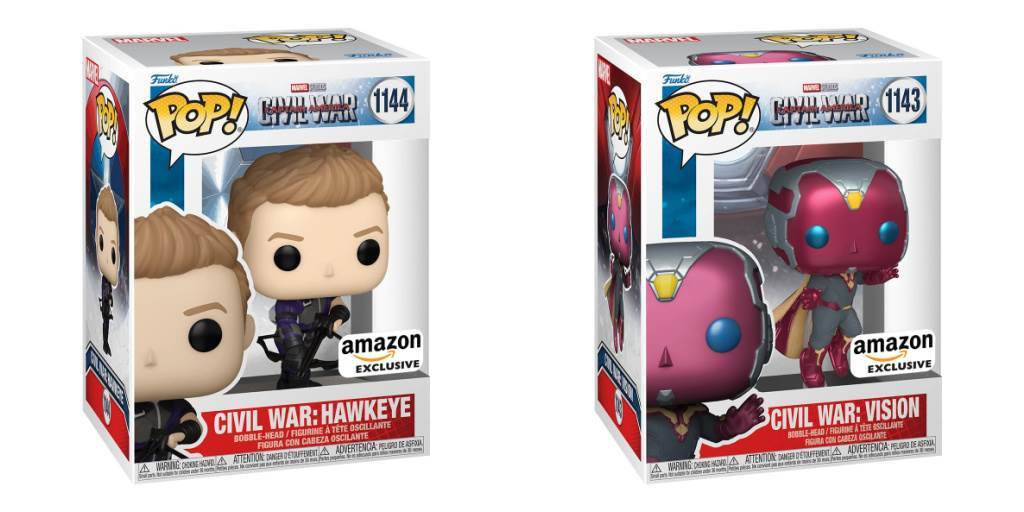 Fans of the Marvel Cinematic Universe have been enjoying Funko’s take on their favorite films with a series of Pop! scenes that bring a variety of characters together to recreate an epic moment. This time, it’s Captain America: Civil War that’s taking the spotlight with 12 figures to create the airport battle scene.