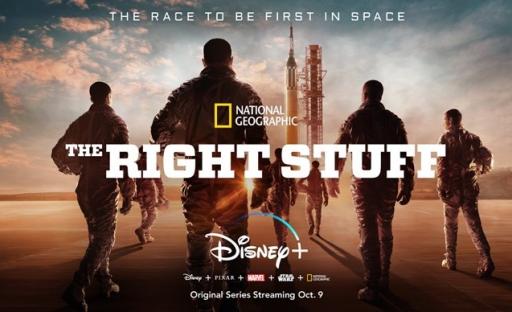 At the height of the Cold War in 1959, the Soviet Union dominates the space race. To combat a national sentiment of fear and decline, the U.S. government conceives of NASA’s Project Mercury, igniting a space race with the Soviets and making instant celebrities of a handful of the military’s most accomplished test pilots. These individuals, who come to be known as the Mercury 7, are forged into heroes long before they have achieved a single heroic act.

Pictures of The Right Stuff

Videos of The Right Stuff

Laughing Place Disney Newsdesk
Apr 3, 2021 6:44A
“The Right Stuff” Has Been Canceled After One Season on Disney+

Laughing Place Disney Newsdesk
Oct 29, 2020 12:00P
New Episode of “What’s Up, Disney+” Features a Look at “The Mandalorian” and a Villainous Challenge