Wow! The Star Wars Day celebrations get bigger and better each year and 2022 is no exception! As the energy and excitement surrounding the fan-favorite holiday continues to rise, it can be hard to keep track of what’s happening where. Fear not my blue friend, we’ve got a handy tag for you to follow featuring all of the latest posts about the savings and offerings for this year’s event… or you can just scroll down. “This is madness!” Yes, yes it is, but that’s part of the fun of being a Star Wars fan right? We have a lot to look forward to in May, the Obi-Wan Kenobi series on Disney+, Star Wars Celebration in Anaheim, but for now we’re focused on May the 4th better known as Star Wars Day. What are we hyped about this year? Take a look! 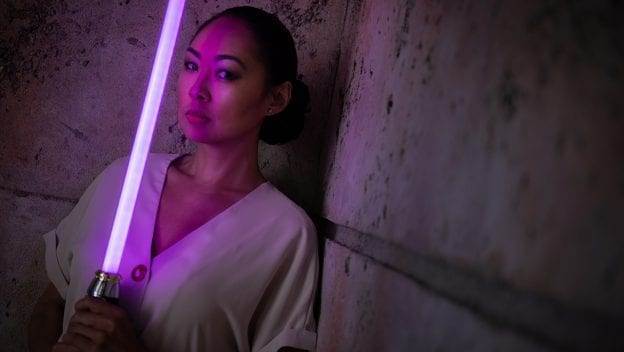 Guests visiting WDW’s third gate can enjoy the extra PhotoPass opportunities in celebration of Star Wars Day. But don’t worry the experiences will continue after the celebration ends as well so more fans can take advantage of galactic photo shoots. Meta Quest and ILMxLAB, Lucasfilm’s award-winning immersive entertainment studio, are partnering to help fans celebrate May the 4th in VR!

Learn More: Jeremiah went to check out the temporary installment and had some good things to say about the Star Wars adventure. 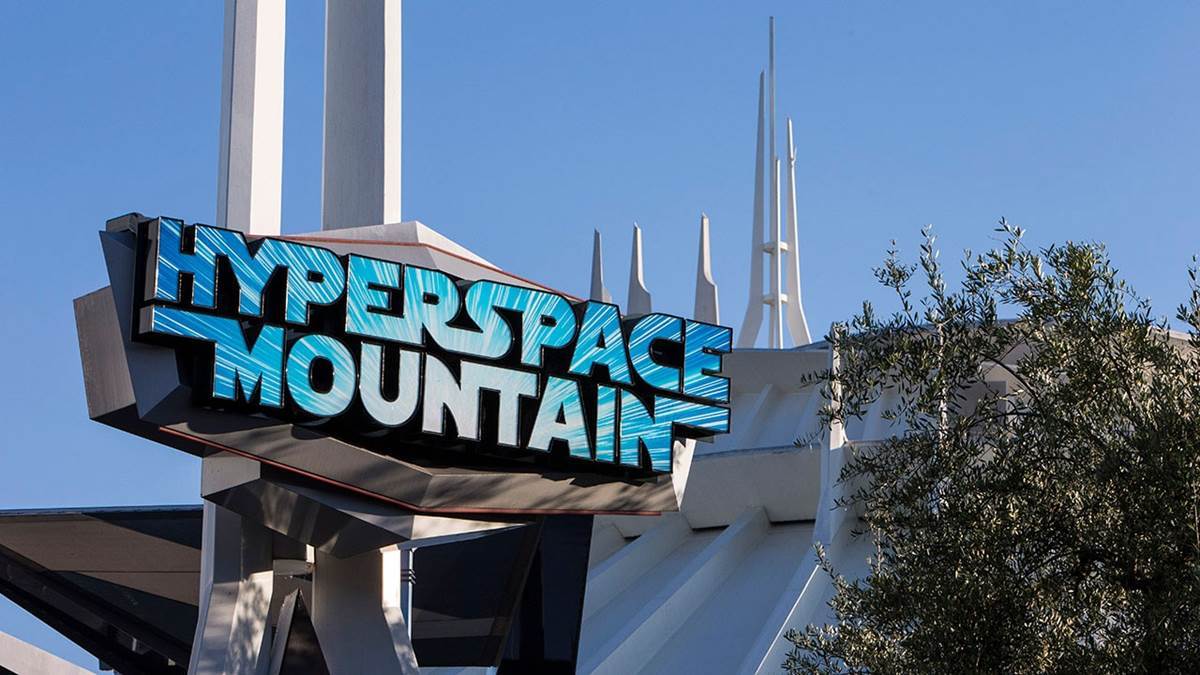 “Fend off crossfire from swarms of Rebel X-wing starfighters and Imperial TIE fighters amidst an intergalactic onslaught…” that’s right, Hyperspace Mountain is back at Disneyland and just in time for Star Wars Day! 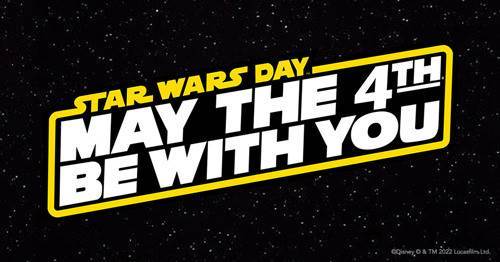 Even Disneyland Paris will be celebrating on May the 4th! In honor of the punny day, Parc Disneyland will have special offerings in Discoveryland including meet and greets with beloved Star Wars characters. 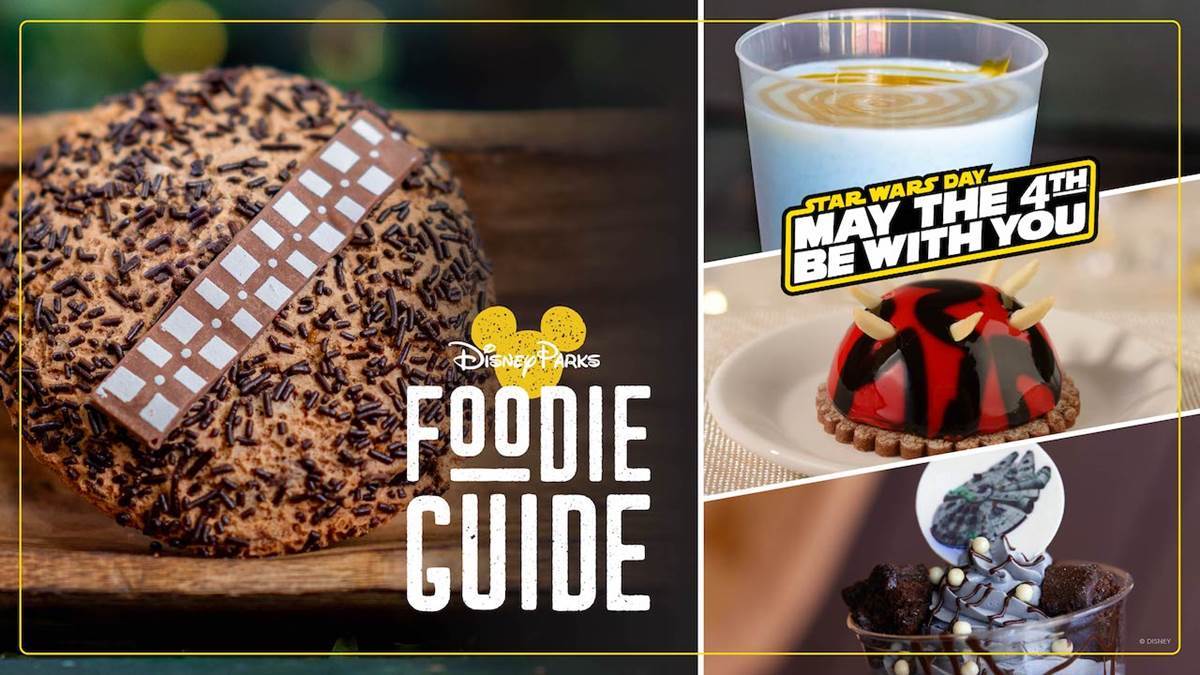 The Disney Parks Blog has revealed the complete lineup of tasty food and beverages that will be available across the Disneyland and Walt Disney World Resorts in honor of May the 4th. Disneyland Resort in California is sharing some exciting limited-time experiences and character encounters that will be happening in May and June. 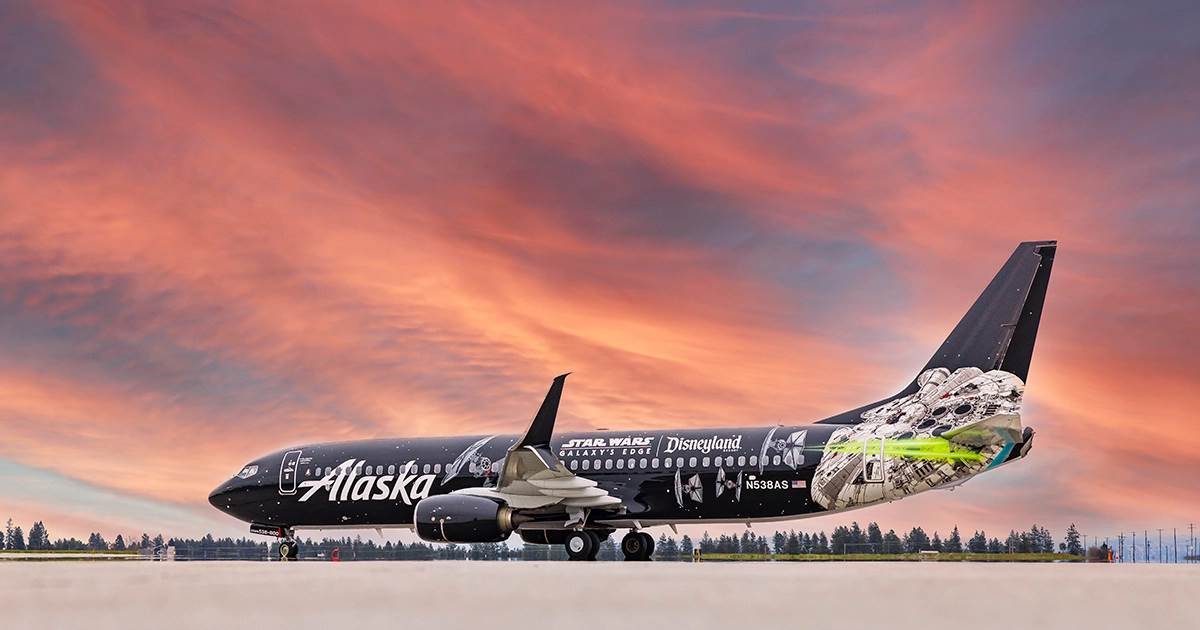 Are you planning on flying Alaska Airlines today, May 4th, 2022? Want to know how you were able to get priority boarding? Plus, the airline has just revealed a new Star Wars themed livery.

Video Unboxing: “May the Fourth Be With You” Star Wars Products from Mattel, Hasbro, LEGO, Del Rey, and More

May the 4th be with you! In celebration of this year’s annual Star Wars Day festivities, our friends at Disney Parks Experiences and Products sent us over a box full of exciting Star Wars products from popular licensees like Mattel, Hasbro, Del Rey, LEGO, and more. 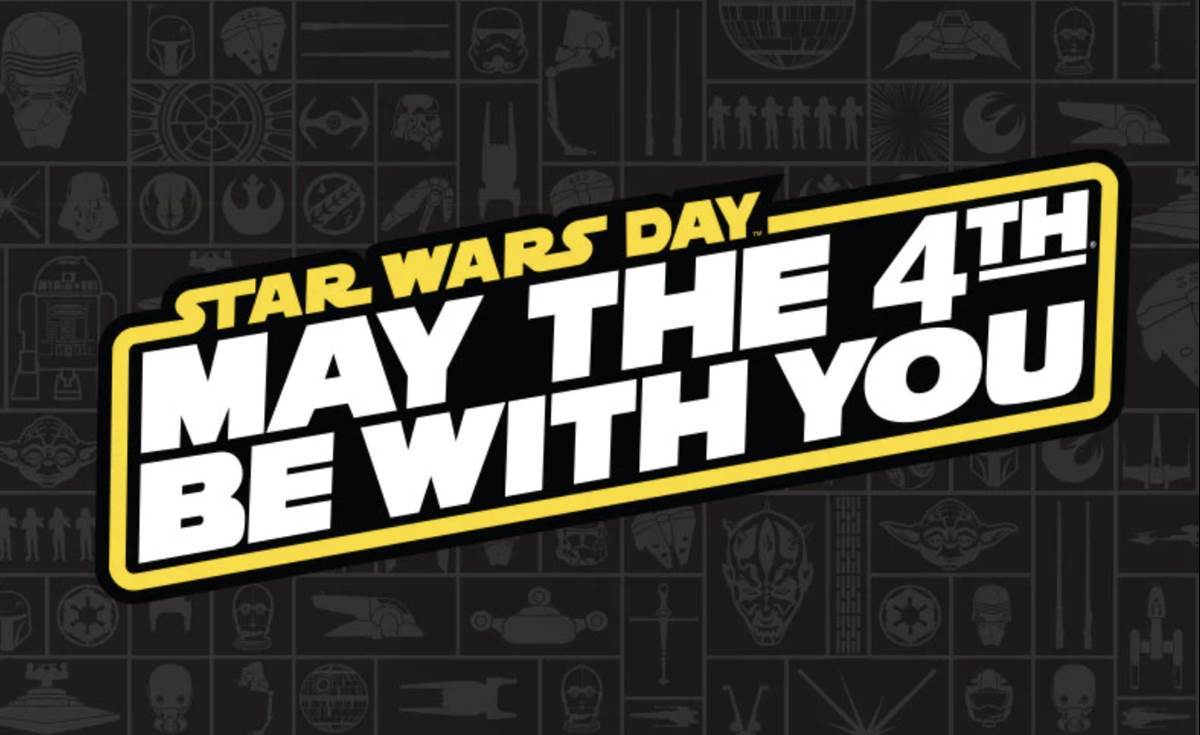 The galaxy far, far away is closer than ever as today marks Star Wars Day aka May the 4th! Fans of all ages and factions can join the celebration over at shopDisney where exciting new must-have collections and merchandise will be unveiled for the first time! 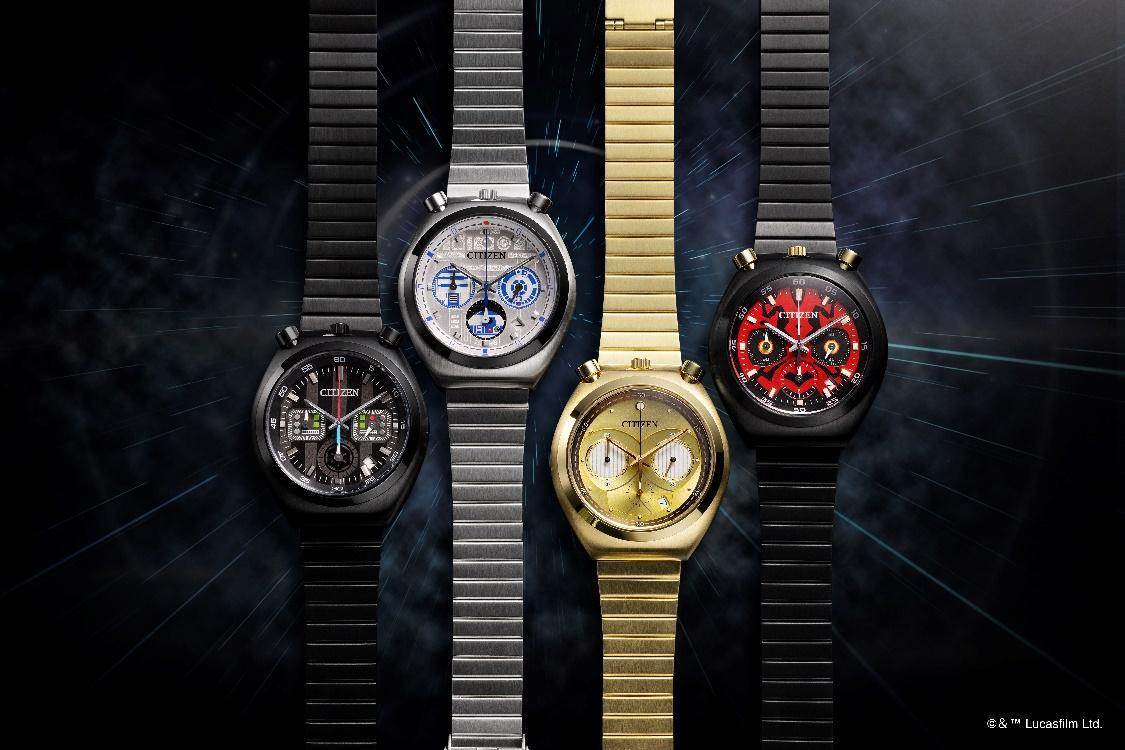 Today, May 4th, CITIZEN announced the upcoming release of a new series of Tsuno Chrono timepieces inspired by the iconic characters from the Star Wars universe. When jigsaw puzzles collide with Star Wars stories the result is awesome! Ravensburger has revealed their new collection of puzzles (with varying challenge levels) inspired by classic Star Wars movies and the fan favorite series, The Mandalorian. Animal lovers everywhere have most likely heard of Chewy.com. It is a great place to purchase plenty of different pet items online. There are some special deals going on in correlation with Star Wars Day and even a special contest if your dog looks like Chewbacca. Loungefly is bringing May the 4th to their signature bags and wallets with three new patterns inspired by the franchise. Talking about your favorite fandom —especially Star Wars—can leave you super thirsty. What if there was a way to stay hydrated and discuss all things Lucasfilm? There is! Fans can shop a variety of colorful and detailed Star Wars Geeki Tikis that will spark conversations about the original trilogy and The Mandalorian. In anticipation of this year’s festivities, shopDisney has unveiled new customizable shirts so that fans can commemorate the day in style. Just in time for Star Wars Day, Scentsy has brought back some products from a galaxy far, far away along with a few new releases. Take a look at what’s new and back in stock for a limited time. The Star Wars Day shopping deals are starting to roll in with fantastic offerings spanning the galaxy from some of the biggest Star Wars retailers. From books and clothing, to toys, collectibles, jewelry and more, there is no shortage of special discounts and deals that will appeal to every fan. I Am One With the Force: Her Universe Debuts New Light Side Fashions for Star Wars Day

For the past several years the Star Wars fan community has embraced the now official Star Wars Day (May the 4th) holiday and it keeps growing in popularity. This year, Her Universe is getting in on the fun with a lovely assortment of apparel inspired by the Light Side of the Force. There are plenty of epic movie sagas, but only one changed pop-culture forever: Star Wars! In honor of the original trilogy, CASETiFY has collaborated with Lucasfilm to bring the iconic galaxy to its modern collection of tech and lifestyle accessories—and naturally, it’s launching on Star Wars Day! 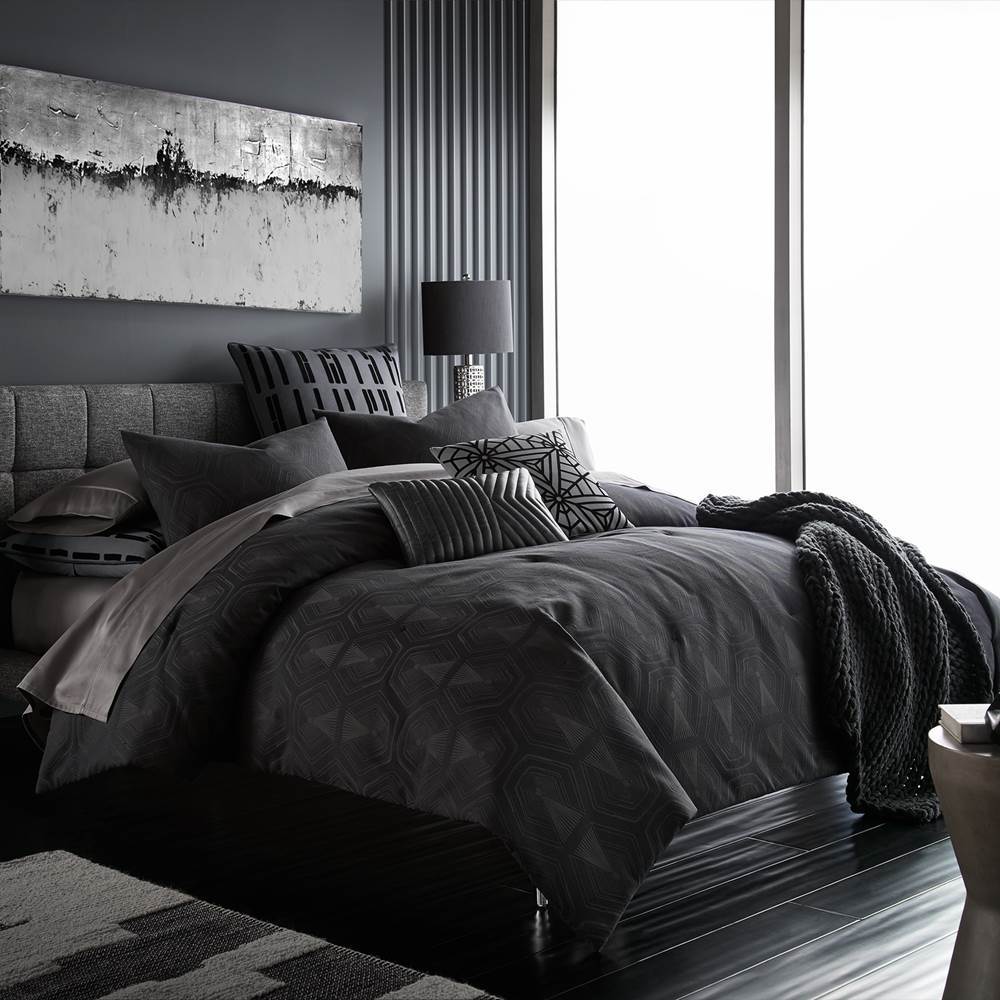 Save 25% on Star Wars Home Collection Essentials from Sobel Westex

Sobel Westex is your destination for themed bedding, towels and home decor that is distinctly Star Wars, but in a way that appeals to adults. You can geek out about the galaxy far far away with patterns and colors that embrace the essence of your favorite characters and locales with a sleek and savvy aesthetic.

"Disney Gallery: The Book of Boba Fett" to Premiere May 4th on Disney+

In the same vein as was done for The Mandalorian, May the 4th (Star Wars Day) will see the release of a new edition of Disney Gallery, focusing on The Book of Boba Fett.

Learn More: Mike recaps some of the biggest takeaways from the hour long documentary that explores the latest Star Wars series. 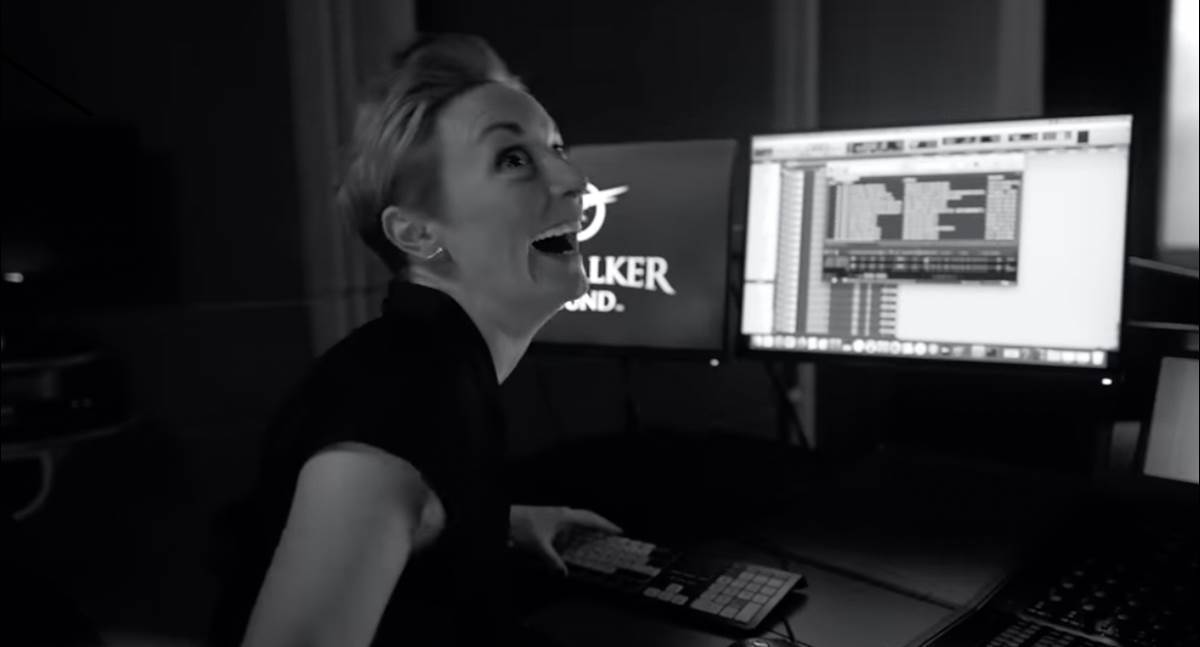 Lucasfilm and Apple To Debut New Film "Behind The Mac: Skywalker Sound" on May 4th

Lucasfilm, Skywalker Sound, and Apple have teamed up to bring Star Wars fans a closer look at the creation of the iconic sounds of the Star Wars films with a new film, debuting on May 4th. Get the Perfect Soundtrack for Star Wars Day with Spotify

Spotify can help you celebrate May the 4th as they take their Blend feature to a galaxy far, far away. Listeners can combine and share their musical tastes with popular Star Wars characters to create a shared playlist full of your favorite songs. Star Wars Gaming Deals for May the 4th

StarWars.com has revealed the full list of titles and discounts for May the 4th sales that span everything from classics like Star Wars: Episode I Racer and Jedi Knight II: Outcast to more recent arrivals such as Squadrons and Jedi Fallen Order. Kahoot! Is celebrating May 4th by launching a new Star Wars course where fans and users can put their teamwork and collaboration skills to the test! Fortnite is joining in for Star Wars Day, but it will last longer than just one day! Star Wars items from years past will be unvaulted from May 3rd until May 17th and players can use these items in special quests to unlock an Empire Banner.